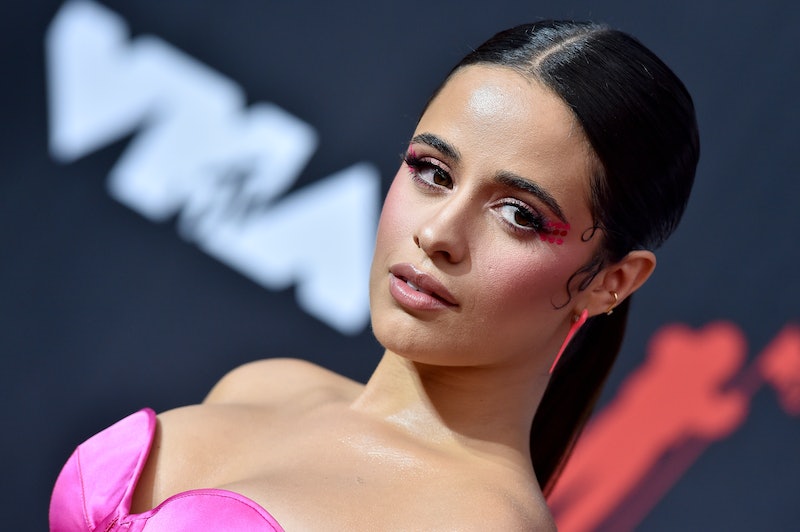 Even if you hear about stars like Gigi Hadid and Rihanna on the daily, you might be surprised to learn that those aren't actually their official legal names. In fact, there are many celebrities whose real names are different than what they go by in public — and their most diehard fans don’t always know it.

There are several reasons why a celebrity might choose to adopt an alternate name. For some, it could just be because they wish to go by their nickname or their middle name, as is the case for those like Hadid and the Duchess of Sussex, aka Rachel Meghan Markle. But for others, there could be an even more surprising reason behind their stage name.

It’s not uncommon for celebrities to choose to change their names before or as they break into stardom. Performers often take stage names (i.e. Lady Gaga) because their real name is dull, unmemorable, or maybe even taken already by someone else of fame. Some celebrities choose to take a second “professional” name in order to keep their personal lives separate from their work, and often the public doesn’t even know that the real names of actors, musicians, and other public figures are anything other than what they know them as.

If one of the most famous royals of the moment goes by a totally different name than her given one, then there are likely many other celebs out there who go by some rather interesting and unknown monikers, too. So, who else has totally changed things up? Below are 27 celebrity real names that might surprise you.

As previously mentioned, the world's very own Duchess of Sussex actually has a different real name, which is Rachel. But she's widely known as Meghan and has even been referred to as such by the Queen on numerous occasions. While Markle has never openly addressed why she goes by her middle name, rather than her given first, maybe it’s because there is an undeniable ring to a matching first letter full name.

You might be surprised to learn that Jason Momoa's real first name isn't actually Jason. (And no, Aquaman fans, it isn't Arthur.) According to his bio on IMDb, his given first name is Joseph, with Jason being one of his middle names. Who knew?

Miley Cyrus' parents had a different name in mind for their daughter when she was born. As her father, Billy Ray Cyrus, noted during a 2008 interview with Oprah Winfrey, his daughter's name was originally Destiny Hope. However, thanks to her childhood nickname of "Smiley," she quickly became known as the Miley everyone knows.

Both of the Hadid sisters' given names may be a bit surprising to learn, although definitely one more than the other. Bella Hadid's name is the less surprising of the two: The model’s full name is Isabella Khair Hadid, using the shortened “Bella” as her more recognized name.

As for the elder sister of the Hadids (don’t forget they have a younger brother, Anwar, too), Gigi Hadid's full given name is Jelena Noura Hadid. Yes, her first name is actually Jelena, like the throwback Justin Bieber and Selena Gomez couple name. Perhaps it was smart of the model to go by the nickname Gigi instead.

While her given first name, Blake, is quite unique, it's Blake Lively's real last name that might shock you. The actress (and now director) was actually born Blake Ellender Brown, but she has since changed her last name to Lively, which is the last name her mother adopted for her stage name. The rest of her family has since changed their last names, as well.

You might know him as Oscar-winning actor Mahershala Ali, but his given name is actually quite different. His real full name is Mahershalalhashbaz Gilmore, with his first name being derived from the Bible. After he converted to Islam, he changed his last name to Ali.

Kit Harington's real first name is actually Christopher. And, wildly enough, he didn't even know that until he was 11 years old. Yes, seriously — so don’t feel bad if you’re just finding out now. But Kit, which serves as a nickname for Christopher, is rather catchy (or... kitschy), no?

Olivia Munn's first name is actually Lisa. She changed her stage name to the slightly catchier Olivia, which is her middle name. The actress and model dropped her first name in 2006 and has been going by Olivia both professionally and personally ever since.

There's a pretty emotional reason behind the Mamma Mia! Here We Go Again star changing her given name (Lily Chloe Ninette Thomson) to Lily James. The actor's father, James "Jamie" Thomson, passed away in 2008. So, she decided to honor her father by adopting his first name as her last for her stage name. How sweet is that?

Everyone's favorite singer and beauty mogul, Rihanna, might be known by only one name, but it's a name that isn't her first. Her given name will ring mighty familiar to anyone who's a fan of the singer's beauty line. Rihanna's full name is actually Robyn Rihanna Fenty, with her middle name being Arabic and meaning "sweet basil."

Brad Pitt is yet another star who has decided to use his middle name as a stage moniker. The actor’s real full name is William Bradley Pitt. Seems a bit strange to find out someone whose name you’ve been saying for years is actually something different, no?

Dakota Fanning goes by her middle name. Known for her performances in movies including The Twilight Saga and Uptown Girls, her actual first name is Hannah. To be fair, Dakota is a bit more memorable than Hannah.

Interestingly enough, just like her older sister, Elle Fanning goes by her middle name. Her given first name is actually Mary. Another couple of celebs going by their middle names — noticing a trend here?

Camila Cabello's real first name is actually Karla. As she explained, in a behind-the-scenes clip for her "Havana" music video in 2017, “Karla is my first name, Camila is my middle name. Long story short, my family always called me Camila." Another middle name preference in Hollywood?

We all love Maisie Williams as Arya Stark in Game of Thrones. As it turns out, though, the English actress’ first name is actually a nickname for her real first name: Margaret. To be more precise, her full name is Margaret Constance Williams. The more you know!

Vin Diesel's actual name is very different from his stage one. The action star was born Mark Sinclair, but obviously changed his name to the catchy moniker he's known by today. At this point, it’s hard to imagine him going by anything other than Vin Diesel.

Rooney is definitely an interesting and memorable moniker. Like many others on this list, it's actually her middle name: Her given first name is Patricia.

Alicia Keys is known for her powerful singing voice and her undeniable talent, but she's not known by her given name of Alicia Cook. Her stage name of Keys ties in perfectly with her legendary career in music.

Emma Stone, whose real first name is Emily, made a slight change when forming her stage name. As for the reason behind the switch, she has explained that her given moniker, Emily Stone, was already taken by another actress in the Screen Actors Guild.

Solo artist and member of Silk Sonic Bruno Mars was actually born Peter Gene Hernandez. The name Bruno was derived from a nickname he received when he was younger, as his family felt that he resembled wrestler Bruno Sammartino.

Nina Dobrev shortened her given name when it came to choose one for acting purposes. She was born Nikolina Konstantinova Dobreva — which, to be fair, seems pretty long for signing signatures and casting calls. Nina is nice, short, and easy to spell and read.

Dove Olivia Cameron, best known for her leading role in the Disney Channel comedy series Liv and Maddie, legally changed her name to what it is now when she got into acting for a very personal and emotional reason. She was born Chloe Celeste Hosterman, but she decided to change it in honor of her late father. In 2017, Cameron replied to a user on Twitter who asked her about it, saying, “My father always called me dove. he took his own life when i was 15, i didn't get to say goodbye, so i changed it in honor of him.”

The sultry singer songwriter was born Elizabeth “Lizzy” Woolridge Grant, which gives off a totally different vibe than her stage name. She chose Lana Del Rey after spending a lot of time in Miami with Cuban friends, as the name reminded them of the glamorous side of being near the sea. Even though she is originally from New York, the name more accurately represents her moody West Coast cool girl music style.

The actress and filmmaker’s real name is Olivia Jane Cockburn. She changed it, however, as a way to separate her personal life from her professional life. For her stage name, Wilde decided to change her surname as a tribute to author and playwright Oscar Wilde and in turn the writers in her own family.

Katy Perry was born Katheryn Elizabeth Hudson. She chose to change it as she pursued a musical career in Hollywood, because she feared it would be too similar to actress Kate Hudson. And thus, the iconic Katy Perry we all know and love was born.

Singer-songwriter John Legend is a name that nearly everyone knows, and for good reason. His real name, though, is John Roger Stephens. The story goes that while he was attending the University of Pennsylvania, someone gave him the idea to change his name to John Legend, because his voice sounded akin to an old-school soul singer — one of the legends, you might say.

The next time you hear the names of one of these celebs, you'll now be in the know about their not-so-secret, real moniker.

This article was originally published on March 15, 2019