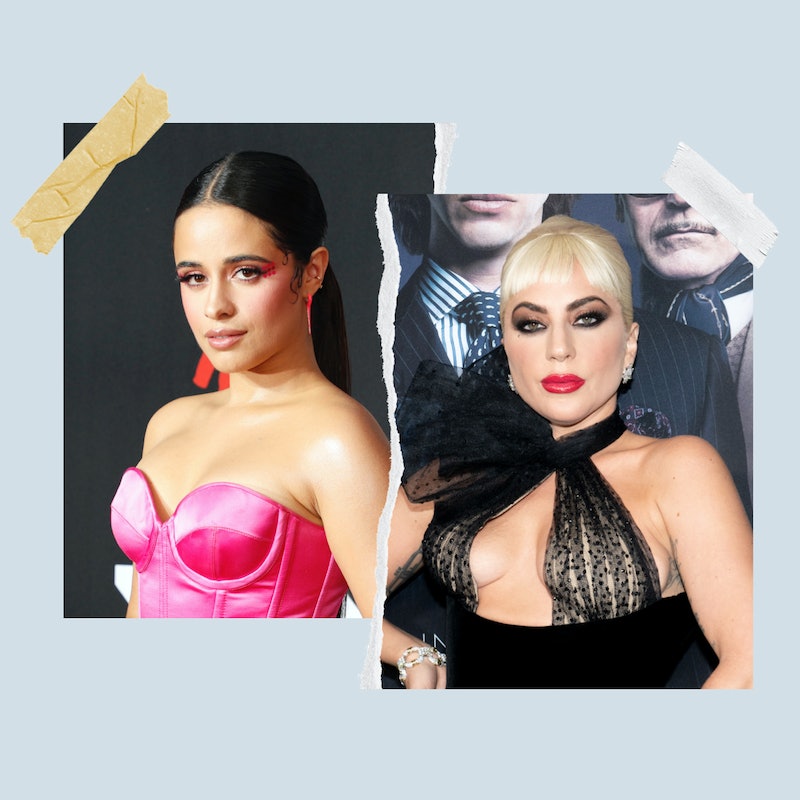 There’s a lot to be thankful for this year (family, friends, and Pfizer, to name a few), and your favorite celebrities aren’t taking any of it for granted. On Thursday, Nov. 25, several A-listers took to social media to share what they’re most grateful for this Thanksgiving, even if things have been rough lately. Camila Cabello, for example, revealed that she’s extremely thankful for her pets just one week after announcing her split from pop star Shawn Mendes.

“I have a lot to be thankful for, but I’m especially grateful that I gotta whole squad trying to hang w me while I meditate 🧘‍♀️,” the “Don’t Go Yet” singer wrote alongside a video of her relaxing on the couch with her three dogs. Tarzan, the golden labrador that she and Mendes adopted together last year, appears on her lap in the clip while her other two pups sit calmly on the floor.

“I’m very thankful for all of you on here who send me love, listen to my music, and support me on this creative/ life journey!” The Fifth Harmony alum continued, adding that she’s especially grateful for the “love, kindness, and support” from fans. “I’m sending it to all of you right back!” she wrote. “After all, we’re all alive at the same time in this crazy, confusing, magical world and I do believe we’re all interconnected and are never truly alone.”

The “Señorita” singer isn’t the only one feeling thankful today. In a video shared by The Late Show with Stephen Colbert, Lady Gaga said that she appreciates her “hard-working Italian-American family” and the city of New York. “Thank you to all of our health care workers, our doctors, our nurses, and frontline workers,” she said. “We couldn’t have done this without you.”

Elsewhere in the video, Andy Cohen, Dwyane Wade, Aubrey Plaza, Andrew Garfield, Jon Batiste, and more celebrities gave their own Thanksgiving messages. On social media, several stars who weren’t featured in the video sent messages of love and gratitude to their family, friends, and fans.

“Happy Thanksgiving from Sunny and our entire family!” the former First Lady wrote on Instagram next to a photo of the Obama family pup. “We hope you all have a wonderful day, giving thanks for everyone you love.”

After sharing a Thanksgiving video message from her and her husband, Doug Emhoff, the Vice President took to Twitter to send her condolences to those who lost a loved one as a result of the COVID-19 pandemic.

“Happy Thanksgiving everyone!” the “Sucker” crooner wrote on Instagram alongside a photo of him and his wife snuggling on the couch. “Grateful for you @priyankachopra.”

“Let’s have a parade!!!!!” Guthrie wrote next to a picture of her and her TODAY co-anchor Hoda Kotb from the annual Macy’s Thanksgiving Day Parade. In a separate post, she expressed how thrilled she was to be spending the morning with Kotb and Al Roker. “Thankful to spend thanksgiving with these two!” she wrote. “TEN years with Macy’s Parade — time really does fly when you’re having fun!”

The My Unorthodox Life star took to Instagram to share a series of photos with her new puppy Thor after her recent split from husband Ben Weinstein. “Thankful,” she wrote as she held her pup in front of a festive Thanksgiving tablescape.

“Happy #Thanksgiving from me and mine to you and yours,” the “Jolene” singer wrote next to a throwback photo of her and her husband Carl Thomas Dean.

More like this
The 2023 Super Bowl Commercials Feature A 'Breaking Bad' Reunion & Missy Elliott
By Alyssa Lapid
4 Surprising Celeb Throuples That Got The Internet Talking
By Sophie McEvoy
'RHOSLC’s Heather & Whitney Are Still On A “Friendship Break” After Season 3 Reunion
By Jake Viswanath
Everything To Know About 'RHOSLC' Season 4
By Jake Viswanath
Get Even More From Bustle — Sign Up For The Newsletter
From hair trends to relationship advice, our daily newsletter has everything you need to sound like a person who’s on TikTok, even if you aren’t.