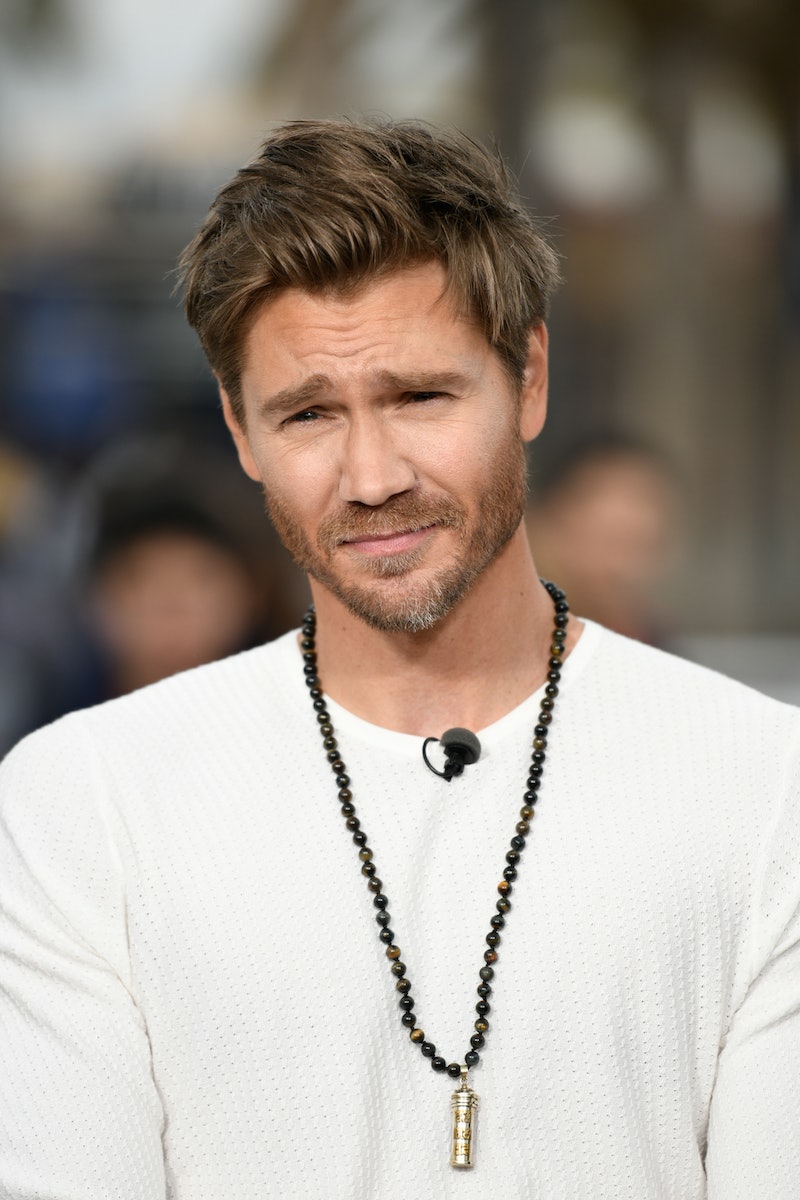 In the CW drama One Tree Hill, audiences watched the Tree Hill locals grow out of their high school jerseys (go Ravens!) and into complex adults over nine seasons. A decade since it went off the air in 2011, the show still retains a cult following keen on series crossovers and reunions.

But fans aren’t the only ones recalling the characters’ time in the fictional town. Stars Sophia Bush, Hilarie Burton, and Bethany Joy Lenz even launched a dedicated podcast to discuss the early aughts show. There is one cast member, however, who refuses to watch the series: Chad Michael Murray.

During this year’s Christmas Con, which Murray attended, the 41-year-old spoke about his time on the show as teen heartthrob Lucas Scott and why he’s terrified to watch. According to a People report, Murray told the audience, “It's a section of my life that I deleted. A lot of development, a lot of growth as a human being, and [I] just deleted so much of it.”

The Riverdale actor continued, “I think we have hard drives, right? I'm probably like, you know when you get an iPhone that holds like 264 gigs: I'm down on a 32 gig phone because of old information, so booting everything up. So I think I'm deathly afraid.”

His co-star Lenz, who was also at Christmas Con, empathized with the actor, adding that she, too, felt “really afraid” to rewatch the show in preparation for their discussions on the Drama Queens podcast. “When you think about where you were in your personal life, and the things that you went through, the mistakes you made, all those transitions,” she said. “Watching those things can really bring back all the memories, embarrassing moments, things you're ashamed about, choices you made that you're not proud of.” And though she was scared that the experience would be “a non-stop barrage of shame of all the stupid s**t that I did in my life,” she said it ultimately wasn’t the case.

Murray didn’t expound on what exactly he was alluding to, but his tenure on the show also marked his marriage to Bush, who played his on-again, off-again girlfriend Brooke Davis. The pair started dating after the show aired in 2003 and wed in Santa Monica two years later. They divorced shortly after in 2006.

While Bush openly talks about her Tree Hill days, especially in Drama Queens, she steers clear of discussing her marriage to Murray. In a 2017 op-ed for Cosmopolitan, Bush wrote, “I refuse to let that one relationship define me, which is why I’ve done my best to avoid discussing it for 10 years. The reality is that, yes, it was a massive event in my life. And the trauma of it was amplified by how public it became.”

A year later, in a December 2018 guest appearance on Dax Shepard's Armchair Expert podcast, Bush, again, explained why she doesn’t talk about Murray. The Chicago P.D. star said, “A. is because everyone's been 21 and stupid, but if you're in our job, for some reason, people wanna talk to you about like, when you're fully-fledged adults who've done really amazing sh*t with your lives, they wanna talk to you about the dumb thing you did in college basically.”

Though Murray won’t watch the series himself, he’s had no qualms about revisiting his character’s jerseys. Just last month, Murray returned to Wilmington, North Carolina set along with the rest of the gang for a reunion.

Murray has also been vocal about the long-standing impact the show has — including its ability to draw in a new audience. “A lot of these people grew with me and now there's a whole new generation out there of 11-to-12-year-old girls and boys that are watching it for the first time on Netflix and it's just crazy how much it touches people,” Murray told Bustle in 2016.

About his role, he added, “It's such an honor and it was such a great part of my life.” He even shared his thoughts on what Lucas has likely been up to. “I think he has two or three kids by now and is happily married. His oldest would probably be six or seven years old by now, so they're probably starting on their own Tree Hill journey,” the actor told Bustle. “I think that's what's really cool, to think of the next generation growing up and going through some of the issues that are so universal.”

More like this
Hilary Duff Is “Optimistic” About A 'Lizzie McGuire' Reboot
By Alyssa Lapid
'Friends' Star Maggie Wheeler Offers Support To Matthew Perry After Reading His Memoir
By Alyssa Lapid
Twitter Can’t Believe The Madonna Biopic Is Scrapped & Fans Have A Solution
By Alyssa Lapid
Mel B Thinks These Celebs Should Play Them In A Spice Girls Movie
By Alyssa Lapid
Get Even More From Bustle — Sign Up For The Newsletter
From hair trends to relationship advice, our daily newsletter has everything you need to sound like a person who’s on TikTok, even if you aren’t.