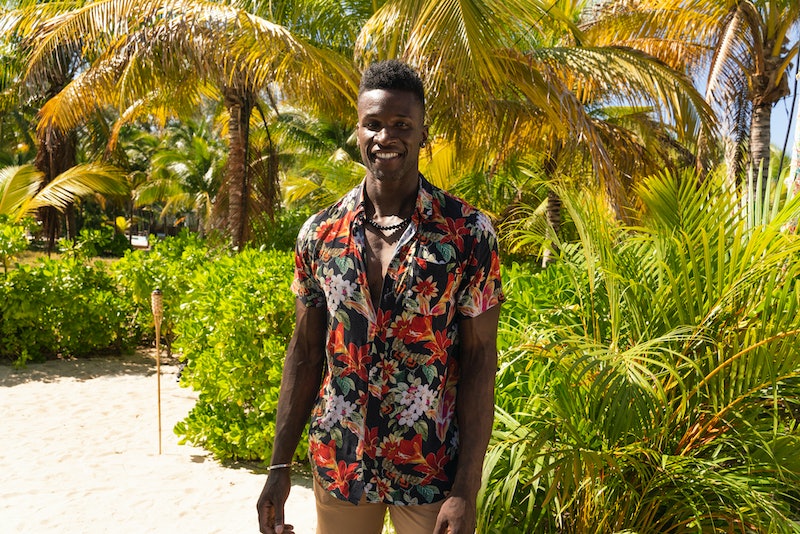 HBO Max’s new dating show FBoy Island sequesters 12 self-proclaimed “nice guys” and 12 “fboys” on an island and leaves the three leading women to determine which men are which. At first glance, contestant Chaun Williams seems like he’s in the former camp. He enjoys Facetiming with his mom and says his ideal date is “a candelit dinner on a lake after a day of wine tasting at a local winery,” which suggests he’s both family-oriented and a classic romantic. Then again, sometimes the biggest Fboys are the ones who come across as nice.

At 35, Chaun is one of the older contestants on the show, which could mean he’s ready to find someone to settle down with — or that he’s a perpetual bachelor. Leads CJ, Sarah, and Nakia will have to judge for themselves if Chaun is as good as he seems — or if he’s just on the show for a shot at the $100,000 prize. Here’s what else to know about the Las Vegas native.

As an image consultant, fitness model, and Cirque Du Soleil performer, Chaun is a multi-hyphenate. Most recently, he performed in the Las Vegas Cirque Du Soleil show Zumanity at the New York-New York Hotel and Casino in 2020. You can spot him in the pastel green suit in the photo below:

According to Chaun’s LinkedIn page, he joined the cast of Zumanity in 2015. Prior to that, he was a professional dancer with the Las Vegas-based male revue show Chippendales.

Although it doesn’t appear to be his primary job, Chaun also seems to have a pretty successful modeling career. He recently appeared in a New Bottega campaign that starred Naomi Campbell and was shot by famous photographer David LaChapelle. He also played the love interest in a music video for country artist Ashlie Amber’s single “These Nights.”

In addition to his modeling and performance work, Chaun has an online weight training course through the Wispence app, and has written an ebook on Men’s Physique competition, which is available on Amazon.

Chaun has a little over 7,000 followers on his Instagram page, where he primarily posts modeling photos — and yes, he’s shirtless in approximately 50% of them.

Chaun’s Instagram makes it clear he values family — his mom is in most of the only non-modeling posts on his feed. Most recently, Chaun posted a very sweet video of him surprising her on a family trip with the hashtag #MamasBoy.

Beyond that, Chaun enjoys spending time in the outdoors doing activities such as hiking, training, and cycling. Whether it’s going to dinner, clubs, or seeing shows on the Las Vegas strip, he loves to be out and about in his city. But he also loves his time at home — specifically, spending time with his two adorable chihuahuas, Wendy and Herman.