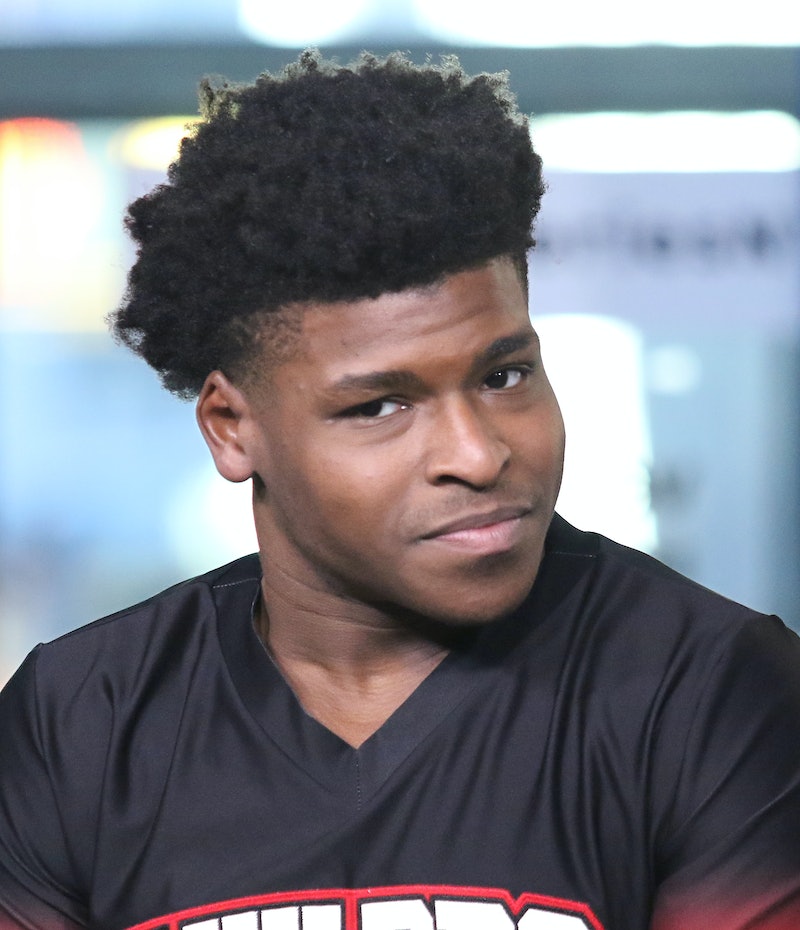 The star of Netflix’s hit reality series Cheer, Jerry Harris, 22, has been sentenced to 12 years in prison. Harris received the verdict on Wednesday, July 6, at a federal court in Chicago after prosecutors argued the reality star had used his fame to “persuade and entice” underaged victims, per The Independent. This comes after Harris pleaded guilty in February 2022 to charges of soliciting sex from minors and receiving child abuse images.

A shock to fans of the TV personality, Harris was arrested in September 2020 after the parents of two 14-year-old twin boys filed a lawsuit against the Cheer star. Following a subsequent FBI investigation into the cheerleader, Harris has remained in custody at a federal detention facility.

In December 2020, the reality star was indicted on further charges alleging misconduct in Illinois, Florida, and Texas. Per the Guardian, he later admitted to the FBI that he had requested sexual photographs from a teenage boy and, according to the indictment, also requested several images of child sexual abuse on Snapchat.

Harris was one of the breakout stars of Netflix’s Cheer, which followed a cheerleading squad in Corsicana, Texas. Following reports of his arrest in 2020, Cheer coach Monica Aldama said she was “devastated” by the accusations made against Harris. “Our children must be protected from abuse and exploitation, and I'm praying hard for the victims and everyone affected,” she said in a statement.

Meanwhile, a spokesperson for Netflix also said in a statement at the time: “Any abuse of minors is a terrible crime and we respect the legal process.”

If you or someone you know has been sexually assaulted, you can call the National Sexual Assault Telephone Hotline at 800-656-HOPE (4673), visit online.rainn.org, or head to Rape Crisis UK.

More like this
Helena Bonham Carter Doesn't Think 'The Crown' “Should Carry On"
By Sam Ramsden
A New Netflix Doc Will Explore The Unsolved Murder Of Jill Dando
By Sam Ramsden
Yes, 'The Price Of Glee' Is Available To Watch In The UK
By Catharina Cheung
Everything To Know About The 'Daisy Jones & The Six' TV Series
By Maxine Harrison and Brad Witter
Get The Very Best Of Bustle/UK
Sign up for Bustle UK's twice-weekly newsletter, featuring the latest must-watch TV, moving personal stories, and expert advice on the hottest viral buys.