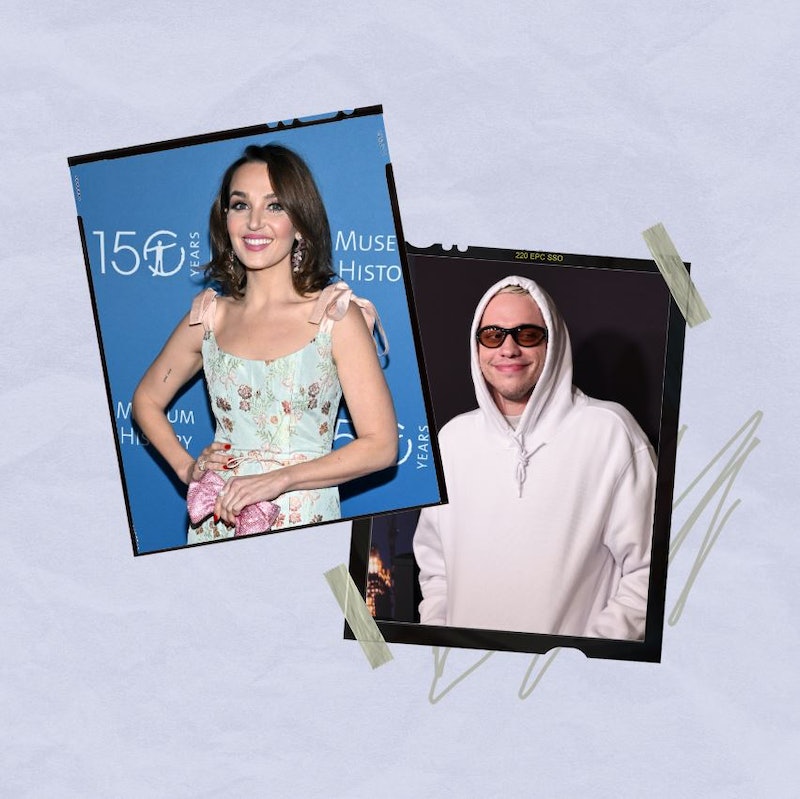 Taylor Swift may have sung about having “a long list of ex-lovers,” but is anyone’s as star-studded as Pete Davidson’s? It’s become a running joke online that any newly single star should turn to the Saturday Night Live vet for a rebound, and he’s been linked to such A-listers as Kim Kardashian, Ariana Grande, and Kate Beckinsale, among others. Amid it all, there have been countless think pieces about his appeal — to the point that the people who have dated him, or even just know him, keep having to explain his charm.

Most recently, it was Davidson’s former colleague, SNL star Chloe Fineman, who tried to explain why so many women are drawn to him. Speaking to Page Six at the 2022 American Museum of Natural History Gala on Dec. 1, she called him “deeply charming.” After the comedian started working with him on SNL, she said, she even went around to “all of [her] girlfriends,” telling them, “I get it,” about his appeal.

And she is by no means the only one. Apparently, she has multiple friends who have dated Davidson, and they gave him positive reviews based on their experiences. They “report back nice things,” Fineman added to the outlet.

Like Fineman’s unnamed friends, other women Davidson has dated have looked back at their time together fondly. Grande famously sang about him on her album Thank U, Next, and in the titular song, she even included the lyrics, “And for Pete I’m so thankful.” (Things seemed to get a tad salty on Davidson’s part, though, after Grande told Vogue in August 2019 that their relationship was “an amazing distraction” and “highly unrealistic.”) Later, following her own split from the King of Staten Island star, Kardashian called him “a cutie” in Interview magazine in September, adding, “He’s literally such a good person, they don’t really make them like him anymore. I’m excited for what he has coming up.”

Davidson is currently linked to model Emily Ratajkowski, who filed for divorce from her ex Sebastian Bear-McClard in September. The two had “been talking for a couple months” as of mid-November, a source told Us Weekly at the time, and were still “in the very early stages, but really like each other.” Though Davidson and Ratajkowski haven’t gone public with details about their relationship, she sang his praises during a 2021 Late Night with Seth Meyers interview. Recalling a photo shoot they once did together, she speculated that “only other men” don’t get his appeal and listed several of his selling points: “He seems super charming, he’s vulnerable, he’s lovely, his fingernail polish is awesome. Like, he looks good. He’s great!”

At some point, you’d think all these ringing endorsements — from friends, co-workers, and even exes — would finally put the issue to rest.

More like this
Pedro Pascal Barely Got Through The "Lisa From Temecula" 'SNL' Sketch
By Stephanie Topacio Long
Michael B. Jordan Tackled His "Public Breakup" With Lori Harvey On 'SNL'
By Brad Witter
Who Is Pete Davidson Dating? He & Chase Sui Wonders Got Caught Kissing
By Jake Viswanath
'Knock At The Cabin' May Start Streaming Sooner Than You’d Think
By Jake Viswanath
Get Even More From Bustle — Sign Up For The Newsletter
From hair trends to relationship advice, our daily newsletter has everything you need to sound like a person who’s on TikTok, even if you aren’t.