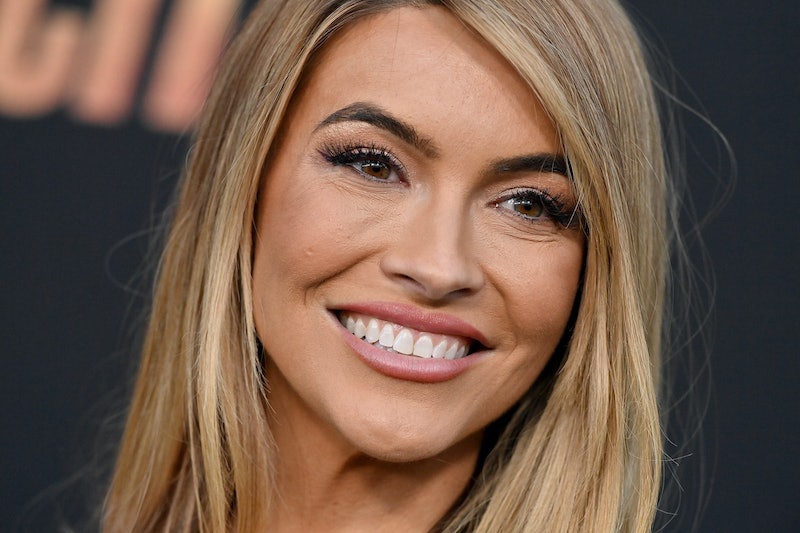 Much has changed since Chrishell Stause and Justin Hartley’s divorce proceedings began in 2019. The Selling Sunset fave started (and ended) a relationship with her co-star and fellow real estate pro, Jason Oppenheim, wrote a book, and found a new place to call her own. Stause served as her own agent on the Hollywood Hills mansion deal, she told Bustle last year, describing it as a “big girl step.” And she paid for this massive move toward independence in a genius way.

Stause’s new four-bedroom, four-and-a-half bathroom home isn’t just a symbol of her moving on from that divorce — it’s a product of it, too. As she revealed on The Kelly Clarkson Show on April 7, she actually sold her wedding ring and put the money toward her mansion. “I will say, when sometimes life gives you lemons, sometimes you gotta add a little vodka,” she said. “So yeah, I was trying to, you know, make the best out of a situation ... you try to find your positive.”

Clarkson was all for it, describing the practical transaction as an “amazing” move: “I mean, what are you supposed to do? Keep wearing it?”

It’s not the first time Stause has been open about her divorce, or finding the good in it. During her interview with Bustle, she said she’s since learned to see the divorce as a “gift,” even though “it was the hardest thing I’ve gone through.” The split from her husband of two years took Stause by surprise at the time — as she revealed on Season 3 of Selling Sunset, she found out Hartley had filed for divorce by text message. “Forty-five minutes later, the world knew,” she said.

Hartley, for his part, was reportedly “irritated” that the couple’s split was detailed on the show “and knows there is more to the story than is being told,” a source told Us Weekly at the time. “His close friends and family know what really happened, as does Chrishell, so ultimately it’s her choice of what is put out there.”