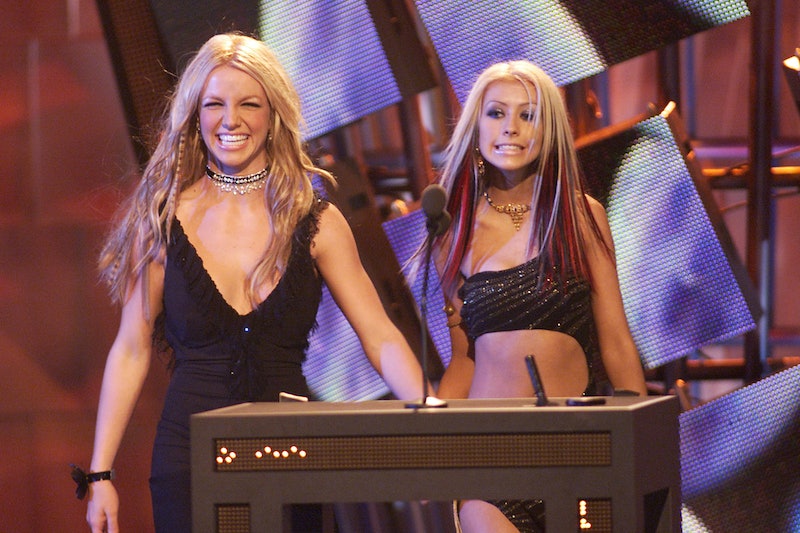 Mouseketeers have to stick together, especially in times of struggle. Christina Aguilera just spoke out in support of Britney Spears five days after Spears addressed her controversial conservatorship publicly for the first time on June 23 in a landmark court hearing. Spears called it “abusive” and explained how traumatized she is from the rigid restrictions set by her conservator and father Jamie Spears since the legal arrangement was instated in 2008.

Aguilera took to Twitter on June 28 to argue on behalf of her former Mickey Mouse Club co-star, warning about the harmful impact of Spears’ conservatorship. “It is unacceptable that any woman, or human, wanting to be in control of their own destiny might not be allowed to live life as they wish,” she wrote in a series of tweets. “To be silenced, ignored, bullied or denied support by those ‘close’ to you is the most depleting, devastating and demeaning thing imaginable. The harmful mental and emotional damage this can take on a human spirit is nothing to be taken lightly.”

Aguilera acknowledged that she was not privy to the logistics behind Spears’ situation, but she explained that she felt the need to publicly support Spears after hearing her emotional testimony. “The conviction and desperation of this plea for freedom leads me to believe that this person I once knew has been living without compassion or decency from those in control,” she added.

During the court hearing, Spears outlined a 2019 incident where she was allegedly held against her will at a mental health facility and put on lithium by her therapist after attempting to change a dance move during rehearsals for her canceled Las Vegas residency Domination. She also revealed that she’s forced to wear an IUD to prevent her from getting pregnant as she’s not allowed to have children or get married under the conservatorship. “Every woman must have the right to her own body, her own reproductive system, her own privacy, her own space, her own healing and her own happiness,” Aguilera wrote in response.

Aguilera joins a sea of celebrities that are voicing their support for Spears, including Mariah Carey, Cher, and even Spears’ ex-boyfriend Justin Timberlake. “Regardless of our past, good and bad, and no matter how long ago it was … what’s happening to her is just not right,” he tweeted on the day of Spears’ hearing. Aguilera concluded her own statement by wishing only the best for Spears. “My heart goes out to Britney,” she wrote. “She deserves all the TRUE love and support in the world.”

Aguilera and Spears are considered peers as their music careers simultaneously ascended in the early 2000s, individually solidifying themselves as pop superstars. The pair are not close friends and haven’t worked together since their MMC days, aside from that performance with Madonna at the 2003 MTV Video Music Awards, but they have always shown mutual respect for one another. Plus, Aguilera can do a spot-on impression of Spears, as proven through skits on The Voice and The Tonight Show Starring Jimmy Fallon.

More like this
Britney Spears Shares & Deletes Photos Of Justin Timberlake From 22 Years Ago
By Jake Viswanath
Britney Spears Shared The Real Reason She Shut Down Her Instagram Account
By Brad Witter
20 Years Ago, J.Lo Was Supposed To Kiss Madonna With Britney At The VMAs
By Jake Viswanath
Austin Butler Recalls Lisa Marie Presley Showing Him Elvis’ Bedroom
By Jake Viswanath
Get Even More From Bustle — Sign Up For The Newsletter
From hair trends to relationship advice, our daily newsletter has everything you need to sound like a person who’s on TikTok, even if you aren’t.