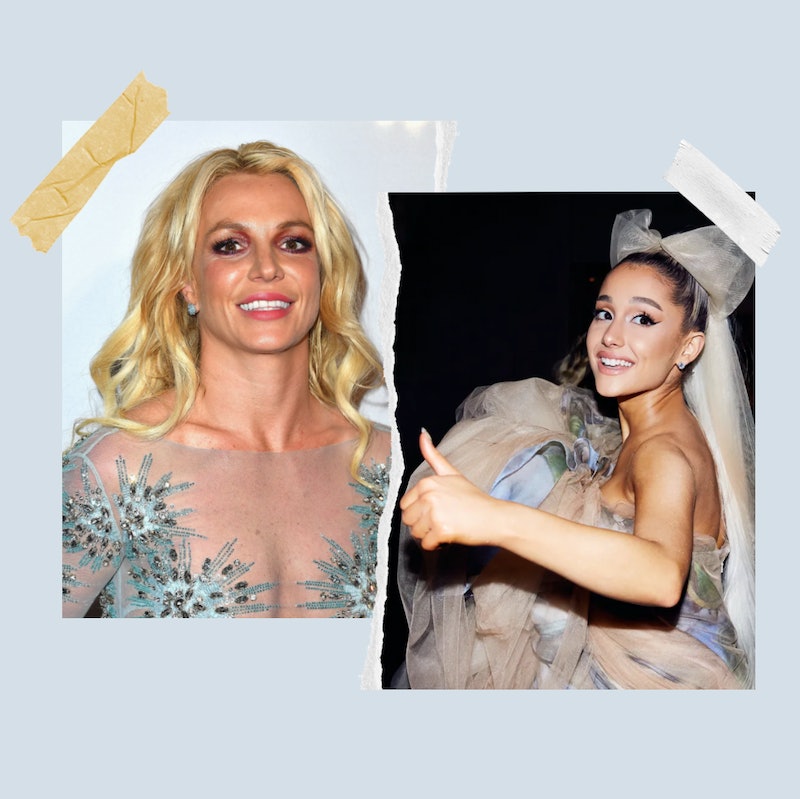 All eyes are on Britney Spears after the “Circus” singer spoke at her second hearing on July 14 to end the contentious conservatorship she’s been under since 2008. This hearing follows Spears’ first court appearance on June 23, when she described the 13-year-long legal arrangement as “abusive.” Spears participated remotely in Wednesday’s hearing via a call. Her request to hire her own attorney to represent her after her previous court-appointed lawyer, Samuel D. Ingham III, resigned from his position was approved by Judge Brenda Penny.

The conservatorship has given her father, Jamie Spears, control of her finances and personal decisions. In June, Spears told the judge that she was sent to a mental health facility in 2019 against her will after attempting to change one dance move during rehearsals for her canceled Las Vegas residency. As a result, she claimed her therapist was called and her medications were switched. Even worse, no one apparently stepped in to help. “Not only did my family not do a goddamn thing, my dad was all for it,” she said. That was just one example of how the legal arrangement has taken away her freedom. The “Toxic” singer said she was also forced to wear an IUD to prevent her from having another child, which her conservators won’t let her remove.

Following both hearings, fans were left with mixed emotions. On one hand, they were glad that the “...​Baby One More Time” singer had the opportunity to speak her truth. On the other, they were angry that this was allowed to continue for so many years. Celebrities — many who know Spears personally — were equally as outraged by what she’s gone through, and many took to social media to stand in solidarity with her during this difficult time.

Celeb Reactions After the July 14 Hearing

Among the latest stars to show their support for the #FreeBritney movement is global superstar Ariana Grande, who wrote, “YOU ARE SO VERY LOVED AND SUPPORTED,” in the comments section of a Instagram video that Spears posted after her July 14 hearing. In the video, Spears celebrated the progress in her legal battle by horseback riding and doing cartwheels, captioning the post: “Coming along, folks ... coming along !!!!! New with real representation today ... I feel GRATITUDE and BLESSED !!!! Thank you to my fans who are supporting me ... You have no idea what it means to me be supported by such awesome fans !!!! God bless you all !!!!!” Spears’ caption also included a middle finger emoji. Grande also shared Spears’ post on her own Instagram Story, writing “FREE BRITNEY” and a barrage of white heart emojis.

In the comments below the celebratory video, Spears’ boyfriend Sam Asghari, an actor and model, wrote, “Internet is about to explode.” Bridgerton star Nicola Coughlan also shared her support below the video on Twitter, adding: “we all love you!”

Meanwhile, Backstreet Boys member AJ McLean spoke with SiriusXM's Andy Cohen Live and showed his support for Spears. “My thoughts and prayers are with her. I am 100% Team Britney,” he said. “I pray for her, I really feel in my heart that she’s going to break free of all of this and I really hope that she does.” Calling the conservatorship “grotesque” and “not fair,” McLean recounted a recent experience where he ran into her at a cupcake shop. “The last time I saw her it broke my heart,” he revealed. “She just kind of had this glass face like she just didn’t know who was there. It took her a minute, then she realized it was me and we hugged and talked for a brief moment. I could just see that this wasn’t her. Like I’m not looking at the person I knew from years and years ago.”

Celeb Reactions After the June 23 Hearing

On July 9, just days before Spears’ second testimony on the conservatorship, Madonna spoke out in support of her “Me Against the Music” collaborator — and subject of her infamous VMAs kiss. Posting a vintage picture of herself wearing a “Britney Spears” t-shirt, the Queen of Pop advocated “give this woman her life back” on her Instagram story. “Slavery was abolished long ago!” she wrote. “Death to the greedy patriarchy that has been doing this to women for centuries. This is a violation of human rights! Britney, we coming to get you out of jail!”

Justin Timberlake tweeted his unequivocal support for his famous ex months after issuing a public apology to Spears for his past misogynistic behavior. “After what we saw today, we should all be supporting Britney at this time,” he wrote. “Regardless of our past, good and bad, and no matter how long ago it was… what’s happening to her is just not right. No woman should ever be restricted from making decisions about her own body.” Timberlake added that “no one should EVER be held against their will” and he urged the court and Spears’ family to “let her live however she wants to live.”

On June 28, Christina Aguilera advocated for Spears in a series of tweets. “It is unacceptable that any woman, or human, wanting to be in control of their own destiny might not be allowed to live life as they wish,” she wrote. Aguilera was also devastated to learn that her former Mickey Mouse Club co-star isn’t in control of her own body. “Every woman must have the right to her own body, her own reproductive system, her own privacy, her own space, her own healing and her own happiness,” she wrote, adding that while she doesn’t know what happened “behind closed doors,” she felt compelled to speak out in defense of her old friend. “The conviction and desperation of this plea for freedom leads me to believe that this person I once knew has been living without compassion or decency from those in control,” she said.

Halsey also came to the music icon’s defense on Twitter. “Bless Britney and I hope with my whole heart she is awarded freedom from this abusive system,” the “Without Me” singer wrote after the hearing. “She deserves it more than anything. I admire her courage speaking up for herself today.” In a separate tweet, Halsey sent a clear message to anyone policing women’s bodies. “F*ck anyone who thinks they have the authority as an institution or individual to control a person’s reproductive health,” they added.

Jameela Jamil echoed Halsey’s hope that Spears will soon be free from her conservatorship. “Wishing all the luck in the world to Tahani’s good friend, Britney Spears today,” she tweeted. “It is the most bizarre theft of freedom that has happened right in front of our eyes for over a decade now, and I hope she finds assistance with organizing her life that she is comfortable with now.”

Many other stars sent short, yet poignant messages to Spears in the wake of the hearing. “We love you Britney!!! Stay strong,” Mariah Carey tweeted. Khloe Kardashian had a similar response. “No one should be treated like this,” she wrote. “Stay strong Queen!! You deserve better.” Brandy sent love not just to Britney, but to the fans who’ve been fighting for her freedom for many years now. “Sending all my love and support to Britney Spears and her fans,” she tweeted.

Modern Family star Jesse Tyler Ferguson expressed his support as well. “Britney deserves freedom,” he wrote on Twitter. “She deserves to reap the rewards of her years of hard work. Britney deserves to be happy.” A long list of other celebrities posted the #FreeBritney hashtag or other short messages of love and care amid Spears’ ongoing legal battle.

Clearly, Spears has a lot of support as she continues the battle to end her conservatorship. And although celebrities are angry about the unfair treatment she has endured for over a decade, no one is angrier than Britney herself. “He loved the control he had over me, one hundred thousand percent,” Spears said of her father, adding that anyone involved in the conservatorship “should be put in jail.” She also spoke openly about the emotional toll this has taken. “I’ve lied and told the whole world I’m OK and I’m happy,” she said. “If I said that enough, maybe I’d become happy. I’m in shock. I’m traumatized. I’m so angry, it’s insane.”

READ NEXT: How Britney Spears' Family Reacted To Her Conservatorship Hearing

More like this
Ed Sheeran’s Surprise Gig Included An Iconic Britney Spears Tribute
By Bustle Editors and Darshita Goyal
Who Is Nick Cannon Dating & How Many Kids Does He Have?
By Jordyn Tilchen and Radhika Menon
Khloé Kardashian Is Reportedly Dating A Private Equity Investor She Met Through Kim
By Jordyn Tilchen and Jake Viswanath
How To Apply For 'Survivor' & Tips On How To Get Cast
By Meg Walters
Get Even More From Bustle — Sign Up For The Newsletter