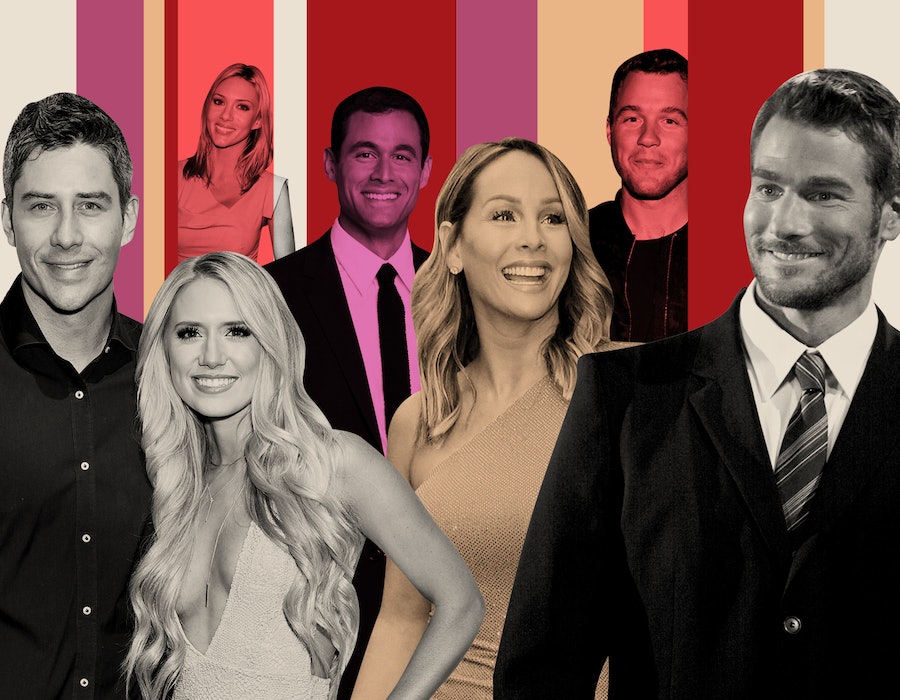 I can only imagine that a few months back, there was an internal uprising at ABC over how to market Clare’s Bachelorette season. PR ignited their biannual petition to Please, god, use anything other than the phrase “most dramatic season ever.” Bright-eyed interns debated whether words like “wild” or “absurd” might be a better fit. But Chris Harrison and crew steamrolled on. Why reinvent the wheel when you can just patch that baby up, bolt on some out-of-context sound bites, and call it a day?

If it weren’t airing in the midst of a truly dystopian reality, Clare’s expected-but-technically-unprecedented exit from the show on Thursday night may have actually stood up as the most dramatic moment in Bachelor franchise history. But in the interest of science (and keeping our collective masochism in check), we’re putting it to the test. For our purposes, we’ll use Merriam-Webster’s English Language Learner’s definition of “dramatic,” specifically “sudden and extreme,” “greatly affecting people’s emotions,” and “causing people to carefully listen, look, etc.” In other words, how does this “most dramatic” moment rank among the franchise in terms of bodily response on a scale from “childhood self eating Cinnamon Toast Crunch in bed” to “heart rate so high, we’d better get the barf bag?” Let’s discuss!

Brad Choosing No One

Remember in 2007 when Brad Womack became the first Bachelor to reject both of his final ladies? I honestly sort of forgot about it, but watching the clip now is a portal to a simpler time when Fab Fit Fun SponCon didn’t exist and we didn't devote so many hours to trying to load Reality Steve’s website for spoilers. Though the actual moment was pretty short-lived, there’s something about Brad’s “k hold on real quick” followed by a neck crack, some literal hand-wringing, and a lap around the bushes that’ll haunt me until my final days.

Hoo boy. Watching Jason reject Melissa then opt to pursue Molly on After the Final Rose never gets easier to sit through. Between Melissa referring to herself in the third person and the dead air of an empty studio, it’s enough to trigger even the most unwavering of gag reflexes. At least it all sort of worked out in the end, considering Jason and Molly are one of few Bachelor couples still together? I wonder how Ty’s doing these days.

In Jake Pavelka’s season, contestant Rozlyn was confronted by Chris Harrison (which takes away at least 200 drama points) for her “inappropriate relationship” with a producer. She gave a “no comment” response and was asked to leave the show. This was spicy as hell and I sincerely wish we got more of this energy. There’s no way this doesn’t happen more often.

Final verdict: 7 out of 10 UnREAL plot points brought to life

After the Jason and Molly debacle, plenty of leads have changed their minds, but Arie’s breakup with Becca is the only one that I discussed with my therapist the next day because I couldn’t get the pit out of my stomach. It wasn’t so much that the split was dramatic, but in a rare twist for Bachelor Nation, it felt unsettlingly real. The split screen! The begging! The seemingly unending agony! Sometimes it’s the long, quiet moments that hit the hardest.

Final verdict: 8 out of 10 flashbacks to personal relationship trauma

ABC spared neither effort nor expense in trying to make Colton Underwood jumping over a fence after Cassie dumped him as climactic as possible. It turns out that when you have a lead with zero personality, sometimes you need to hang the season’s hat on inanimate objects. While the mere physicality of the leap was impressive, the jump itself was completely devoid of surprise by the time it aired. A little tease can be a good thing, but we’d already watched the exact clip every week. The only thing missing was context, and “a relatively mature breakup discussion” is not exactly the kind of buildup that gets jaws dropping. Plus, now that we’ve seen more of Colton’s true colors, his meltdown feels less like a dramatic moment and more like a symptom of problematic behavior.

Final verdict: 4 out of 10 stomach flips at the fence jump itself; 10 out of 10 fists of fury at ABC for romanticizing the a toxic “chase after her” narrative

Between Ali Fedotowsky and Rachel Lindsay’s seasons, a contestant having a secret significant other is by now a Bachelorette cliché. So when Jed Wyatt’s not-really-ex-girlfriend swooped in with a People mag bombshell exclusive and crushed Hannah B.’s A Star is Born dreams, was anyone really shocked? Jed seemed sort of nice, but men who repeatedly perform acoustic sets to unconsenting audiences are really just proof that red flags also come in the auditory medium.

Final verdict: 3 out of 10 feigned surprises

This leads us to Clare, who went where no Bachelorette has gone before by quitting the show in the middle of Week 4 to move from one quarantine bubble to another with her sparkly new fiancé, Dale. The important thing to remember about the “most” in “most dramatic” is that it implies comparison. For example, my demon cat is “perfect” in an abstract way, but the second we throw a “most perfect” on him, he’s gotta beat out all the other cats in the world who are considerably less evil. Clare’s moment has been hyped up for months, eliminating every ounce of surprise. And in the grand scheme of 2020, it's wrung even further of gravitas. We’re in month nine of a global pandemic. We narrowly escaped the threat of murder hornets. We’ve stayed up the last 60 hours straight watching a bro in khaki pants color a map as the president tries to stage a coup that could usher the fall of democracy. The “dramatic” bar is so high it’s now in Earth’s orbit. Solid attempt, ABC, but y’all cannot compete with the threat of fascism.

More like this
A Guide To All Of Zach Shallcross' 'Bachelor' Filming Locations
By Brad Witter
10 Photos Of The Wildest Limo Arrivals From 'The Bachelor' Premiere
By Brad Witter
'Bachelorette' Vet Clare Crawley Revealed Her Stunning Wedding Photos
By Stephanie Topacio Long
'Bachelorette' Vet Clare Crawley Unveiled 2 Special Wedding Day Accessories
By Stephanie Topacio Long
Get Even More From Bustle — Sign Up For The Newsletter
From hair trends to relationship advice, our daily newsletter has everything you need to sound like a person who’s on TikTok, even if you aren’t.