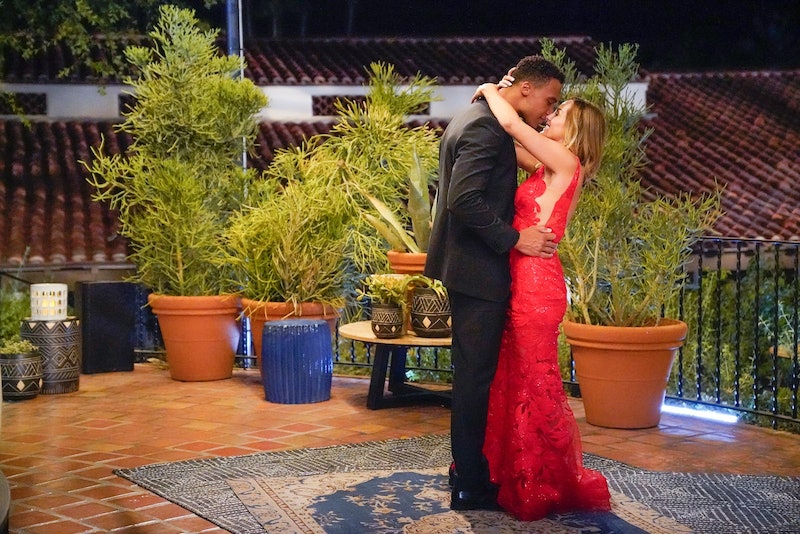 After months of rumors, Clare Crawley officially quit the Bachelorette during the Nov. 5 episode. She admitted that she'd fallen "head over heels" for frontrunner Dale Moss after just a few weeks of filming, and that her feelings for him were stronger than any connections she had with any of the other men. "I do have a lot of great guys here, and I genuinely wanted to get to know these guys and to give them a chance," she told cameras after a romantic one-on-one date with Dale. "But nothing compares to what I have with Dale. Nothing. And I could most definitely, gladly, spend the rest of my life with Dale."

Before she could run off into the sunset, though, Clare had to break the news to the remaining contestants, all of whom were upset and unsure of where they could go from here. "What is next? I don't even know what to do," Jason told cameras after bidding an emotional farewell to Clare. "It sucks."

Other men were angry about the situation they now found themselves in. Joe questioned how Clare could be so sure that Dale was the one for her — "How much cumulative time before yesterday did she spend with Dale? Like, two hours?" he asked — while Blake seemed worried that things were moving too quickly. "I'm just shocked. If she wants a true marriage, I don't think you go that route," he said. "Like, you don't know anything about him! I'm really nervous for her. I think she's going to get hurt in the end."

Overall, the men were just confused. "Everybody is questioning everything, wondering what is going on, and we're just not sure what's going to happen next," Ivan said. (Tayshia, that's what.)

As gobsmacked as the men were by Clare's sudden announcement — and her sudden engagement to Dale — they were thrown for an even bigger loop the following morning, when Harrison offered them a chance to continue their journey to find love. "As much as it was about her and her journey to find love, it was also about you guys. In that regard, I do feel like you guys were cheated a little bit," the host explained. "We have never dealt with something like this in the history of the show, and that's going to cause us to do something historic as well. So gentlemen, what I'm here to tell you is that your journey is not over."

After letting the guys know they had until that evening to decide whether or not they wanted to stay for another shot at love, Harrison left the men in complete shock. "I still haven't fully comprehended what the hell is going on," Blake admitted. "But I hope that whatever the hell it is quickly cleans the slate in my head, and I can try and pretend that Clare ... wasn't a thing." Jordan, meanwhile, wondered whether they would bring in multiple Bachelorettes, in order to turn it into a "Paradise-like situation."

One contestant who didn't need time to mull things over, however, was fan favorite Bennett, who admitted that he had a hard time getting invested in his relationship with Clare. "I came into this open mind, open heart with Clare, but honestly ... I had no chance to be invested. I was trying to mentally get myself there but this is just a clean slate," he explained, adding that he was "very, very excited" to get a "fresh start" at finding the woman of his dreams. Hopefully Tayshia is just as charmed by his shoe collection and skincare regimen as the rest of Bachelor Nation.