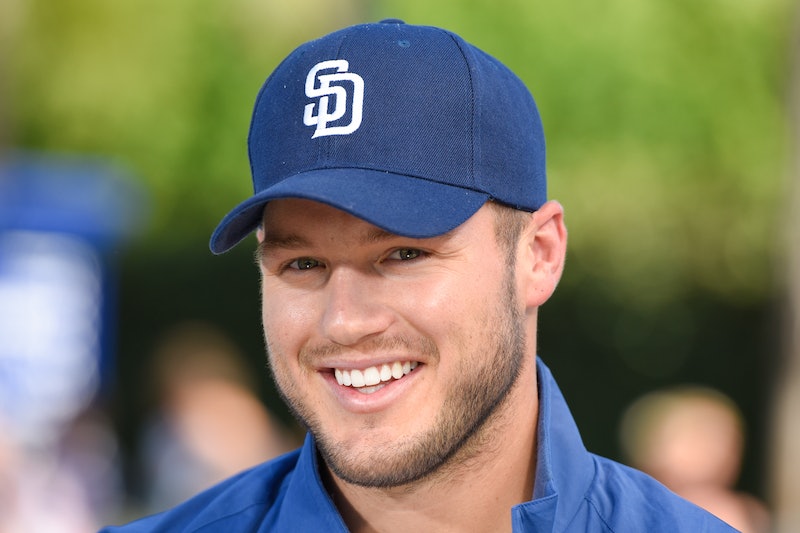 Just one month Colton Underwood revealed that he identifies as gay, the former Bachelor star’s story has taken a sad and dark turn. In a new interview with Variety, the reality TV personality explained the real reason why he decided to finally open up and live his truth: blackmail.

The 29-year-old former NFL player divulged a previously untold story of how he was pushed into admitting his sexuality to the world. “At one point, during my rock bottom and spiral, [I] was getting blackmailed. Nobody knows I was blackmailed,” said Underwood, the cover star of the show business bible’s most recent issue.

The whole unfortunate situation began at some point last year when Underwood visited a Los Angeles spa, which is reportedly known for accommodating gay clientele. While there, an unnamed person claimed to have taken photos of the Bachelor naked without his knowledge. The anonymous photographer then apparently threatened to go to the press, possibly with the photos, but certainly with the story of his sexual orientation. Rightfully worried about what might happen, Underwood reached out to his publicist Alex Spieller, whom he considered to be safe confidant.

Nothing came of the threat, and Underwood seems to have come through this troubling period better than he was before publicly coming out in April during a Good Morning America interview with Robin Roberts. At the time, he outlined how long and hard his journey to self-acceptance has been, admitting “I’ve ran [sic] from myself for a long time. I’ve hated myself for a long time,” before finally saying the words aloud, “I’m gay.” While initiated by something no person who identifies as LGBTQ+ should ever have to go through, coming out appears to have had a positive impact on Underwood’s life, and during his headline-grabbing interview he claimed he is “the happiest and healthiest” he’s been in a long time.

Reaction from the online masses regarding Underwood’s admission of blackmail has been largely sympathetic, though it comes at a time when it’s difficult for many to be on his side. Last year, a restraining order was filed against him by Cassie Randolph, his ex-girlfriend of a year and a half. The two met on The Bachelor, but things turned ugly after they split. According to the order, Underwood sent harassing text messages to her, stalked her and her family, and even went so far as to place a tracking device on her car.

In addition to his legal issues, which have seemingly dissipated (Randolph dropped the restraining order, with prejudice), Underwood has been called out for trying to profit off of his coming out story. In an upcoming new reality program, he will be joined by fellow athlete Gus Kenworthy as the latter tries to steer him through life as an out gay man. The show, which doesn’t yet have a title or release date, is reportedly coming to Netflix later this year.