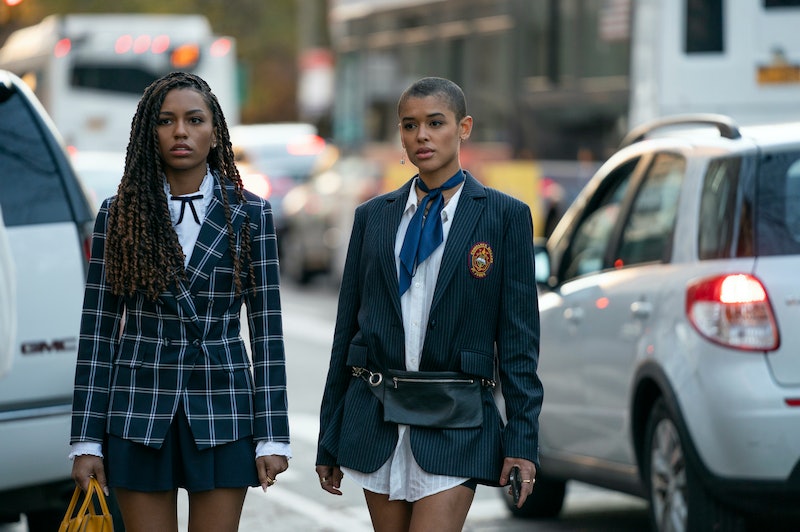 HBO Max’s Gossip Girl reboot may introduce a whole new generation of Manhattan teens, but the one place connecting them to the original characters remains the same: the Constance Billard School for Girls and St. Jude’s School for Boys. Though not an actual school in Manhattan, Constance Billard is based on Nightingale-Bamford, the all-girls private school Gossip Girl book author Cecily von Ziegesar graduated from in 1988. Today, Nightingale is a prestigious academy that offers small classes, plenty of school trips, and a hefty price tag: $56,750 a year. (In a 2008 novel review, writer Janet Malcolm surmised that St. Jude’s is based on the Collegiate School in the Upper West Side).

Per The New York Times, the idea for Gossip Girl arose when von Ziegesar, then an editor at the young adult publisher 17th Street Productions, proposed a book series about a group of snooty private school students based on her alma mater. “I never felt like I fit in with the Upper East Side Manhattan situation. So, I was always writing those books as an outsider, looking in,” she later explained to Avenue Magazine.

Von Ziegesar saw herself as the omniscient narrator Gossip Girl, surveilling the lives of rich and influential students like Serena (Blake Lively) and Blair (Leighton Meester). The reboot passes the torch to a new anonymous blogger — and moves over to Instagram — picking up nine years after the original blog shuttered and centering around wealthy influencer Julien (Jordan Alexander) and her estranged half-sister Zoya (Whitney Peak), a scholarship student who transfers to Constance Billard and immediately grabs everyone’s attention.

In order to capture Constance Billard and St. Jude’s, the show filmed at many of the same locations as the original. Exteriors were shot at The Museum of the City of New York, which is located in East Harlem on Fifth Avenue, while the show also filmed some scenes at Blair’s old stomping grounds on the steps of The Metropolitan Museum of Art, where Julien and the rest of the popular kids often hang out and have lunch.

Beyond that, the new students are very different from their predecessors. Whereas the original show featured almost exclusively white and heterosexual characters, many of the students in the reboot are people of color and openly queer, and only one of them actually lives on the Upper East Side. Like von Ziegasar, showrunner Joshua Safran drew from his own life to craft the story: he also grew up in the Upper East Side and attended the private schools there, though he wasn’t as wealthy as his peers.