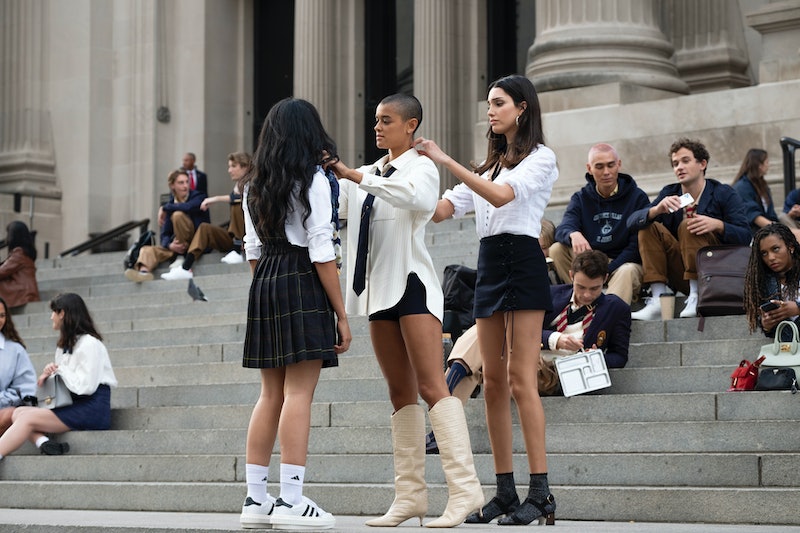 The CW’s original Gossip Girl featured a main cast of Blake Lively, Leighton Meester, Chace Crawford, Penn Badgley, Taylor Momsen, and more. But one of the teen drama’s most iconic characters wasn’t a person — it was the show’s setting: New York City. All of Gossip Girl’s romance and drama went down in front of countless luxurious high-society locations in Manhattan, specifically the borough’s elite Upper East Side, where the characters attended Constance Billard School for Girls and St. Jude’s School for Boys. Superfans of the original series may have already tripped to NYC to see its most memorable filming locations, but now that Season 1 of HBO Max’s Gossip Girl reboot is rolling out, there are more sites to see.

The Gossip Girl revival sees a new group of teens attending Constance Billard, aware of the famous group of students who preceded them. It takes place eight years after the original Gossip Girl website went dark and reimagines its social surveillance through social media rather than an anonymous blog. Starring actors include Emily Alyn Lind (Revenge), Eli Brown (Pretty Little Liars: The Perfectionists), Tavi Gevinson (Scream Queens), and Thomas Doherty (High Fidelity), among others. As you watch all of the fresh drama of HBO Max’s Gossip Girl unfold, take a look at several NYC locations the show’s been filmed at so far.

More like this
The First Trailer For 'That '90s Show' Includes So Many Nods To The Original Series
By Jack Irvin, Alyssa Lapid and Grace Wehniainen
'Bridgerton' S3 Teases Exciting Social Season For Penelope Featherington
By Bustle
This 'Black Panther' Character Is Starring In Her Own Marvel Show Next Year
By Grace Wehniainen
Everything To Know About 'Magic Mike’s Last Dance' Starring Channing Tatum
By Jack Irvin
Get Even More From Bustle — Sign Up For The Newsletter