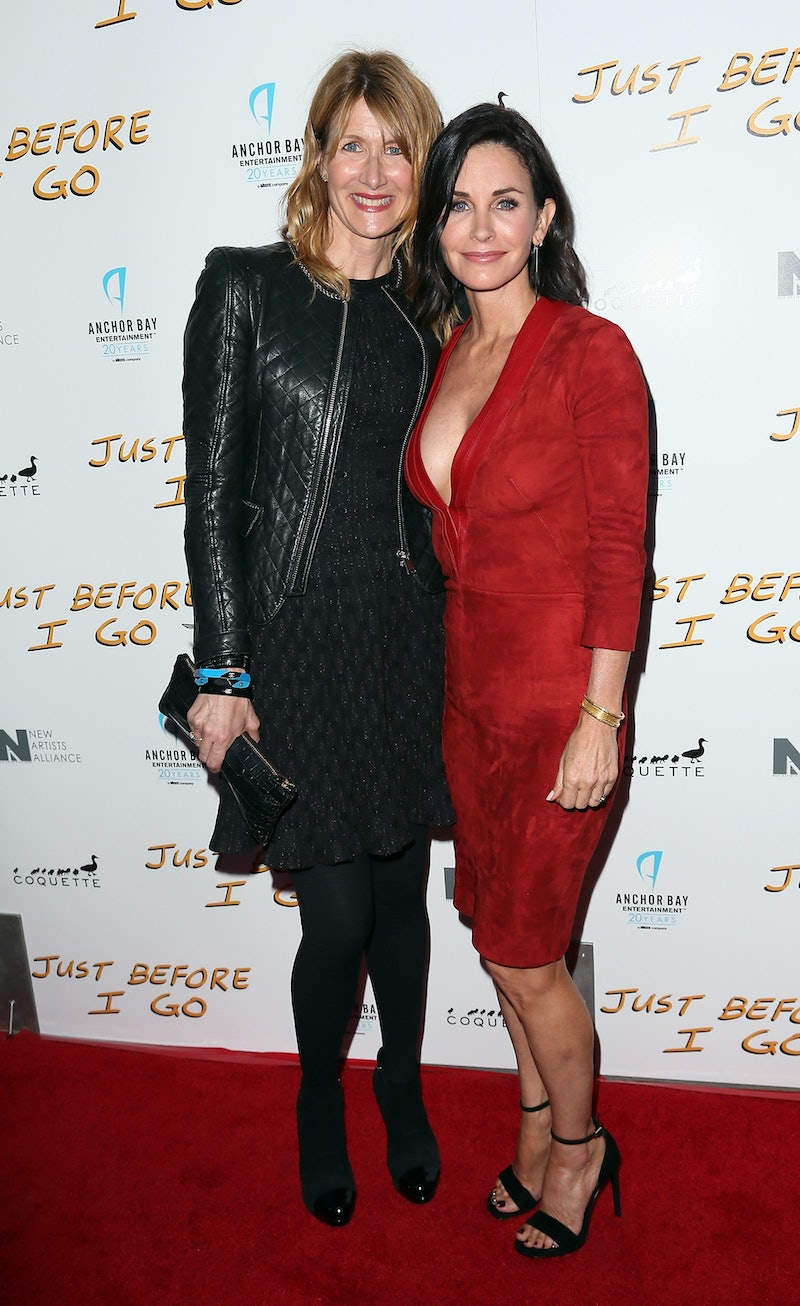 In one of the cutest developments of 2023 thus far, actor pals Laura Dern and Courteney Cox have revealed that they now have matching tattoos to celebrate the tight-knit bond between their two families. The Friends actor and Big Little Lies icon have been mates for decades, and are so close that they’ve spent the last 16 Christmas Eves together with their respective children in tow.

Cox shares one child with her ex-husband, actor David Arquette, while Dern has two children with ex-husband Ben Harper. Cox’s 18-year-old daughter Coco Arquette and Dern’s two kids Jaya and Ellery Harper (who are 18 and 21, respectively) also attend the bash each year, and joined the two friends in getting commemorative ink to mark their close bond.

The festive crew all got matching tattoos on different parts of their body, inked by the artist Scott Campbell. The delicate design shows a paper plane in flight, accompanied by the text “go long.” “Adding a new layer to our 16 year Christmas Eve tradition,” Cox said, sharing the pic on Instagram. Ending on a joke, she added: “Watch out… we might have sleeves by 2025.”

In the past, the pair have also broken the internet with their genius comedy skits. Last year, for example, they teamed up for this hilarious video of Cox “subtly” trying to audition for an acting role while Dern was busy with a phone call. The duo and their families also regularly spend Thanksgiving together, with Cox’s Friends co-star Jennifer Aniston also joining their 2019 celebrations. What a dreamy friendship group.