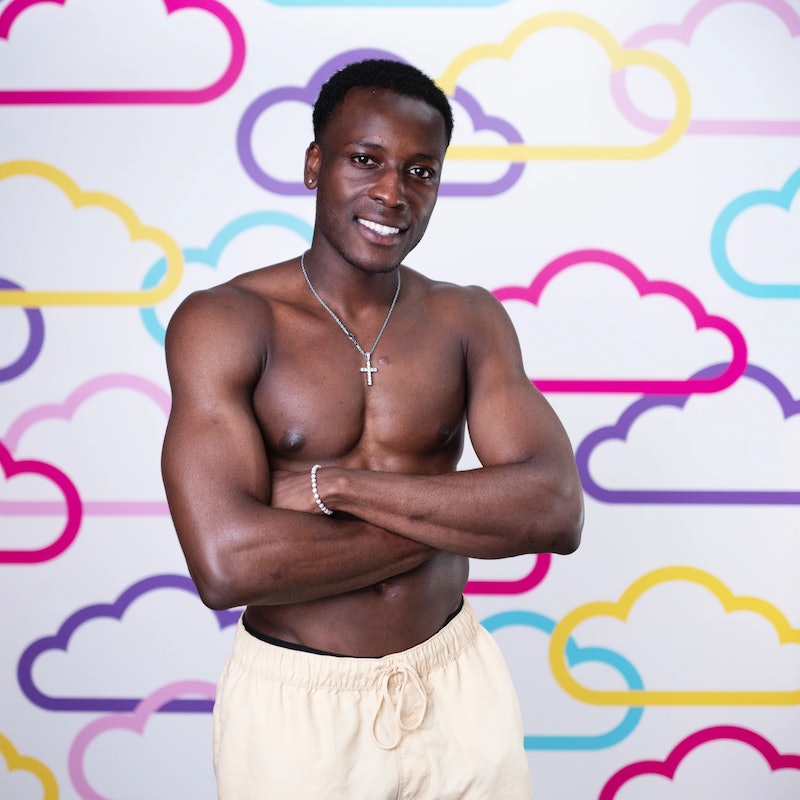 In the words of Winter Love Island’s incoming bombshell: “Listen, there’s only one David Salako.” With an aim to shake up the newly-established couples, David will enter alongside fellow bombshell Zara Lackenby-Brown, and he’s feeling good about his chances. “If you’re in a relationship with me, it’ll be nothing but good fun, vibes. I think I’m alright looking as well,” he said. Find out everything you need to know about David, below.

What Is David’s job?

Hailing from Essex, 24-year-old David is a money adviser at Debt Free Advice — a charity partnership offering free expert advice to help out people who are in debt. Though he freely describes himself as a “joker,” David also says he’s an incredibly ambitious person, and an excellent judge of character. ”I feel like I can read someone,” he told ITV. “I haven’t got any qualifications for that but…” He also appears to have played a spot of semi-pro football in his time, but will he form a bond or rivalry with fellow player Tom Clare once he’s in the villa?

Along with aforementioned pitch-side snaps, David regularly shows off his clean, laid-back style on the gram, posing at London spots like The Alchemist, Jin Bo Law, and Knightsbridge’s swanky Buddha Bar.

That said, he admits he doesn’t take social media too seriously, and will catch the “ick” if people read too far into who he follows. “I met someone through an app, she was messaging me all the time,” he recalled. “When I met her, she said, ‘I’ve been down your social media followers, you follow a lot of girls. Do you know all of these girls? If I was in a relationship with someone I wouldn’t want them following that many girls.’ I said to her, ‘This is a bit too much for me.’”

You can see his profile for yourself, over on @davidsxalako.

What Else Do We Know About David?

Promising to bring good vibes and energy to the villa, David’s looking to meet a potential new partner, but is also planning on striking up new friendships during his time on the show. “I’m actually excited to meet new people, aside from a partner, friends as well,” he said.

David reckons he’s single at the moment because “I’m very picky. I haven’t met the right one yet. The person you’re going to meet is never going to be perfect, but I’ve got my standards, yeah.” Falling short of these standards, meanwhile? “girls [who] sing-along all messy to songs like ‘Wonderwall’ in the bar,” he says, adding that he’s secretly got pipes. “I can sing, but I will never sing! I just haven’t got the confidence to do it.”