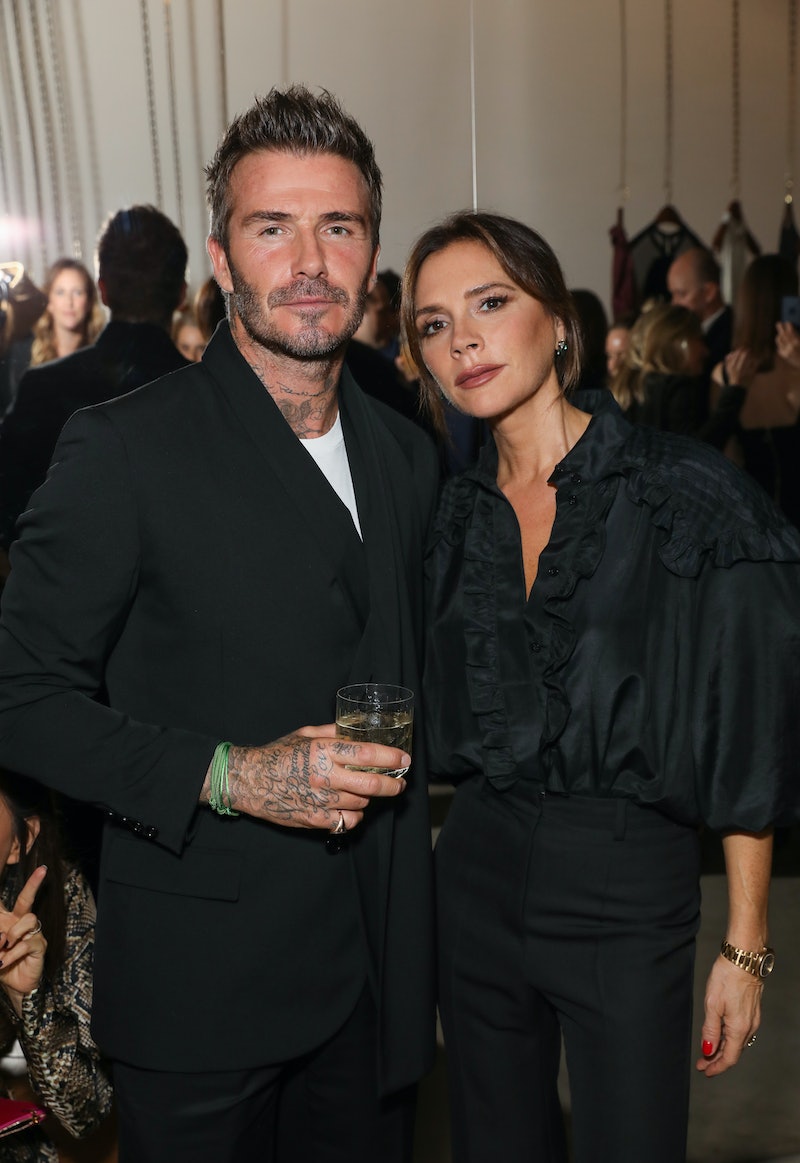 The Beckhams have long been social media stans and have (thankfully) shared many a rare glimpse into their family life during lockdown. But it seems one thing they didn't share, according to The Sun, which alleges that the Beckhams reportedly tested positive for COVID-19 back in March. David and Victoria reportedly contracted the virus after celebrating the launch of the footballer's new club Inter Miami at an away game in Los Angeles.

"They attended a couple of swanky networking events as David had promotional duties," a source told the newspaper, "and were shaking hands and kissing fans and various club dignitaries." The source went on to say that David allegedly fell ill first, proceeded by Victoria who "developed a sore throat and a high temperature" after returning home to their home in the Cotswolds.

Members of their staff reportedly tested positive for coronavirus as well, including "drivers, bodyguards, and assistants." The Sun reports that the family preceded to quarantine "for more than two weeks" in fears that they might be "super-spreaders". Once they recovered, it's believed that they sent "care packages" to "at least two of their staff members who were particularly badly affected."

The couple has yet to make a statement about the reports and Bustle UK has reached out to their rep for comment.

Over lockdown, the Beckham's made a regular appearance on Instagram clapping for NHS and key workers, as well as sharing their day-to-day routines. Victoria also made an appearance on Instagram TV, writing: "We all need to do our part in staying home and helping these incredible workers and their colleagues on the front line." Per Vogue magazine, the designer is donating "20 per cent of sales" from her fashion and beauty lines "to Feeding America in the United States and the Trussell Trust in the UK."

"We are committed to caring and supporting those on the front lines of the COVID-19 relief efforts," the site's dedicated page reads. "Word's can't describe how thankful we all are for the bravery and hard work of everyone who is making significant sacrifices to keep us all safe. We are in this together."