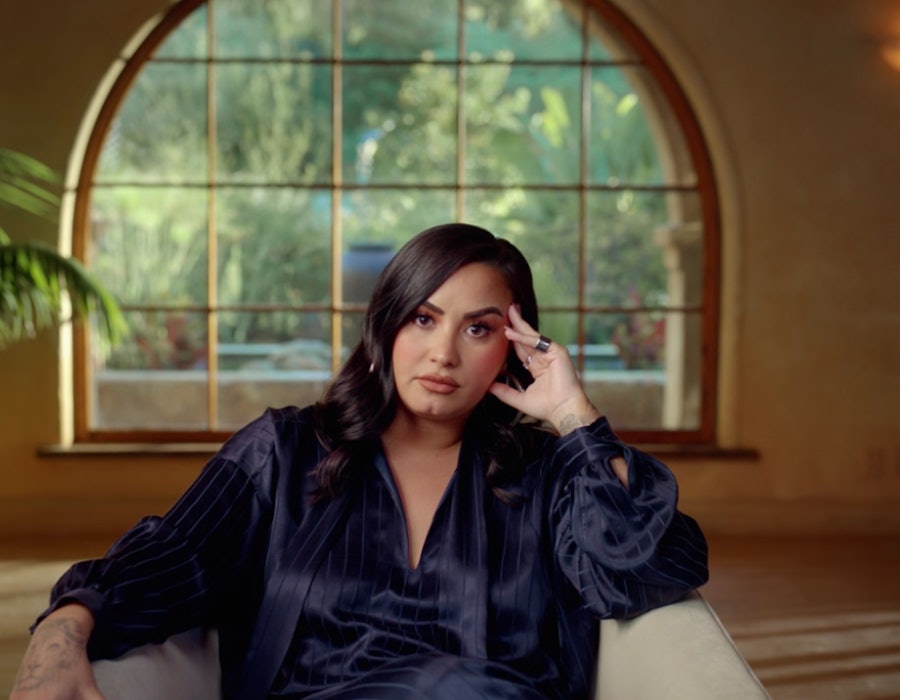 In 2012, MTV aired a documentary called Stay Strong about Demi Lovato’s recovery from drug and alcohol abuse, and in the first few minutes of her 2017 documentary Simply Complicated she admits to filming Stay Strong on cocaine and lying about her treatment’s outcome. Now, in the unflinchingly candid, just-released Dancing With the Devil, a four-part Youtube documentary about her 2018 opioid overdose, Lovato confesses that Simply Complicated wasn’t the whole truth either. Her friends and family corroborate what a proficient liar and manipulator Lovato can be. And so Lovato poses a challenge for herself: How does someone convincingly tell the truth while owning up to being so good at hiding it?

Lovato wasn’t conscious for the immediate aftermath of her overdose, the recounting of which occupies much of Dancing With the Devil’s runtime. She needs help to tell the story. So director Michael D. Ratner, who also made Justin Bieber’s YouTube doc Seasons, brings in the head of Lovato’s security team, her parents, her sisters, the doctors who treated her at the hospital, her recovery case manager, the 911 recording from the morning of July 24, 2018, and the young assistant who placed the call, Jordan Jackson. Jackson is, in some ways, the most clear insight we get into the system of total control that made the half-truths of Simply Complicated possible. It was true, for example, that Lovato filmed it sober, but she was increasingly uncommitted to her sobriety. Her bulimia was being managed, true, but her team’s rules about food were extremely constraining. The various strands of Lovato’s recovery were dependent on controlling everything around the singer, from her phone access to her diet. Jackson, who first found Lovato on the day of her overdose and alerted her security team, snuck away to call 911 because she was afraid she’d get in trouble. When she asks the dispatcher to have the EMTs turn off the ambulance sirens, his laughter lands like an admonition. “This is a medical emergency,” he says. The bubble around Lovato is finally burst.

Lovato talks about what she remembers, and then she turns the floor over to people who remember that day better than she can. Choreographer Dani Vitale, whose birthday Lovato attended before she overdosed in Los Angeles, gets to clear her name after Lovato’s fans falsely blamed her for the relapse. Lovato, who suffered three strokes and a heart attack, woke up in a Cedars-Sinai hospital bed legally blind and unable to make out her little sister’s face, but we hear the story first from her sister’s point of view. Instead of a triumphant recovery storyline with Lovato at its center, Dancing With the Devil is a collage of voices, each the expert of its own little slice of Lovato’s story. If the previous documentaries were possible because Lovato was such a capable liar, this one refuses to take only Lovato’s word.

But how to end a series so committed to avoiding the mistakes of the previous Demi Lovato documentaries is its own challenge. Ratner largely avoids underlining the end much at all, which feels true to his subject who, at 28, is far from ready to sum up her life and career. Take, for example, Lovato’s evolving understanding of her sexuality. She reveals that she dodged a bullet by breaking off her engagement to the actor Max Ehrich last year; now she’s free to explore her queerness, which she doesn’t explain or qualify, because how can she? She’s only now free to explore it. When it comes to her sobriety, Lovato puts an asterisk next to the word. She’s done with “the shit that will kill me,” she says, but she smokes weed and drinks in moderation. Again, Ratner doesn’t take Lovato’s word as his last. Her case manager offers the solution, which Lovato dubs “California sober,” tepid support, but her manager Scooter Braun expresses doubt. Elton John, included in the doc as a friend and mentor, says flat-out that moderation doesn’t work.

This isn’t a film about recovery and the next chapter. It’s the story of the scariest day in a young person’s life and the trauma it ripped open. Among the devastating bombshells in Dancing With the Devil, Lovato shares multiple sexual assaults, talks about the grief she felt after the death of her biological father, and the relapse that followed her overdose. Lovato believes the difference between her and other artists is the connection she has with her fans. If the point of these documentaries has been to deepen that connection, then Dancing With the Devil is the most ambitious yet, asking fans to see the Demi they always felt they knew in a Lovato who is only now sharing herself fully. “I’m not living my life for other people, or their headlines or their Twitter comments,” Lovato says. She’ll stare into a camera and tell the truth, but she can’t control what you see.