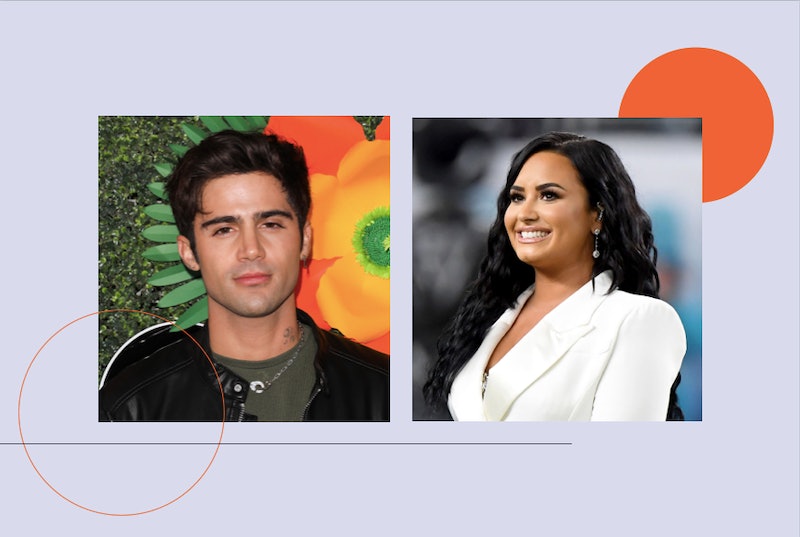 Nearly one week after the couple's surprise engagement, Demi Lovato and Max Ehrich shared photos of the moment he proposed, posting new pictures of the romantic scene at Malibu Beach, California. On July 22, Lovato confirmed her engagement to Ehrich with some sweet shots of the post-proposal glow, less than four months after they began dating. And these new pics show just how magical the moment really was.

On Sunday, Lovato posted new photos from the proposal, taken by Angelo Kritikos, on Instagram, one showing the moment Ehrich got down on one knee, and another of the couple embracing after she accepted. The "I Love Me" singer captioned the post: "Best night of my life... still soaking it all up.. I love you baby." Ehrich commented with a sweet message for his fiancée, writing, "Love you so much baby. more and more every moment." Lovato also posted a dreamy video of Ehrich relaxing in the sun on Instagram, writing, "magical moments captured by me."

Ehrich posted the photos on Instagram as well, revealing new details about the couple's soundtrack for the proposal. In his caption, he revealed, "'Crash Into Me' by @davematthewsband was playing. still floating." He added: "love you more each and every second."

The couple's whirlwind romance might come as a surprise for fans, but in Lovato's initial engagement announcement, she gushed about the supportive partnership they've built in such a short time. "I’ve never felt so unconditionally loved by someone in my life," she wrote in her Instagram caption.

She continued, saying that Ehrich is encouraging and never "puts pressure on me to be anything other than myself," adding that he made her "want to be the best version of myself." She added: "I’m honored to accept your hand in marriage. I love you more than a caption could express but I’m ecstatic to start a family and life with you."

The newly-engaged couple went public with their relationship in May. Lovato and Ehrich appeared together in the music video for Ariana Grande and Justin Bieber's "Stuck With You", with featured various couples self-quarantining amid the COVID-19 pandemic. Lovato posted a clip from the video on Instagram, writing, "Happy to be a part of something so special right now. Like really REALLY happy if you can’t tell." Ever since then, Lovato has been candid about her relationship with Ehrich, saying that he is, "someone who accepts and loves me for who I am," as per People. Ehrich, an actor perhaps best known for his three-year run on the soap opera The Young and the Restless, has also expressed how meaningful his relationship with Lovato is. Last month, he posted a photo hiking with Lovato in Joshua Tree on Instagram, calling her "the love of my life."