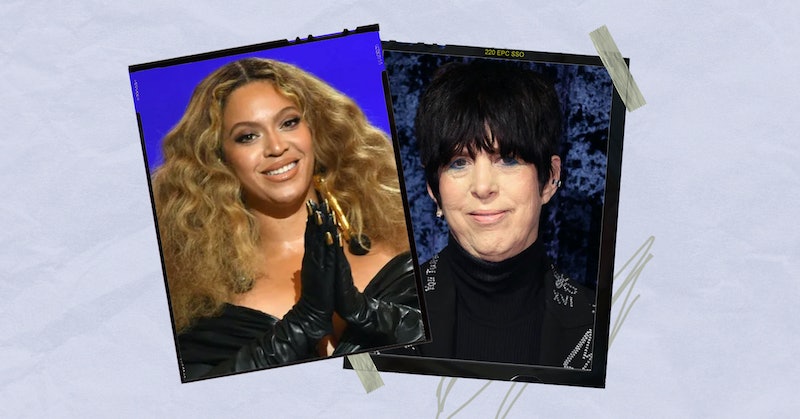 If there’s one lesson to be learned from life, it’s to never mess with the Beyhive. On Aug. 2, 13-time Oscar-nominated songwriter Diane Warren learned this very quickly after questioning the songwriters on Beyoncé’s new album Renaissance. “How can there be 24 writers on a song?” she tweeted on Aug. 1. She quickly followed up with another tweet clarifying, “This isn’t meant as shade, just curious,” but the eyeroll emoji in her first tweet indicated otherwise.

The critically acclaimed album is a journey through decades of dance music and samples many older hits and hidden gems from Black and LGBTQ+ artists who pioneered the genre, meaning many artists are credited across the record. Beyoncé’s “ALIEN SUPERSTAR” does have 24 credited songwriters, including her husband Jay-Z and producer Honey Dijon, but the majority of them come from samples and interpolations, like Right Said Fred’s Richard, Peter and John Fairbrass, whose infamous hit “I’m Too Sexy” inspired the melody of the chorus.

While Warren never mentioned Beyoncé or a specific song by name, it didn’t take long for fans to understand what she was insinuating. When questioned by a Twitter user on why she doesn’t know how samples work, Warren responded, “Because I don’t use them.” The Beyhive not only defended the singer, but also the significance of sampling within Black culture, with some shady fans even using a viral clip of Mariah Carey shoving Warren aside on the red carpet.

Super-producer The-Dream, who worked on several Renaissance cuts including “ALIEN SUPERSTAR,” was one of the critics who stepped in to not only defend his collaborator, but explain why the practice of sampling is prominent and important within Black music. “You mean how’s does our (Black) culture have so many writers,” he tweeted. “Well it started because we couldn’t afford certain things starting out, so we started sampling and it became an Artform, a major part of the Black Culture (hip hop) in America. Had that era not happen who knows. U good?”

Warren responded to The-Dream directly to defend herself. “I didn't mean that as an attack or as disrespect,” she wrote. “I didn't know this, thank U for making me aware of it. No need to be mean about it.”

Questlove also replied to Warren, praising Beyoncé for crediting musicians like “Show Me Love” singer Robin S on “BREAK MY SOUL” even when it wasn’t always required. “In these post ‘Blurred Lines’ times you’re gonna see a lot of it,” he said. “I actually applaud her giving people a seat at the table who otherwise woulda NEVER been considered otherwise. Like she didn’t ‘have to’ credit the ‘Show Me Love’ crew but just outta respect she did them a solid.”

Hours after posting her initial tweet, Warren attempted to wrap up the debacle by apologizing to Beyoncé directly. “Ok, I meant no disrespect to @Beyonce, who I've worked with and admire,” she said. “I'm sorry for the misunderstanding.” The singer has yet to respond to Warren or comment on the debacle.

More like this
Beyoncé Removes The “Milkshake” Sample From “ENERGY” After Kelis Called Her Out
By Jake Viswanath
The ‘Renaissance’ Album Leak Showed Beyoncé Her Fans’ “Love And Protection”
By Stephanie Topacio Long
Beyoncé Is The First Woman To Have A No. 1 Album Since Adele Did Almost A Year Ago
By Radhika Menon
Monica Lewinsky Wants Beyoncé To Change “Partition” Lyrics Amid Recent Song Edits
By Grace Wehniainen
Get Even More From Bustle — Sign Up For The Newsletter