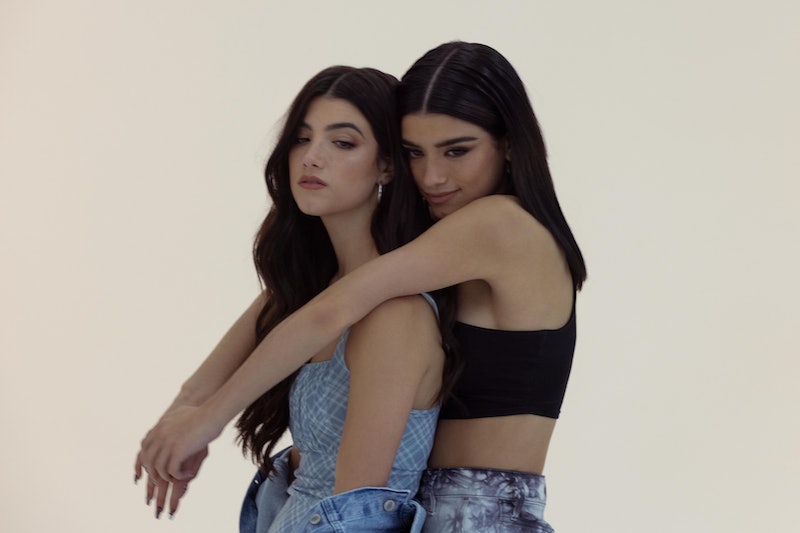 Dixie D’Amelio’s life may appear fabulous, but sometimes she just wants to disappear. In the premiere episode of The D’Amelio Show, the 20-year-old influencer allowed cameras to document a heartbreaking panic attack that was triggered by negative comments online. “It just makes me feel like I don’t deserve anything,” she told her parents through tears. “I’m trying to do everything I can to better myself and it just gets worse.”

At the end of the episode, Dixie said that haters on the internet “pick apart” everything she says, everything she does, and even what she looks like. “I know it’s just people’s opinions but it hurts so much,” she explained. “Everyone else can show emotions and talk about things and everyone supports them, but anytime I talk about literal sh*t I’ve been through it doesn’t matter, and it just turns into a joke.”

It’s moments like this that make the TikTok star crave anonymity. “I don’t know what I wanted in that moment,” she tells Bustle. “I didn’t even want to go back to normal. I wanted no one to know who I was. I just wanted to disappear because there was just so much [hate] so fast.” The comments about her appearance have been particularly difficult to handle. “I can’t really control how I look sometimes, and I think that was the hardest part,” she adds.

Despite all of the negativity online, Dixie has no regrets about being so vulnerable about her mental health on the show. “I’m happy that part was filmed, and I’m happy that people will get to see that because I will be able to share my growth,” she says. “Even now I look back at that and I just feel so much better and I feel like I wouldn’t be this happy right now if those moments didn’t happen.” The social media star also has no plans to stop posting, even if the hate continues to be overwhelming at times.

“I feel like the important thing that we stuck with during the very beginning was not stopping,” she says. “Don’t stop posting, don’t stop enjoying making content because someone is on top of you.” She would give that same advice to other TikTok users who go viral overnight. “It’s TikTok at the end of the day,” she adds. “Just have fun. Keep posting. The only reason you’re getting hate is because you’re getting more popular. Don’t let that ruin the fun that you have in the beginning.”

More like this
Who Is Nick Cannon Dating & How Many Kids Does He Have?
By Jordyn Tilchen and Radhika Menon
Khloé Kardashian Is Reportedly Dating A Private Equity Investor She Met Through Kim
By Jordyn Tilchen and Jake Viswanath
How To Apply For 'Survivor' & Tips On How To Get Cast
By Meg Walters
Here’s Everything You Need To Know About Operation London Bridge
By Bustle UK
Get Even More From Bustle — Sign Up For The Newsletter