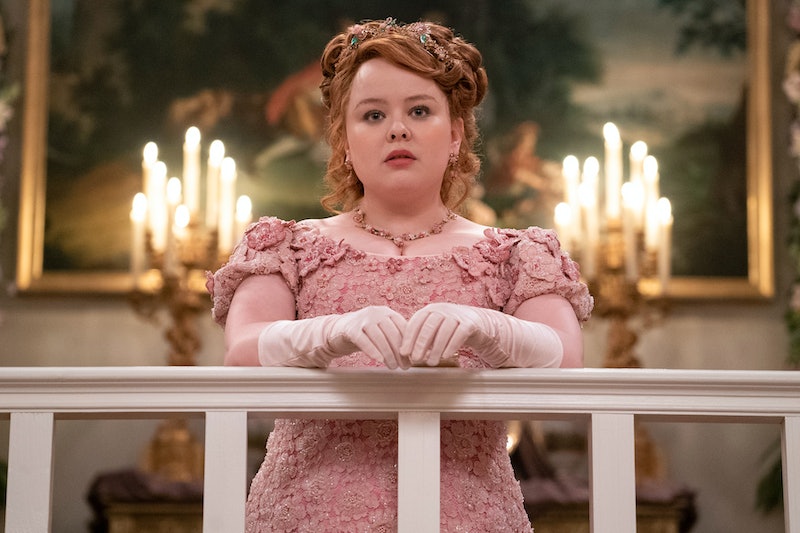 Bridgerton’s second series may be focused on Anthony’s plight to find a wife, but fans will be itching to know what’s happened between Penelope and Colin since he left for Greece in the season finale. Thankfully, the question of whether the couple date is pretty easy to answer thanks to Julia Quinn’s books, which the Netflix series is based on. Here’s what you need to know about Penelope & Colin’s courtship.

With eight books for the eight Bridgerton children, Colin and Penelope’s story doesn’t technically start until the fourth novel, Romancing Mister Bridgerton. In the book, Colin starts to see Penelope in a different light once returning from Greece. As feelings begin to blossom, the unveiling of Lady Whistledown looms ever closer.

Colin begins to suspect that Eloise might be the columnist. Penelope disagrees (obviously), but he’s adamant that if someone were to accuse his younger sister of being Whistledown, she’d be ruined. He then theorises that if he were to publicly state he’d seduced Penelope, she wouldn’t be painted in the best light either. In turn, Penelope asks Colin to kiss her, which (of course) changes everything.

Confused with his feelings and ever the gentleman, Colin plans to apologise to Penelope for the kiss during a ball. Having not found her there, he follows her into “a bad section of the city” to apologise. In doing so, Colin inadvertently sees Penelope drop off a Lady Whistledown column for her publisher to pick up. And he goes to confront her, he discovers that she’s been Whistledown all along.

A massive fight ensues between the two, but it wouldn’t be Bridgerton if that rage didn’t immediately turn to passion. But instead of making love in the rain, or a rather uncomfortable looking staircase, Colin proposes. So technically yes, Penelope and Colin do date for a matter of seconds before Colin gets down on bended knee.

But will their love story play out in Bridgerton season two? It’s totally possible. While their romance might not officially begin until book four, Bridgerton season two sees Colin return from his overseas adventure. However, Luke Newton, who plays Colin, told Entertainment Weekly that his character isn’t “focusing so much on romance and that aspect of his life anymore” and that he’s “looking for new pursuits and different ventures that maybe don’t cause much heartbreak.”

Netflix has confirmedthat Bridgerton will indeed return for seasons three and four, so if each season follows the books, which seems to be the case for Anthony in The Viscount Who Loved Me and season two, the Colin and Penelope-centric story fans have been waiting for will fully bloom come season four. Don’t say we didn’t warn you.