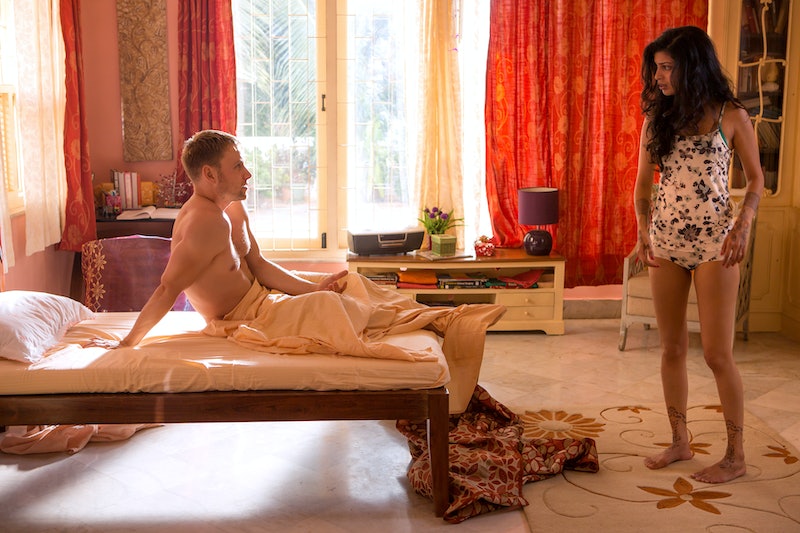 Despite the huge amount of titles arriving and leaving Netflix each month, the service always has thousands of movies and TV shows available for your streaming pleasure, meaning every genre is right at your fingertips. Except pornography, that is. Netflix provides endless entertainment to millions of people around the world, but if you’re looking to *ahem* get off, it shouldn’t be your first stop. But while you shouldn’t ever expect to start seeing porn on Netflix, you might be shocked by the level of sexiness and downright dirty content in some of their titles — you just have to look for them.

Justin Timberlake and Mila Kunis star in this millennial classic telling the age-old story of two friends who decided to have sex with no strings attached or romance allowed. Spoiler alert: It doesn’t work, just like in real life. But it’s still worth watching for two of the hottest actors ever.

Newness just may be the most modern rom-com on Netflix, given how the couple at its center met on a dating app, moved in together, cheated on each other, and started an open relationship within the span of weeks. Yes, sex has a lot to do with all of those milestones.

Sex and the City star Kristin Davis, a knowledgable source of steamy sex scenes, stars in this film about an author who’s going through writer’s block and hires a babysitter for her kids as she focuses on work. Needless to say, her imaginary and actual trysts with the nanny and her loving husband provide all the inspiration she needs.

365 Days was so panned by critics and fans, thanks to its excessive sexual violence and icky depictions of consent, that it received six Razzie nominations. And yet, enough people were turned on by its softcore sex scenes that Netflix is producing two sequels to this mess. If you indulge, please remember that none of this should be done in real life.

Not unlike a controversial storyline on HBO’s hit teen drama Euphoria, Cam pulls back the curtain on the life of camgirls, the dangers they face, and how they’re really treated on the job, normalizing sex workers in the process. The lead, Alice, is also very good at what she does, ensuring very taboo yet steamy scenes.

OK, “Steamy Period Dramas” isn’t actually a Netflix genre category. But after the runaway success of Bridgerton, thanks in large part to its passionate, NSFW sex scenes between Daphne and the Duke of Hastings, it really should be.

Before Bridgerton became Netflix’s most successful original series to date, STARZ series Outlander led the way when it came to hot 1700s sex scenes. And for many devoted fans, this series about a woman who accidentally meets the love of her life in 1743 still reigns supreme.

The four-season series centers on the rise of Mary, Queen of Scots, as she takes her position in the Scottish monarchy and her power in French courts — and over French men. Lots and lots of them.

This Netflix original movie follows two women who fall in love but must hide their relationship for fear of retaliation (it’s set in 1885, enough said). But everything changes when one of them decides to pose as a man so they can get married, proving that the struggle to love authentically dates back literal centuries.

Fans rioted when Netflix cancelled their original series Sense8 after just two seasons, and rightfully so. The series, which focused on a group of “Sensates” around the world, not only gave excellent LGBTQ representation, but also held nothing back with those sex scenes.

In this charming yet insane rom-com, two women feel love at first sight. But rather than start dating, they condense an entire relationship into 24 hours and never see each other again, which means sex on sex on sex. It’s just as chaotic as it sounds.

This article was originally published on March 22, 2018