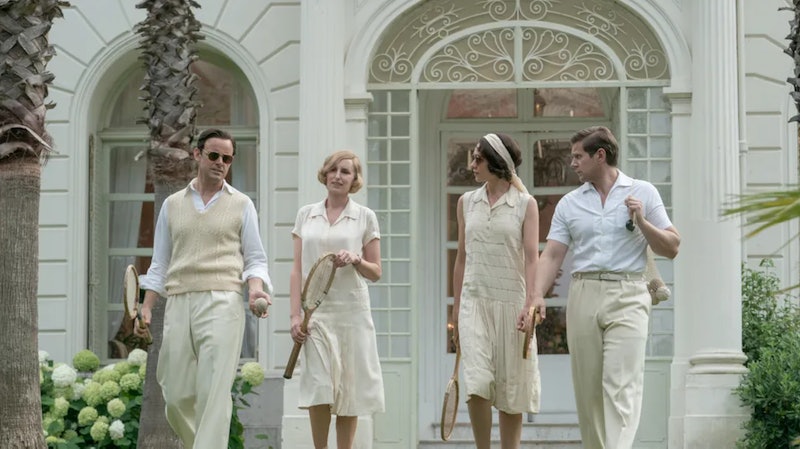 It’s been more than six years since Downton Abbey left our TV screens. Thankfully, series creator Julian Fellowes is now treating fans to a second Downton Abbey film, which sees the Crawley family both hosting a Hollywood extravaganza and making their way to the South of France to unravel a mystery about the Dowager Countess (Maggie Smith). But where exactly is Downton Abbey: A New Era filmed?

Grade I listed country house Highclere Castle in Hampshire continues to serve as the home for the Crawley family, so long-time fans and new watchers can still admire the Jacobean architecture as well as the ornate rooms of the location. The Secret Garden and Antiques Roadshow have also been filmed at Highclere Castle.

Villa Rocabella in France provides another glamorous location for the film. The Mediterranean villa is right by stunning blue waters and looks as if it’s been lifted straight out of a James Bond film. The 19th century villa, designed in a neoclassical and romantic style, is the perfect getaway for the family to discover any secrets Lady Violet may have been keeping. And the venue can be hired for guests and private parties, just in case you want to live out any French Riviera fantasies yourself.

One British location parading as France, however, is Wrest Park in Bedfordshire. The country estate is made up of the Wrest Park country house and the Wrest Park Gardens, which boast an orangery and marble fountains.

Belchamp Hall in Essex was chosen to host Tom Branson and Lucy Smith’s wedding, and the Royal Yacht Britannia in Scotland was also used as a setting in the film.

Downton Abbey: A New Era is released on Apr. 29 in UK cinemas.