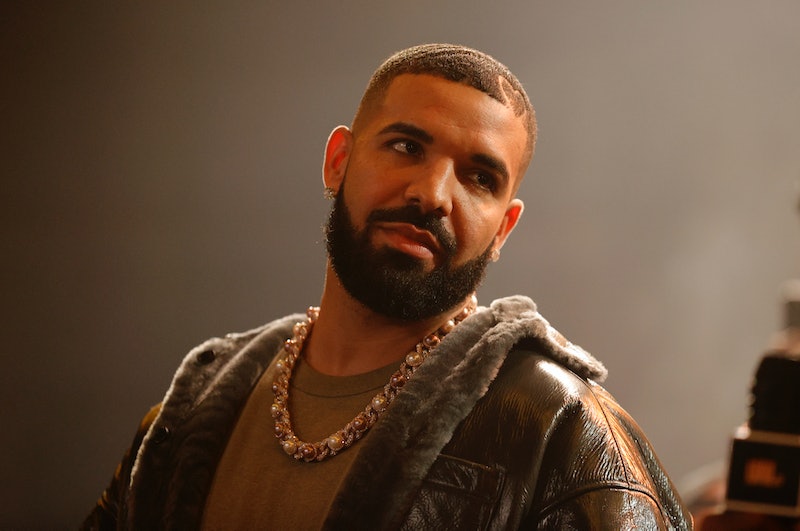 Most musicians consider being nominated for a Grammy as a career highlight. But for four-time Grammy winner Drake, who recently earned two more nominations when The Recording Academy announced nominees on Nov. 23, a nomination isn’t something he’s particularly interested in right now. On Dec. 6, upon the 35-year-old rapper’s request, The Recording Academy withdrew Drake’s two nominations from contention for the 2022 Grammy Awards.

The Canadian hip-hop powerhouse was in the running for Best Rap Album for his record-breaking album Certified Lover Boy and Best Rap Performance for his single “Way 2 Sexy” featuring Future and Young Thug. According to Variety, the decision was made by Drake and his management team, who reached out to The Recording Academy. The organization honored Drake’s request, and the changes have been posted to the group’s online page dedicated to nomination updates. Drake, his management, or The Recording Academy did not give a reason for the sudden withdrawal.

READ NEXT: Drake’s Net Worth Makes Him A Certified Rich Man

Both categories will continue with just four nominees now that Drake’s submissions are gone. Another option would have been for the Recording Academy to locate which songs or albums ended up in sixth place and to nominate them retroactively, but seeing as it is already a bit late in the game for voters, no new nominations will be given out.

The chart-topper has always had a contentious relationship with the Grammys, so while it’s quite unusual that he has asked to be removed from the ceremony entirely, it’s not surprising that Drake has done something that further estranges him from the biggest night in music.

For example, during his acceptance speech for Best Rap Song in 2019 (“God’s Plan”), Drake took several shots at The Recording Academy: “This is a business where sometimes it’s up to a bunch of people who might not understand what a mixed race kid from Canada has to say or a fly Spanish girl from New York or anybody else, or a brother from Houston right there, my brother Travis [Scott],” Drake said. “But my point is you’ve already won if you have people singing your songs word for word, if you’re a hero in your hometown. Look, if there’s people who have regular jobs who are coming out in the rain, in the snow, spending their hard earned money to buy tickets to come to your shows, you don’t need this right here. I promise you, you already won.”

And in 2020, after The Weeknd, his massively successful album After Hours, and its historic single “Blinding Lights” were snubbed entirely, the “Toosie Slide” rapper stated that he felt the Grammys should be replaced with “something new that we can build up over time and pass on to the generations to come.” Later, on his Instagram, Drake said, “I think we should stop allowing ourselves to be shocked every year by the disconnect between impactful music and these awards and just accept that what once was the highest form of recognition may no longer matter to the artists that exist now and the ones that come after.”

Drake’s removal from the 2022 Grammy nominees is the latest update to the full list of potential winners. On Dec. 5, Taylor Swift, Jack Antonoff and Annie Clark were removed as nominees in the Album of the Year category, as they were incorrectly up for the prize as credited songwriters on Olivia Rodrigo’s Sour. A short time before that, Marilyn Manson lost his Best Rap Song nomination, as it was decided he didn’t actually have a hand in writing Kanye West’s “Jail.”