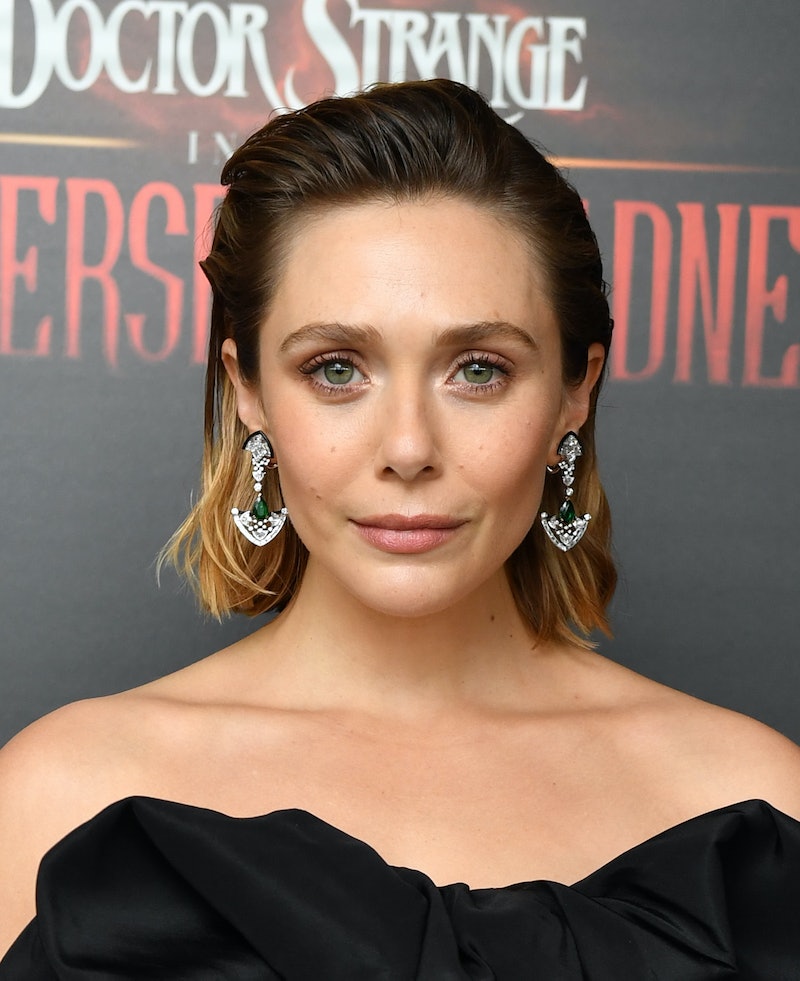 The Elizabeth Olsen Vanity Fair Lie Detector Test blessed fans with countless memorable moments — from her reveal that she’s never met John Krasinski to her explanation of the difference between memes and GIFs (“one’s moving, and one’s words,” in case you were wondering). But for fans of the Marvel Cinematic Universe, the portion of the interview that revolved around her longtime franchise co-star Chris Evans proved to be especially interesting.

When asked whether the Doctor Strange in the Multiverse of Madness star was still “very close friends” with Evans, Olsen delivered an update about their relationship. “We were,” she said. “We lived very close to each other, and during that time we’d hang out a lot. I still like him. But I don’t, like, hang out with him anymore.”

The interviewer seemed to hear Olsen say she doesn’t like (read: enjoy) hanging out with Evans — which, horrified, the actor cleared up right away. “It’s not that I don’t like hanging out with him anymore. I was doing it in the more LA way: ‘I don’t, like, still hang out with him,’” she explained. “I was doing it more as a Valley kid. But, yeah, he has a great laugh, so it makes you feel better about yourself when you tell a joke.”

Olsen had another accidentally hilarious moment when she started talking about Evans in past tense. Though they were never besties, she explained, they “were friends.” Catching herself, she laughed and clarified her words. “I mean we’re friends! I don’t know why I’m acting like he’s dead,” Olsen said. “We’re friends, but, like, we just don’t hang out anymore.”

Is she any closer with any of the other Hollywood Chrises? Olsen said she’s not sure who her favorite is (there’s a bunch in the Avengers alone). “Yeah, [Chris Pratt]’s nice too — I mean, that’s why I think I feel inconclusive about it. They’ve all got different things to offer, they’re all, you know, nice people to be around. None of them are divas. That’s how I feel about the Chrises.”

Of course, no matter how meme-worthy, we shouldn’t look too far into Olsen’s on-the-spot musings. As she told Bustle earlier in May, part of the reason she left social media — and feels “weird” doing press rounds — is that she wants to have deeper conversations with people. Online, she said, “I don’t think there’s a lot of room for nuance and for dialogue. It’s a lot of statements and I like communicating with people. ... Making clever statements back and forth with people, to me, isn’t dialogue.”

More like this
Everything You Need To Know About The 'Knives Out' Sequel
By Grace Wehniainen
Everything To Know About 'Scream 6'
By Jack Irvin and Jake Viswanath
The 'Ms. Marvel' Review Bombing Controversy, Explained
By Radhika Menon
Taylor Swift's “Carolina” Theme For 'Where The Crawdads Sing' Soundtrack Is Here
By Jake Viswanath
Get Even More From Bustle — Sign Up For The Newsletter