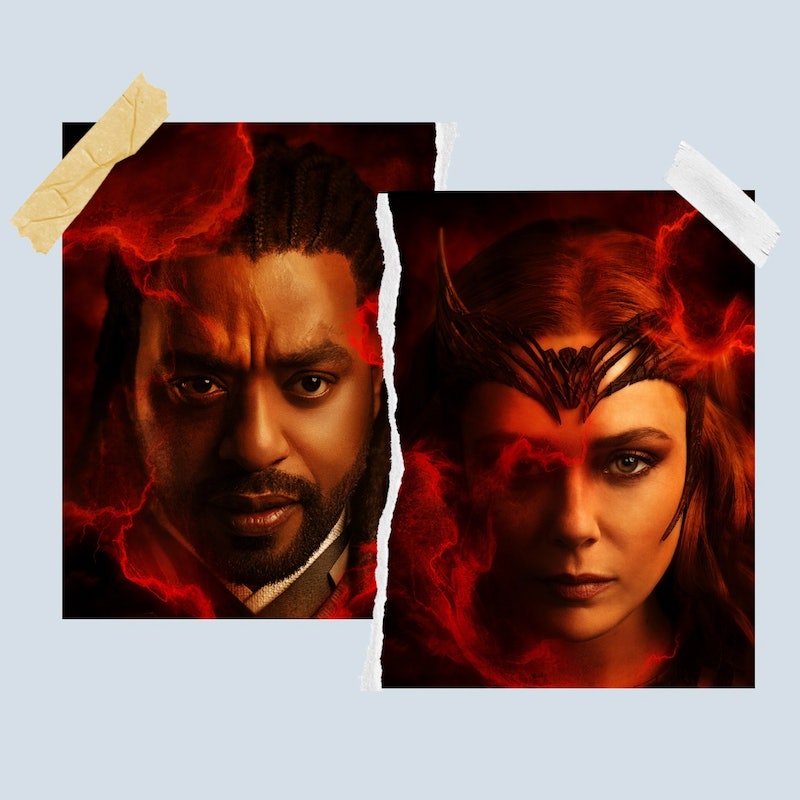 Marvel Studios
By Grace Wehniainen
May 10, 2022

The Illuminati featured a lineup of familiar faces and new ones (hi, John Krasinski), but almost as soon as they were introduced, they were brutally killed during a fight with the Scarlet Witch. The team of six severely underestimated her. However, that isn’t to say we’ve seen the last of the Illuminati in the Marvel Cinematic Universe. For starters, Wanda just killed the Illuminati in *one* particular universe: 838. Just like there are multiple Wandas, Stranges, and Peter Parkers in the Multiverse, there are surely other Illuminatis out there, alive and thriving.

In the Marvel Comics, the Illuminati was designed to foster secret collaboration among heroes from different groups, though the lineup looked a little different in print: Black Bolt, Charles Xavier, and Reed Richards were joined by Strange, Iron Man, and Namor, the King of Atlantis. While viewers wait to see if (and how) the Illuminati is integrated into the core MCU, here’s everything to know about the characters we briefly met.

Though Chiwetel Ejiofor reprises his role as Mordo in Multiverse of Madness, it’s not the same Mordo we met in the first Doctor Strange. The original 616 Mordo’s fate is not resolved in the sequel. Ejiofor told Total Film via The Direct that Mordo survived Thanos’ snap and was “engaged” during those five years, so perhaps we’ll see him again. Either way, as 838 Mordo’s interactions with Strange prove, there’s tension between the sorcerers in multiple universes.

Hayley Atwell’s Captain Carter comes from Disney+’s What If...? — specifically, a universe in which Peggy Carter was empowered by super-soldier serum instead of Steve Rogers. Though the series might have seemed like a just-for-fun foray into the endless possibilities of the Multiverse, Captain Carter’s inclusion in Multiverse of Madness and a comic run that began earlier this year suggests that the MCU is invested in the character.

Inhumans was a very short-lived Marvel series on ABC — so if you weren’t super familiar with Anson Mount’s Black Bolt (full name: Blackagar Boltagon) in Multiverse of Madness, you’re not alone. In the Marvel Comics, the King of Attilan’s abilities most notably include his lethal voice, but he’s also able to fly and create force fields by manipulating the electrons around him.

In the Marvel Comics, it’s Monica Rambeau who first sports the mantle of Captain Marvel, but in Multiverse of Madness, it’s her mother who serves as the iconic superhero. Lashana Lynch first played Maria in 2019’s Captain Marvel, and she’s another character who may yet have a future in the MCU. In 2021, Lynch addressed a possible return via The Marvels with the Los Angeles Times. “You never know,” she said at the time. “Weirder things have happened in the franchise. I had a wonderful time on the first one and it would be great to have a wonderful time on another one.”

John Krasinski has long been fan-cast as Reed Richards, aka Mister Fantastic, the leader of the Fantastic Four and, as Mordo points out, “the smartest man in the world.” Of all the cameos the Illuminati served up, Reed’s is perhaps the most interesting for future-minded MCU fans. First of all, in the Marvel Comics, Reed is implied to be the ancestor of a major MCU villain-in-progress: Kang the Conqueror. Plus, there’s a new Fantastic Four film in the works — though it’s unclear who will play Reed or the other Richards family members.

Charles Xavier (or Professor X)’s cameo wasn’t necessarily a surprise since Sir Patrick Stewart’s iconic voice in the first Multiverse of Madness trailer gave it away early on, but it was delightful to see the X-Men alum all the same. He even recycled a familiar line from Days of Future Past: “Just because someone stumbles and loses their way, doesn't mean they're lost forever.”