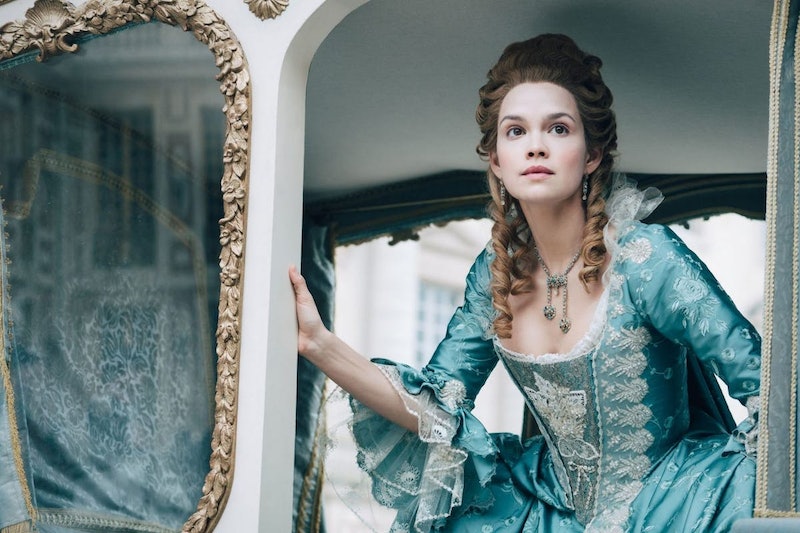 The last queen of France, Marie Antoinette, met a gruesome end during the French Revolution, after she was executed for treason in 1793. The historic consort has been portrayed by the likes of Kirsten Dunst, Diane Kruger, and Jane Seymour on the big screen in recent years, with German-Russian actor Emilia Schüle becoming the latest to take on the historic role. The new show, Marie Antoinette, is set to land on BBC Two and iPlayer from Dec. 29, and was created by The Favourite screenwriter Deborah Davis. It sets out to take an alternative, more personal look at a figure who has become immortalised in popular culture. But who is Emilia Schüle, and where do we know her from?

Born in Blagoveshchensk, Russia, 30-year-old actor Schüle moved to Berlin, Germany, when she was a baby, and didn’t visit her birthplace again until she was in her early 20s (but she later told German Films Quarterly that she still loves the Russian food her family cooks). Schüle was interested in acting from a young age; appearing in ads for IKEA and Clearasil early on, and attending dance classes as a kid. After landing a handful of breakthrough roles in the German-language productions, including crime thriller Gangs and the post-War drama Kudamm '56, Schüle went onto star as Lena Ganz in the 2016 English-language drama Berlin Station, and the Bourne spin-off Treadstone three years later. Marie Antoinette, meanwhile, marks the rising actor’s biggest role yet.

You can find the actor on Instagram @emilia.schuele, where she shares behind the scenes candids from filming in Paris, recent adventures in Copenhagen with Berlin-based photographer Johanna Berghorn, and selfies from Billie Eilish’s most recent tour. Though she was previously linked to German actor Jannis Niewöhner, she hasn’t publicly shared whether she’s currently in a relationship with fans.

After reading the show script for Marie Antoinette, Schüle “prayed to get that part,” and was immediately drawn in by the way that Davis had chosen to approach a well-trodden story. “Deborah focused much more on the human side of Marie Antoinette and creating an understanding of how hard her life was at Versailles,” Schüle told The Sydney Morning Herald. “You experience it as a dark, mysterious and misogynist place. That was her approach and succeeded in doing that — she created a modern, feminist character.”

“We all know how it ends, but it’s a new take on her life. It read in part like a nightmare and was a very subjective experience — she was a 14-year-old sent away from home in Austria to go to Paris,” Schule added. “She’s scared to death, and you really feel for her and how traumatising this is. Yes, she was going to become queen, but she didn’t ask for that. If she’d had the choice she would have stayed with her mum, instead of never seeing her again.”

More like this
Turns Out George Clooney Is A Huge Fan Of This Classic British Game Show
By El Hunt
Everything To Know About The 'Daisy Jones & The Six' TV Series
By Maxine Harrison and Brad Witter
Michaela Coel Has Some *Thoughts* About The Nepo Baby Discourse
By Maxine Harrison
Twitter Is Burning As Phoebe Dynevor Reveals Daphne’s 'Bridgerton' Exit
By Sophie McEvoy
Get The Very Best Of Bustle/UK
Sign up for Bustle UK's twice-weekly newsletter, featuring the latest must-watch TV, moving personal stories, and expert advice on the hottest viral buys.