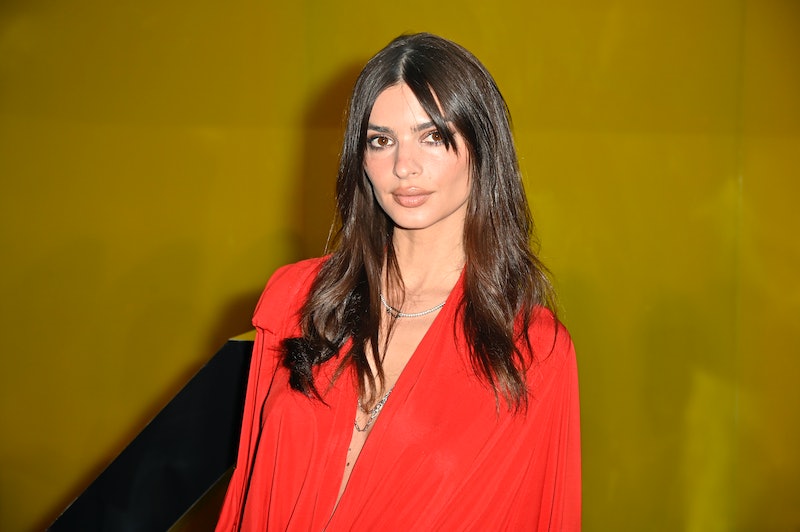 There’s no doubt that Emily Ratajkwoski is a strong woman — she had a baby, wrote a book about the politics of the female body, and by building businesses, she’s become her own boss. And while she’s always aspired to be an independent woman, on Ratajkowski’s Jan. 3 episode of her podcast High Low, she talked to model Olivia Ponton about the “unfair” ways in which independent women are perceived, especially by men.

When Ponton and Ratajkowski get to the topic of dating, Ratajkowski chimed in with her own experiences. Though she said she’s “always” felt like “a strong woman,” she admitted she wanted to become independent because that’s what she was taught by society and by men. “Men have said, ‘I like independent women. I want somebody who doesn't need me.’ There’s this sort of toxic association with femininity and neediness,” she explained, adding, “So I’m like, ‘OK, I did it. Yay. Wow.’ Which by the way, so f**ked up that I would even build my whole life around that.”

She continued, “What I hate with dating — with men, in particular — is I feel like they're like, ‘OK you're special and you've done it’ and they love it ... And then slowly they get emasculated, and they don’t know what to do with those feelings, and they resent you, and then they start to tear you down. And then you’re just back to square one.”

Though Ratajkowski doesn’t give specifics as to who she’s referring to, she famously split from her ex-husband Sebastian Bear-McClard in July and is in the middle of processing her divorce after four years of marriage. Since, she’s been linked to a string of high-profile men including DJ Orazio Rispo, Saturday Night Live’s Pete Davidson, and, most recently, artist Jack Greer.

Continuing on the sentiment, the Inamorata founder added, “And it’s so f**ked up and unfair because I feel like a lot of men who truly think they want a strong woman actually don't know how to handle it and they don't know what it means for their own identity.” She added it’s “one of the reasons” she understood dating women because “it doesn’t feel like somebody’s taking something away from someone else.”

Wrapping up her thoughts, the My Body author added that in heteronormative relationships, “The strength and the power is associated with the masculine, and once the woman has that, the man doesn’t know what else he has. But I’m like, ‘How about you just be better at expressing your emotions and being there emotionally? That would be great.'”

Ratajkowski isn’t too preoccupied with finding a man though. In October, Ratajkowski told Variety that she’s “enjoying” being single, saying, “I'm kind of enjoying the freedom of not being super worried about how I'm being perceived.” Just last Dec. 22, she revealed on her podcast that she had signed up for a dating app. “I had a glass of wine and I was like, ‘F**k it,’” she said on High Low. “I actually was feeling defiant because so many people told me not to get it.”