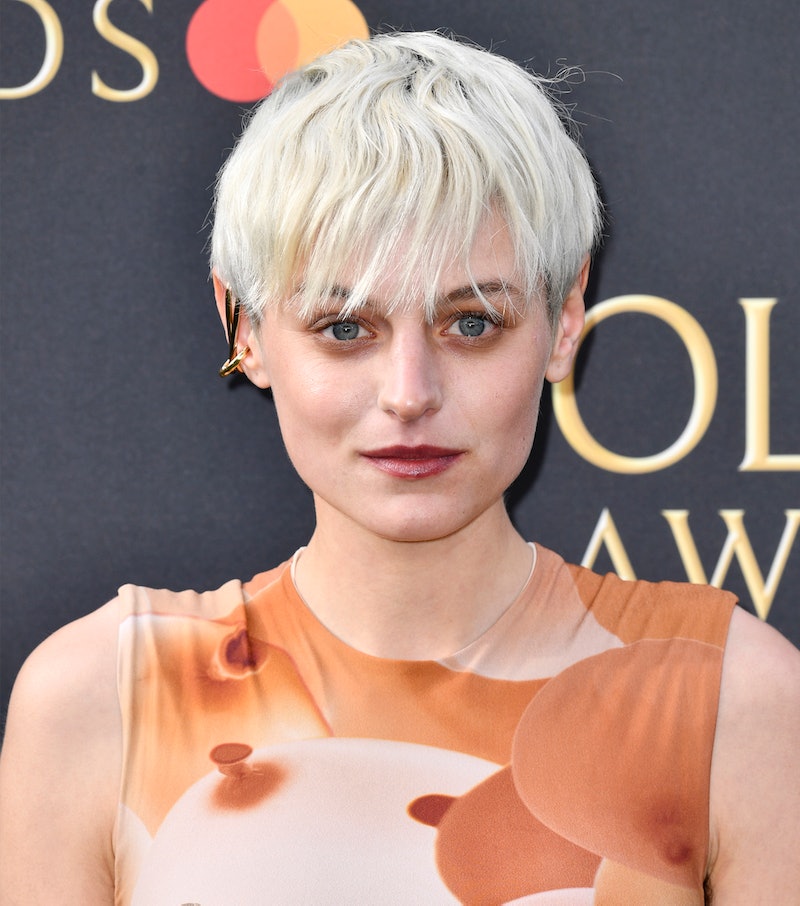 Though Princess Diana definitely had a rep’ for style (not to mention an eye for a vintage sweatshirt and shorts combo) it’s safe to say that she never took to wearing balloon bras. But switching things up from their role as the Princess of Wales in regal drama series The Crown, that’s exactly where Emma Corrin went with their most recent red carpet look.

The Laurence Olivier Awards take place each year to celebrate the best of London theatre, and Corrin was up for Best Actress after starring in Anna X — the scam-tastic tale of a Ukrainian trickster, who poses as a wealthy Russian art collector and fools New York’s high society. Corrin’s Anna is partially based on the real-life scammer Anna Delvey.

Though Corrin missed out on the award — which ultimately went to Sheila Atim for Constellations — she certainly stole the show with her awards look. “This one is for the Gays!” wrote their stylist Harry Lambert (who also dresses Harry Styles). When Corrin shared the look, artist Tracey Emin and singer Paloma Faith both backed it. “Great dress breast cup thing and boots,” wrote Emin. BRIT-winning rapper Little Simz — who collaborated with Corrin on the various interludes scattered through her fourth album Sometimes I Might Be Introvert, also chimed in with a flame emoji.

The playful outfit is by the Spanish fashion house Loewe, and is plucked straight out of last month’s Fall 2022 ready-to-wear collection. As well as plenty of balloons, Jonathan Anderson’s latest draws heavily on surrealism; one silver dress has an entire car sewn into its hem, while his windswept leather shoes look like haute couture duffle bags. “A balloon creates tension,” Anderson told Vogue, speaking about the collection’s rubbery influences. “It will pop. It won’t last forever.”