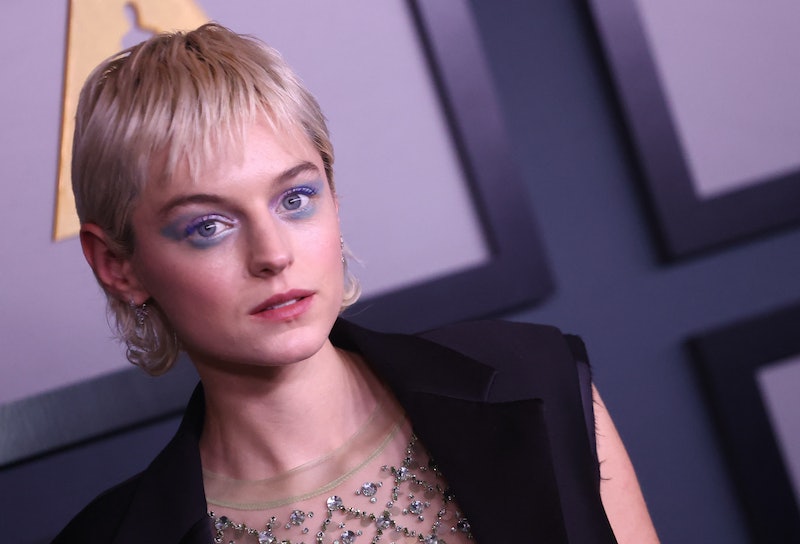 Famed for their critically-acclaimed performances in The Crown and My Policeman, actor Emma Corrin has called for “more nuance” when it comes to discussing the “representation of gender” in the media. In an interview with the BBC, the actor was asked about the possibility of doing away with gendered categories for the Best Actor and Best Actress gongs, instead merging them into one genderless award. This would follow in the footsteps of the BRIT Awards.

“I hope for a future in which that happens," they replied. "I don't think the categories are inclusive enough at the moment,” Corrin added. The actor is non-binary, and uses they/them pronouns. They also spoke about previously scooping nominations in “female categories.”

“It's difficult for me at the moment trying to justify in my head being non-binary and being nominated in female categories,” they said. "When it comes to categories, do we need to make it specific as to whether you're being nominated for a female role or a male role?”

Continuing, Corrin moved away from the matter of awards categories, and discussed wider issues of representation in film and TV. "You can discuss awards and the representation there, but really the conversation needs to be about having more representation in the material itself, in the content that we are seeing for non-binary people, for queer people, for trans people, because then I think that will change a lot,” they said. "When those parts come up, meaning more people and more actors are playing those roles then I think there will be more of an urgency with which these questions will be addressed."

The actor later addressed the manner in which their comments had been interpreted in a statement on Instagram, urging journalists not to reduce their views on gender “for the sake of a clickbait headline.”