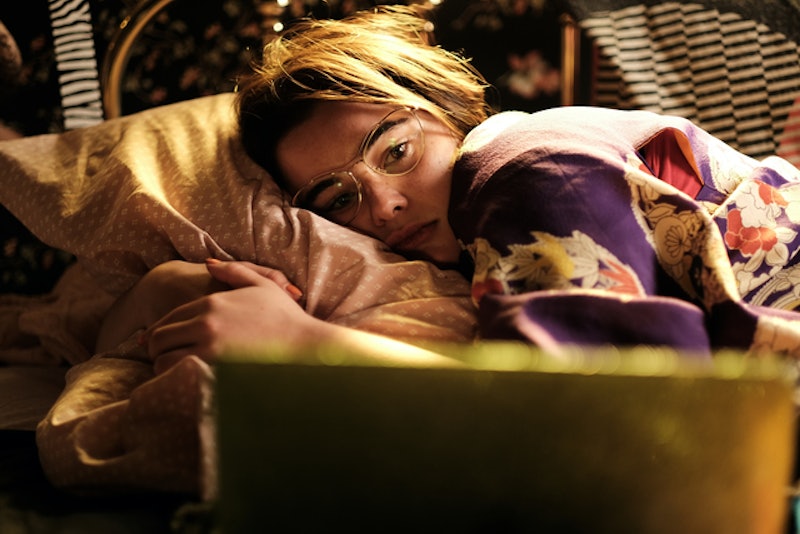 Euphoria can only be described as a lot. Not only does the hit teen drama deal with heavy themes like abuse and substance misuse, watching the show can often feel like you’re on an acid trip: frenetic pacing, dizzying lights, mind-melting music. It is, as the kids might say, extremely vibey. But in its second season, that seems to be all it is.

In Season 1, the show’s aesthetic felt exciting and edgy, but there were also moments of raw honesty, like the time Rue (Zendaya) nearly got a kidney infection because she was so depressed she couldn’t even get out of bed to pee. The special bridge episodes that aired between Seasons 1 and 2 leaned further into this, featuring Rue and Jules (Hunter Schafer) having introspective and dialogue-heavy conversations about their respective traumas. Some viewers found the episodes too boring, while others described them as the “deep, resetting breath” that the show needed. But now that Season 2 is here, Euphoria seems to be making up for lost time. The first two episodes are heavy on style and plot but light on substance, making it increasingly hard to tell what this show is trying to say or be.

A perfect example of this arrives in Episode 2, as Kat (Barbie Ferreira) is trying to figure out why she’s unhappy in her relationship with Ethan and decides the problem must be her. “Kat hated herself, but the problem with hating yourself is you can’t really talk about it,” Rue narrates as Kat miserably eats chips in bed and watches makeup videos on YouTube. Rue clarifies that this isn’t really Kat’s fault, but social media’s: “At some point recently, the whole world joined a self-help cult and won’t shut the f*ck up about it,” she says. Body positivity influencers then appear in Kat’s bedroom and berate her, telling her to “find her inner warrior” and “become a bad bitch” like she did the previous year. Kat shoots back that it was all for show, but the women drown her out. “Just love yourself” they chant as Kat tries to explain that simply adopting a mantra isn’t enough to improve her self-image and fix her struggles with mental health.

There’s certainly truth to this scene. Euphoria is lampooning the trend of toxic positivity as well as issues around the “body positive” movement that’s been co-opted from radical fat activists and sanitized on social media. (“As fat activists have always acknowledged, the issue isn’t that marginalized people have failed to love themselves enough. It is everything else that comes with being a fat person: the stigma,” Rebecca Jennings recently wrote for Vox.)

But like the buzzwords it’s satirizing, Euphoria seems more interested in appearing on-trend than actually dismantling or commenting on these problems in a real way. It messily conflates messages from fat activists with those from conventionally thin models, and the entire scene feels at odds with the rest of the show, which delights in depicting young, hot teens in wild and over-sexualized outfits so much that it’s become a meme. It’s no wonder that Kat feels insecure about herself: She’s the only main character we see above a size 4, and she’s attending a school that looks like the Victoria’s Secret fashion show come to life. Euphoria is attempting to call out an issue that it itself upholds. It’s an empty gesture.

Is this meant to be satire? Are the writers in on the irony? It’s difficult to tell. But as we progress into Season 2, Euphoria seems to be veering away from the brutal candor that earned it acclaim and merely trying to be as provocative as possible.

More like this
Everything To Know About A Possible Season 3 Of 'The Flight Attendant'
By Gretchen Smail
Britney Spears Met The Weeknd & Sam Levinson, So She May Actually Be On 'The Idol'
By Jake Viswanath
Michael Peterson & Sophie Brunet’s Relationship Timeline
By Morgan Leigh Davies
Billie Piper Just Confirmed 'I Hate Suzie’s Festive Return
By Kayla Blanton and Shahed Ezaydi
Get Even More From Bustle — Sign Up For The Newsletter