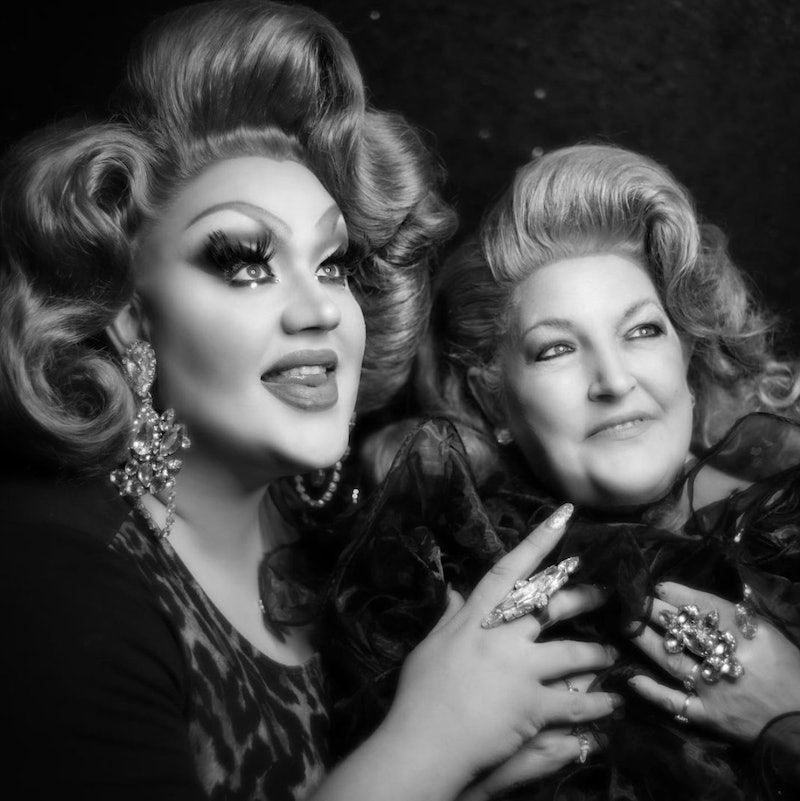 From the moment Eureka walked into the RuPaul’s Drag Race All Stars 6 workroom, the 30-year-old entertainer became a favorite to make it to the final episode of the reality series. After competing on Drag Race twice before All Stars 6 — finishing Season 10 just shy of the crown as a runner-up — Eureka has the experience it takes to understand what the judges want and how to navigate the show’s difficult challenges. The powerhouse queen and co-star of HBO’s Emmy-nominated We’re Here has everything necessary to come out on top this season, from comedic timing to gag-worthy runway looks, not to mention a touching story worth rooting for.

Eureka, who identifies as non-binary, proved they were prepared to stand out from the crowd in the premiere episode for the All Stars 6 talent show. While many of the contestants danced and lip-synced to electronic tracks featuring fun catchphrases and references to their previous seasons, Eureka tried something musically different and a little risky.

The Tennessee native took to the stage in a stunning white gown and performed a ballad that contains more personal meaning than perhaps any other song played on the main stage in a decade of Drag Race. Titled “Come Together,” the tune was slow and sweet and inspiring all at once. It simultaneously brought a tear to the eye and lifted the spirit. Watch it in the tweet, below.

Eureka tells Bustle that while they initially wanted to perform the track live, they eventually decided not to because of the sound system, but that apparently wasn’t the only reason. “I was really worried about getting too emotional,” Eureka confesses candidly.

As Eureka sang, designs and photos were projected onto the dress, which served as a screen that turned the performance into a moving artistic moment. At the end, an image of Eureka’s mother Ulrike Schneider Stacy appeared. Eureka describes their mom, who passed away in 2019, as a “beautiful woman, an Amazon” and someone who “taught me to love equally.”

While the TV performance was Eureka’s first time performing “Come Together,” the song wasn’t written specifically for the All Stars comeback. Eureka has been holding on to it for nearly two years. Eureka explains that after spending months getting it right in the studio, they chose not to release the track. Only when the All Stars 6 invite came in did Eureka realize the time had finally come to share the song and subsequently its official music video, below, with the world.

Somewhat surprisingly, despite the vocals, visuals, and the emotion behind the performance, Eureka didn’t win the challenge. In fact, RuPaul didn’t choose Eureka as one of the top three of the week, shocking some viewers — but not Eureka. “I think I could have easily gone out and done a big girl dance number and probably won the talent show,” Eureka says, adding that sharing this song and introducing their mother to the world “meant more to me than winning the challenge.”

The “Come Together” video incorporates the same depth of feeling and visual cues as the talent show performance, serving as a fitting tribute and showing that Eureka has real musical talent.

“[My mother] was from another country and found her way as a single mom with three children. ‘Come Together’ is a song about feeling strong and empowered.”

Eureka’s mother always told her children that they were “good enough” and “worthy no matter what,” Eureka says. In the caption announcing the “Come Together” music video, Eureka added that the song “honors my mother, her support, and all she believed in. ‘Come Together’ is a song about and for all of us who feel different in some way. She was from another country and found her way as a single mom with three children. ‘Come Together’ is a song about feeling strong and empowered. It’s important for me to push this message to the world ’cause we forget it often.”

Win or lose All Stars 6 this summer, Eureka hopes to perform “Come Together” live soon.

More like this
Khloé Kardashian Writes Touching Instagram Tribute To Tristan Thompson’s Mother
By Alyssa Lapid
Twitter Is In Awe Of Taylor Swift’s “Lavender Haze” Music Video
By Jake Viswanath
Miley Cyrus' "Flowers" Lyrics Reveal She’s Done With Liam Hemsworth For Good
By Jake Viswanath
Zach Gilford Admits He Forgot Taylor Swift's Name When He Starred In Her Music Video
By Jake Viswanath
Get Even More From Bustle — Sign Up For The Newsletter
From hair trends to relationship advice, our daily newsletter has everything you need to sound like a person who’s on TikTok, even if you aren’t.