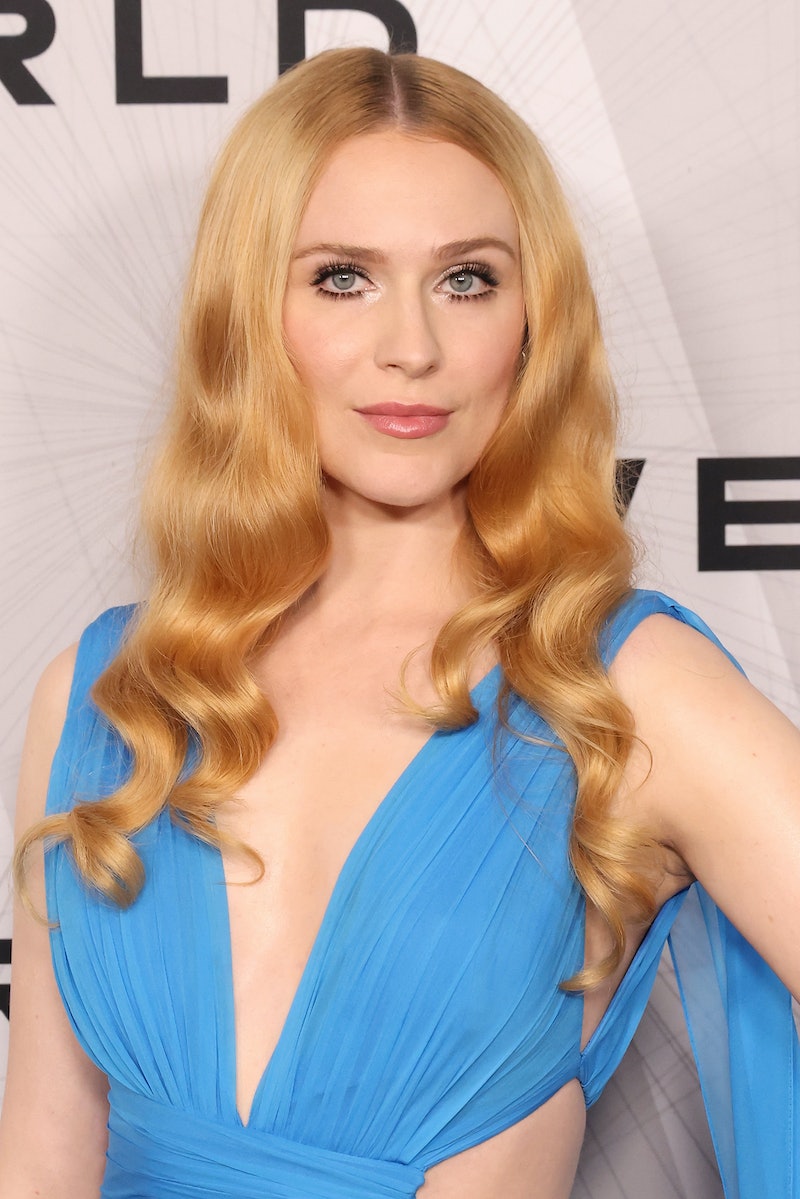 Since 2016, Evan Rachel Wood has starred in top billing for the dystopian sci-fi series Westworld, playing the sentient android Dolores Abernathy. Assigned as a host robot at a futuristic theme park where human visitors are free to act out their wildest or most violent fantasies without consequences, hosts are supposed to have their minds regularly wiped. The role won Wood nominations at the Emmys and Golden Globes, and the actor returns this time around in Season 4 as a brand new character called Christina. But what do we know about Wood’s life away from the small screen? Namely, who is Evan Rachel Wood dating? Find out what we know, below.

Wood appears to be single at the moment or rather, she’s not dating anyone publicly. From 2012 to 2014, she was previously married to actor Jamie Bell, who became one of the youngest ever BAFTA-winners after starring in Billy Elliot as a teenager. Bell and Wood share son Jack, 8, together. The pair initially met in 2005 and dated for around a year before calling it quits. However, they rekindled their relationship in 2012 and married that October, but announced their divorce soon after in May 2014, calling it a “mutual decision” and that they “remain close friends.”

In 2007, Wood was in a relationship with musician Marilyn Manson for three years, going public in January 2007, when she was 19 and he was 37. The pair got engaged in January 2010 before ending the relationship months later. In February 2021, Wood accused Manson of abuse in their relationship, stating in an Instagram post that, “He started grooming me when I was a teenager and horrifically abused me for years. I was brainwashed and manipulated into submission.” Alongside her acting and music, Wood is now a prominent activist campaigning on behalf of sexual assault and domestic abuse survivors.

In 2011, Wood came out as bisexual and, in 2014, was briefly linked with The L Word actor Katherine Moennig. The pair stayed mates until years later. “Good friends are essential and I have the best,” Wood wrote on Instagram in January 2018, alongside a picture of herself and Moennig with a male pal.

After splitting from Bell, Wood later got engaged to her Rebel And A Basketcase bandmate and American Horror Story actor Zach Villa, having first met in 2015. They later called off their engagement in 2017, however.

This article was originally published on June 29, 2022