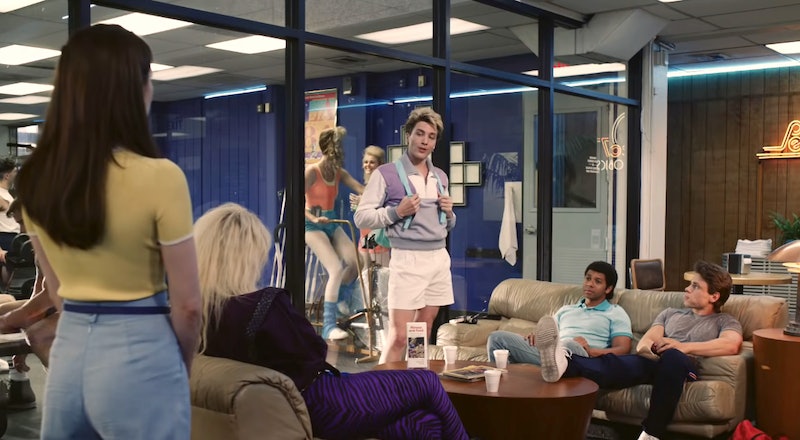 For Season 9 of American Horror Story, series creator Ryan Murphy is transporting viewers — and the AHS: 1984 cast — to summer camp in the year 1984. Per usual, there are a bunch of Murphy-verse alums bringing the story to life (or death, as is more accurate for this show), but there are also a few new faces in the mix. So while it's not quite the epic, season-spanning AHS reunion that Apocalypse was, the slasher-themed story should still make for a bloody good time.

Details about AHS are usually kept tightly under wraps, but back in July, Murphy did announce some of the main players in the cast on Instagram. While Jessica Lange isn't coming back after her triumphant and Emmy-nominated return in Season 8 and Evan Peters won't be involved for the first time in the entirety of the show, there's still a lot to be excited for. Sure, the whole Coven and Murder House gangs won't be getting back together to take down the antichrist again, but don't let that get you down — all the murdering will do that for you. Instead, get excited about all the actors you will see when AHS: 1984 premieres Sept. 18.

More like this
Every Horror Movie Reference In The 'PLL: Original Sin' Premiere
By Alyssa Lapid
Nicola Coughlan Just Revived 'Derry Girls' In The Most Unexpected Way
By El Hunt
'Bridgerton' Newbie Hannah Dodd Has Thoughts On Colin and Penelope’s Love Story
By Bustle UK
'A League Of Their Own' Star Abbi Jacobson Is Engaged To Jodi Balfour
By Jake Viswanath
Get Even More From Bustle — Sign Up For The Newsletter