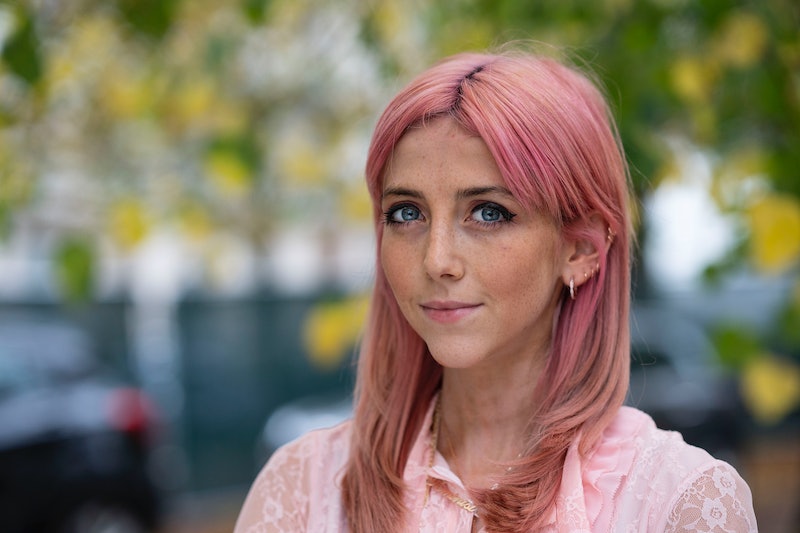 A new series based on Scarlett Curtis’ best-selling essay collection Feminists Don’t Wear Pink (And Other Lies) has been announced this week with an all-star cast and a production team to match. The show – called Girls Can’t Shoot (& Other Lies) – is still in its nascent stages, but the details that have been announced are enough to get any TV fan excited. Here’s everything we know so far about Girls Can’t Shoot (& Other Lies).

Though not many details have been announced about the new show, it’s likely to follow the format of Amazon’s Modern Love, with each episode covering a different story (or essay, in this case). Per Deadline, the first season will focus on “the expectations of women in storytelling” by placing female characters at the centre of genres typically associated with men.

Who Is Involved In Girls Can’t Shoot (& Other Lies?)?

Curtis will act as executive producer throughout the series and she has also written the pilot episode. The author has dedicated much of her career to women’s rights, founding the feminist collective The Pink Protest in 2016 and also hosting the Feminists Don’t Wear Pink podcast. Following the success of her first collection of essay, she also curated the anthology It’s Not OK to Feel Blue & Other Lies in 2019, which featured 74 essays about mental health.

Saoirse Ronan will serve as executive producer on the pilot episode and, from there, each actor will serve as an executive producer on the episode they star in. Names announced so far include Beanie Feldstein, Michael Jaé Rodriguez, Kat Dennings, Lolly Adefope, and Jameela Jamil, each of whom contributed to Feminists Don’t Wear Pink. It’s likely that the actors will be starring in a story based on their own essay.

When Will Girls Can’t Shoot (& Other Lies) Air?

As the show is still in its early stages, so there is no air date as of yet, but it is expected to appear in late 2022.

More like this
'Abbott Elementary' Fans Probably Missed This 'Parent Trap' Easter Egg
By Sam Ramsden
This First Look At 'The Gold' Shows Jack Lowden In A Whole New Light
By El Hunt and Sam Ramsden
Adam Ali Hopes 'Waterloo Road' Will “Subvert” Queer Misconceptions
By Sam Ramsden
This Pre-'Love Island' Video Of Olivia & Zara Together Changes Everything
By Bustle UK
Get The Very Best Of Bustle/UK
Sign up for Bustle UK's twice-weekly newsletter, featuring the latest must-watch TV, moving personal stories, and expert advice on the hottest viral buys.