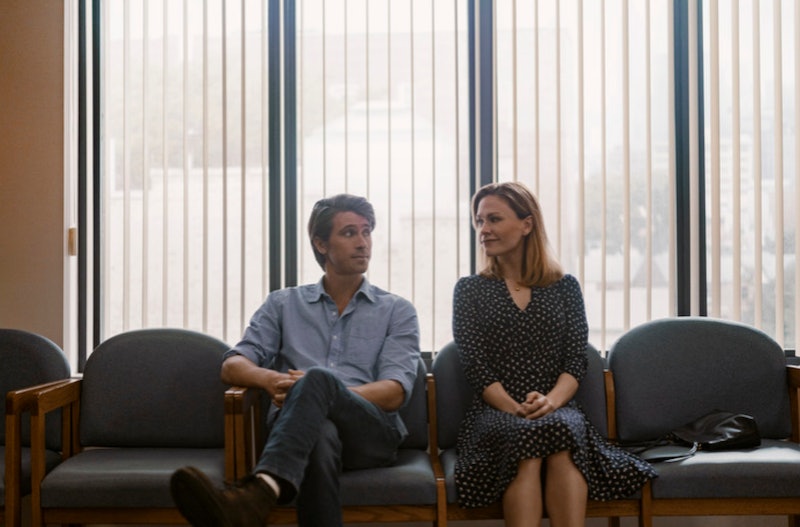 Now in its second season, Amazon’s Modern Love is based on a 17-year-old New York Times column by the same name. The first season of the anthology series explored love in New York City in many different forms, from a woman dating with bipolar disorder to a gay couple adopting a child. Season 2 similarly delves into hope and heartbreak, but this time the story goes international, with three episodes set in Ireland and the remaining five in New York.

As “Modern Love” editor Daniel Jones explained to The New York Times, these stories provide “an intimacy, and a sense of connection and empathy.” He added that the reason people always return to the “Modern Love” column is because love “seems like a puzzle that can never be mastered. You can never feel like: ‘Now I’ve learned enough; it’s going to be smooth sailing from here on out.’ That’s really frustrating to people, that you can’t just reach a certain level of competence in relationships to shield yourself from desire that can’t be met, pain that can’t be avoided.”

Season 2 is sure to be as uplifting and heartbreaking as the first. Here’s everything to know ahead of the premiere.

Season 1 boasted the talents of Dev Patel and Anne Hathaway, and the Modern Love Season 2 cast is similarly star-studded. Among the actors featured are Kit Harington from Game of Thrones, Anna Paquin from True Blood and the X-Men films, and Dominique Fishback from Project Power and Judas and the Black Messiah. They’re joined by Will & Grace’s Minnie Driver, Garrett Hedlund from Mudbound, Tobias Menzies from The Crown and Game of Thrones, and Sophie Okonedo from Ratched and His Dark Materials.

Just like the prior season, Modern Love promises to explore a variety of relationships in Season 2. One of the episodes, Kit Harington and Lucy Boynton’s “Strangers on a Train,” is actually based on a 99-word “Tiny Love Story” by Cecilia Pasao. It follows two young people who meet on a train from Galway to Dublin and fall in love right at the start of the pandemic.

Here are the other Season 2 episode titles and the real life stories they’re based on:

“On a Serpentine Road, With the Top Down”

Minnie Driver plays a widowed doctor who can’t let go of her first husband or his car. It’s based on a 2016 story by Doris Iarovici.

Zoë Chao plays a woman with delayed sleep phase syndrome who meets the love of her life, except her circadian disorder means she’s only awake at night. It’s based on a 2016 story by Amanda Gefter.

“A Life Plan for Two, Followed by One”

A young Brooklyn woman played by Dominique Fishback gets “friend-zoned” for years by the best friend she adores, played by Isaac Cole Powell. It’s based on a 2013 story by Marina Shifrin.

A middle school girl questioning her sexuality wonders if she has feelings for another girl, so she turns to social media quizzes for answers. It’s based on a 2018 story by Katie Heaney.

“In the Waiting Room of Estranged Spouses”

Garrett Hedlund plays a former marine who meets Anna Paquin’s housewife in a therapist’s office. They form a bond when they discover their spouses are having an affair with each other. It’s based on a 2016 story by Benjamin Hertwig.

“How Do You Remember Me?”

Marquis Rodriguez and Zane Pais play two young men who run in to each other after spending one night together — but do they remember that night the same way? This episode is based on a 2017 story by The Prom and Girls5eva actor Andrew Rannells, who rewrote and directed it for the show.

Tobias Menzies and Sophie Okonedo play two divorced parents who begin a casual fling and find their way back to each other. It’s based on a 2014 story by Mary Elizabeth Williams.