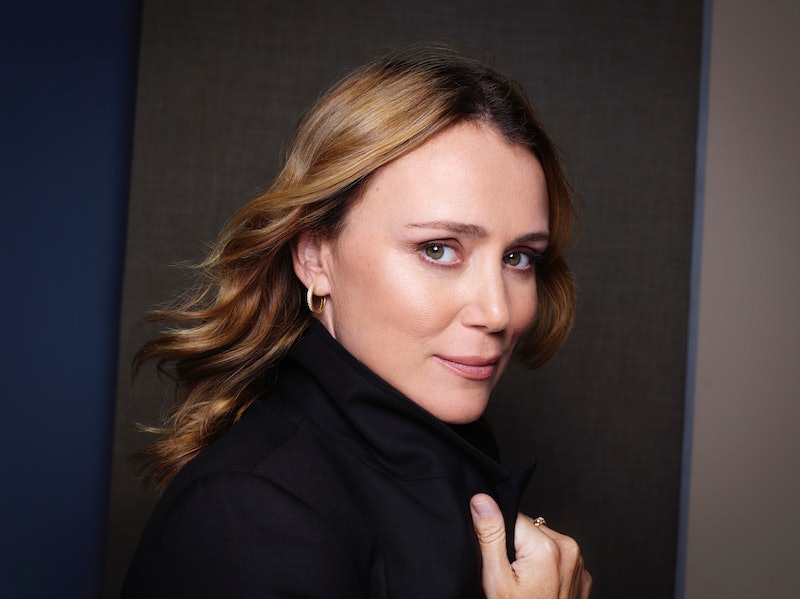 BAFTA-nominated actor Keeley Hawes (Bodyguard, Finding Alice, Line of Duty, and many more) is to star in the recently announced Sky Original series The Midwich Cuckoos, an adaptation of the 1957 sci-fi novel by writer John Wyndham. The series promises “a dark, disturbing modern-day reimagining” of the classic, which sees a quiet English town descend into panic due to a terrifying phenomenon. Ahead of the series release, here’s everything you need to know about The Midwich Cuckoos.

The eight-part series is set in the sleepy English commuter town of Midwich, described as a “liberal and aspirational” area “populated by nuclear families and affluent high streets.” The synopsis sums it up as: “A place where nothing much happens – and for a very good reason.”

However, as the story goes, Midwich is plunged into panic as part of the town suddenly falls unconscious, with people and animals passing out without warning or reason. A “blackout zone” exists for 12 hours, no one can get in or out, and when it lifts, every woman of child-bearing age inside the zone has inexplicably fallen pregnant (with who knows what). The spawn of these pregnancies are known as the “Midwich Cuckoos”, a frightening group of “children” who will change the town forever.

Hawes plays “gifted” psychotherapist Dr Susannah Zellaby, who helps to support those affected by the chilling mystery blackout, alongside local officer DCI Paul Kirby (played by The Outsider’s Max Beasley), who is tasked with maintaining order in the disrupted town.

In a statement, Hawes says she’s “absolutely delighted” to be working with Sky on the new series. “I’m very much looking forward to working with the hugely talented Max Beesley and the amazing cast and I can’t wait to enter the strange and unsettling world of Midwich!” she said.

The Sky adaptation has been written and created by the British writer behind The Night Manager and Hanna, David Farr, who has also shared his fascination with the original book. "I first read The Midwich Cuckoos when I was 12,” he said in a statement from Sky. “I was living in a small town in 1980s Britain. Everything about the book rang true to me and terrified me. An invasion of a small community by a hostile and ruthless force. Apparently innocent children as a force of huge malevolent power. It got under my skin.”

Farr added: “As I've grown older, the story has never ceased to exert a grip. The idea that we may birth our own destruction is so simple and frightening. That as a mother or a father, the being we love most in the world may turn on us. It's the stuff of nightmares."

Full of mystery and suspense, The Midwich Cuckoos looks set to be a gripping watch when it airs on Sky One and Now TV — although there is a way to go before then. While filming begins this month in London, the series isn’t due to be released until 2022.

More like this
Everything To Know About The 'Daisy Jones & The Six' TV Series
By Maxine Harrison and Brad Witter
The Song At The End Of 'The Last Of Us' Ep 1 Has A Deeper Meaning
By Sophie McEvoy
Turns Out George Clooney Is A Huge Fan Of This Classic British Game Show
By El Hunt
'Boiling Point's TV Sequel Is Set To Deliver A “Rollercoaster Of Emotions”
By Catharina Cheung and Sophie McEvoy
Get The Very Best Of Bustle/UK
Sign up for Bustle UK's twice-weekly newsletter, featuring the latest must-watch TV, moving personal stories, and expert advice on the hottest viral buys.