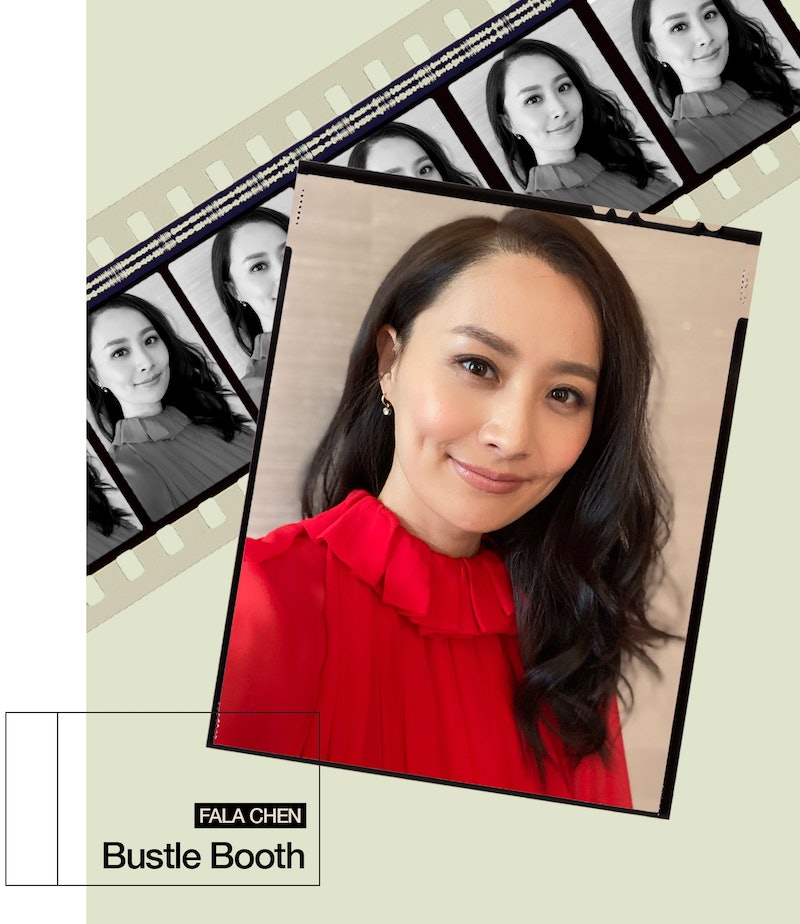 Fala Chen became a mom in February 2021, less than a year after filming wrapped for Shang-Chi and the Legend of the Ten Rings, her U.S. film debut. While those maternal instincts could have been useful during filming — she plays the warrior Jiang Li, mother to the titular hero — fate had other plans. “Maybe by playing a mother, somehow the universe felt that energy and told me I was ready to be a parent,” jokes Chen, speaking to Bustle via Zoom from London, where she’s doing press for the movie. “At the time, I could only imagine what being a mother would feel like. But that’s my job as an actor. I can’t always personally experience what I’m expected to portray.”

Fortunately, Chen’s intuition as an actor is innate, considering she “stumbled” (her words) into this career after completing an undergraduate degree in business. The Chinese American actor didn’t receive any formal training until entering Juilliard School’s graduate drama program in 2014, having already established a film and TV career in Hong Kong. Her time at Juilliard was “like starting from scratch,” says Chen, 39. “Not only as an actor, but also as a person.”

Shang-Chi has continued to dominate the box office since its Sept. 3 release — the Marvel film collected a cool $94 million on opening weekend alone. It’s difficult to discuss Chen’s character without revealing too much of the plot. Li’s only in a handful of scenes, but the film more or less revolves around her. “I think being from a mystical place like Ta Lo, she embodies both human and superhuman characteristics,” Chen says. “She knows how things should and will happen.”

Some of her favorite on-set moments were when she’d improvise with Tony Leung, who plays her on-screen husband, Wenwu (aka The Mandarin). She recalls channeling her character’s gumption in these moments. “Tony is actually very shy, and when we went to improv he brought in this very quiet energy,” she says. “He was basically just sitting there, so I felt a need to take control of the scene. It was supposed to be a 30-second scene, but [director] Destin Daniel Cretton let us speak for about 15 to 20 minutes.”

Ultimately, Chen would love to see her character fleshed out within the MCU universe (there are still unanswered questions about Li, Ta Lo, and the Ten Rings). But for now, she’s relieved the film’s finally released — pandemic-related delays pushed it back — and that Asian American and Pacific Islander children will be raised with more on-screen representation.

“I’m so glad my daughter will grow up with a superhero that looks like her, and with many strong female characters of Asian descent in the Marvel world. That’s so exciting to me, and I know this will open the gate for more movies to follow.”

Learn more about Chen in her Bustle Booth questionnaire, below.

“I’ll be back” from The Terminator.

“Hotel California” by the Eagles.

What’s one thing you would want people to say about you?

More like this
The 50 Most Powerful Characters In The Marvel Universe, Ranked
By Johnny Brayson and Nola Pfau
Lego Just Announced Its 'Black Panther' Set Release Date
By Maxine Harrison
Jonathan Bailey's Latest Role Is A Huge Departure From 'Bridgerton'
By Sam Ramsden
'Grey's Anatomy's New Intern Got Advice From Dr. Bailey Herself
By Grace Wehniainen
Get Even More From Bustle — Sign Up For The Newsletter