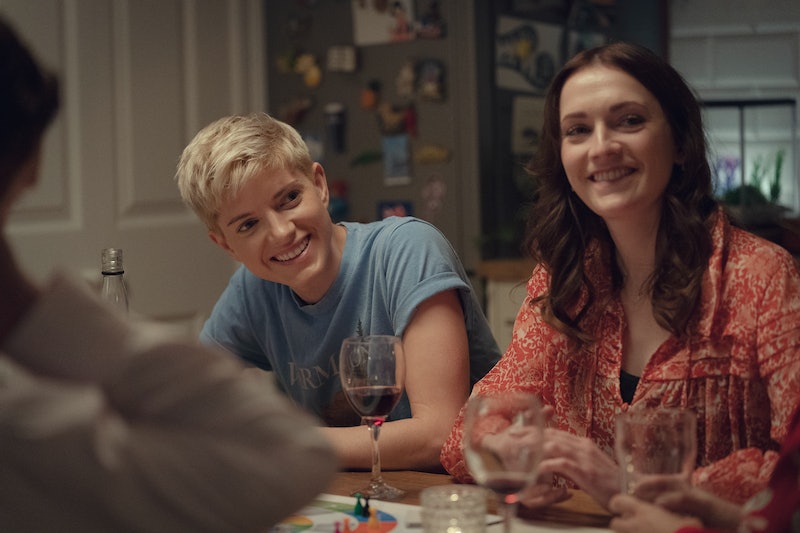 Just like the blissful honeymoon period between the irascible Mae and her chaotic girlfriend George, it turns out our time with the Netflix comedy Feel Good is going to be brutally short. The show’s first six-episode series premiered in March 2020, just as audiences in the UK and US were starting to shelter inside their homes amid the coronavirus pandemic. Feel Good’s second and final season drops on Friday, June 4, just as vaccines are finally liberating them again.

The good news is that this isn’t a surprise cancellation. The British comedy, formerly a partnership between Netflix and the UK’s Channel 4, was renewed by Netflix exclusively for one more season in December 2020. For writer and star Mae Martin, who uses they/them pronouns, it was a welcome announcement. At the time, Martin was “beyond excited” to take Mae and George through to the “dramatic” conclusion that, with their writing partner Joe Hampson, was “always planned.” The timing was also something of a personal reprieve for Martin. “Having spent most of 2020 speaking only to my kettle and my television as I watched the world burn on the internet, I’m euphoric to be around other human beings again,” they said in a statement.

Yes, the timing may have been strange, but making Feel Good has been a dream come true for Martin. “I grew up wanting to be a leading man,” they recently told the New York Times. Last spring, Martin told Bustle it was thrilling to see any show finally make it to air after 15 years performing stand-up and “7 million TV projects go[ing] in the garbage and not work[ing] out.”

It likely doesn’t hurt that the end of Feel Good is also the start of something else. Netflix is producing a second show with Martin and Objective Fiction, the production company behind the British standout Peep Show. So far, not much has been announced about the upcoming project, including a plot, cast, or premiere date. For Martin fans looking for more and fast, a short UK comedy tour scheduled for this fall was recently announced. As if you needed additional evidence of the world’s appetite for Martin, several dates are already sold out.