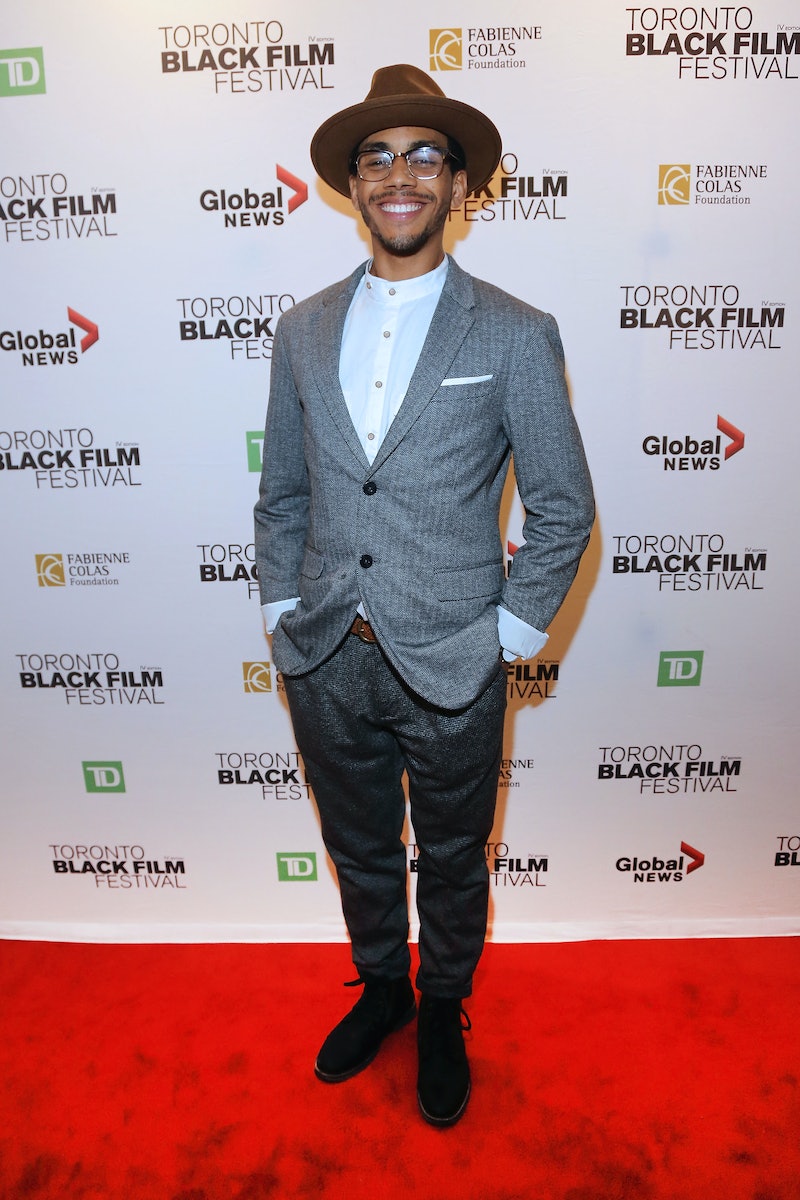 On March 2, 2021, People reported that former Degrassi: The Next Generation actor Jahmil French died at 28 years old. His rep's statement read, "He will be remembered by many for his passion for the arts, his commitment to his craft, and his vibrant personality. I ask that you keep his family and friends in your thoughts and prayers at this difficult time." Following the news of his untimely death, former Degrassi stars are paying tribute to their friend and fellow castmember.

"So grateful for memories and deep convos with you, beautiful angel," tweeted costar Melinda Shankar, who played his character's girlfriend Alli on Degrassi: The Next Generation. "Blessed that we got to be part of a big dysfunctional family together. Thank you for sharing your gift with the world. I just hope you knew how loved you were." Shankar also shared sweet throwback shots of the pair goofing around during their time on the show.

Costar Lyle Lettau wrote about his favorite memories with French, from their time acting together in a nerve-wracking scene to a random encounter that would prove to be their last. "He gave me so much kind energy — hugging me and saying, 'Look at this guy!' then telling me I was a f*ckin rockstar." He continued, "We hadn't kept in touch, and I hadn't seen him for quite a while, yet in that brief moment we shared, he made me feel like... well, a f*ckin rockstar. That was pretty cool of him. I never forgot that."

Sam Earle, another costar, also noted French's positive energy, tweeting that "Jahmil had such talent and charisma that it would have been intimidating were he not also a real gentleman."

Jessica Tyler wrote about acting alongside French for several years and shared, "We grew up together, all of us. There are so many memories to look back on ... at the end of the day, we are a family. Always have been, always will be. We are bound together, forever, by the unique experience we call, Degrassi. A place that many of us would call home to this day."

Costar Luke Bilyk, a friend on and off-screen, also took to Instagram to remember French. "You’re a light my brother and I’m so happy we got to experience this crazy life together," he wrote.

French was also remembered by more recent collaborators he's worked with since his time on Degrassi. Joshua Safran, who created the 2019 Netflix series Soundtrack in which French starred, described the actor as a "good friend" and "all around inspiration" in a tweet. French's Soundtrack costar Christina Milian commented on his most recent Instagram post and wrote, "You will be missed. 😢 Rest peacefully King."

Salvatore Antonio, who served as a story editor on Schitt's Creek, also tweeted about his connection to the late actor. "Jahmil was such a special human," he posted. "A long-time acting student of mine, & my mentee. He was fearless and brilliant in his pursuit, and I’m so sad we won’t get to see more of his gift. I’m so grateful to have crossed paths with him, and I wish him eternal peace."

More like this
'Friends' Star Maggie Wheeler Offers Support To Matthew Perry After Reading His Memoir
By Alyssa Lapid
'RHOSLC' Star Jen Shah Refuses To Do A Post-Sentencing Interview With Andy Cohen
By Brad Witter and Jake Viswanath
'GoT' Star Emilia Clarke Says She "Just Can't" Watch 'House Of The Dragon'
By Brad Witter
At 28, Debra Jo Rupp Was Living A Much Different '70s Show
By Grace Wehniainen
Get Even More From Bustle — Sign Up For The Newsletter
From hair trends to relationship advice, our daily newsletter has everything you need to sound like a person who’s on TikTok, even if you aren’t.