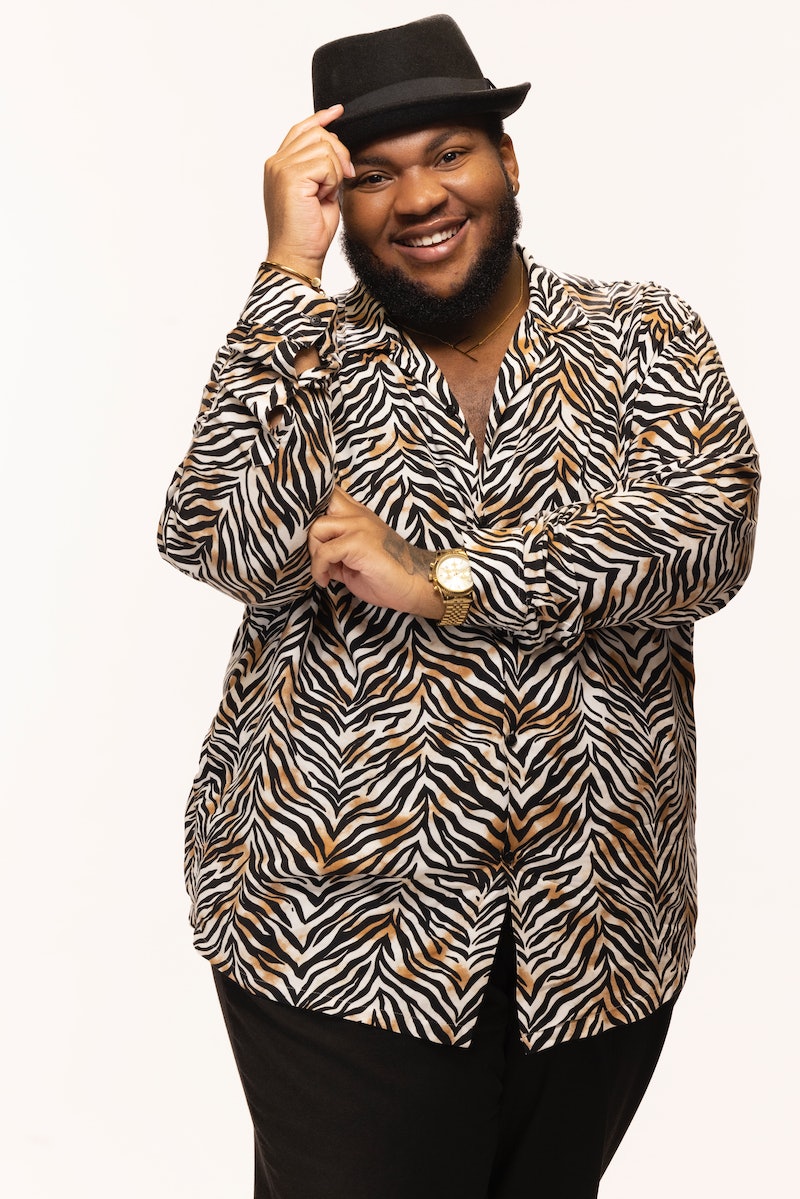 Tom Dymond/Netflix
By Gretchen Smail
May 4, 2022

“Let’s be frank,” Frank Grimsley teasingly says in his intro for The Circle Season 4. “The money is already mine, baby. It’s in my account already. I already checked.”

Hailing from Maryland, the 28-year-old describes himself as “the big boy with a big personality” who knows how to win his fellow contestants over with “a little bit of Southern charm” mixed in with communication skills learned from his job. He adds that he’s a big proponent of body positivity and wants to push back on any negative connotations people might have about him: “I’m confident in my body ’cause why shouldn’t I be?” he says. So there are no catfishing plans here: While body positivity influencer Sean Taylor pretended to be her straight-size friend in Season 1 to open a conversation, Franky is proudly going into the game as himself.

Here’s everything else to know about him.

Frank is a licensed therapist who works as a school social worker, presumably in or near Maryland. He tends to share his wisdom on his own Instagram account: “A gentle reminder that no matter how hard you try, everyday won’t feel good. Some days will be hard as hell no matter how hard we try to pull ourselves up,” he wrote in a Jan. 31 post. “And that’s completely fine. Embrace each day with purpose filled passion.” And in the show, he says he can definitely see his job, which requires him to listen and chime in with insight, as something that could definitely put him ahead of the competition.

On top of being a therapist, Frank’s Instagram proves he also has an impeccable fashion sense, and his feed is like taking a tour of his closet. He has plenty of impromptu photoshoots featuring him wearing tailored suits, cozy sweaters, and colorful statement tops. And he often intertwines his love for fashion with messages about finding clothes that make you feel comfortable. He noted in a Jan. 21 post that he likes the brand Asos, for example, because it has a good plus-size men’s section to browse though. “I know the app in and out and probably can shop in my sleep,” he joked in the caption. He also often collaborates with the body positivity account @plussize_meplz, which hosts inclusive events like a swim soirée.

Naturally, Frank often uses his Instagram to share messages of body positivity, often using his fashion shoots to spread his thoughts about how society and the fashion industry treat bigger bodies. In an August 2020 post featuring him in a sharp yellow suit, Frank wrote that shopping when he was growing up always presented some unique challenges. “The ‘husky’ section was always very limited and thrown in the back of the store because quite frankly, nobody cared about the select few little, fat boys that needed clothes to go back to school, or at least that’s how I felt,” he wrote. He felt like he grew up being told his body “wasn’t good enough,” and said it frustrates him to this day many companies still don’t offer larger sizes. But he added that he’s hopeful things will continue to change.

In the meantime, “I’ll continue to find creative ways to make sure that my individual fashion moments as a fat, black boy are expressive, memorable, unapologetic and iconic,” he wrote. “I refuse to let my story in this body be told any differently!”

Frank knows that he can use his time as a therapist to build deeper connections with people. “That’s going to be my strategy,” he says. But he also added that though he’s known for helping people, he can be as “shady” as he needs to be to win the game. “But I’m going to ease the shade in there because I don’t want a target on my back,” he added. “I can throw a whole shade tree if necessary, and I don’t want to do that.”