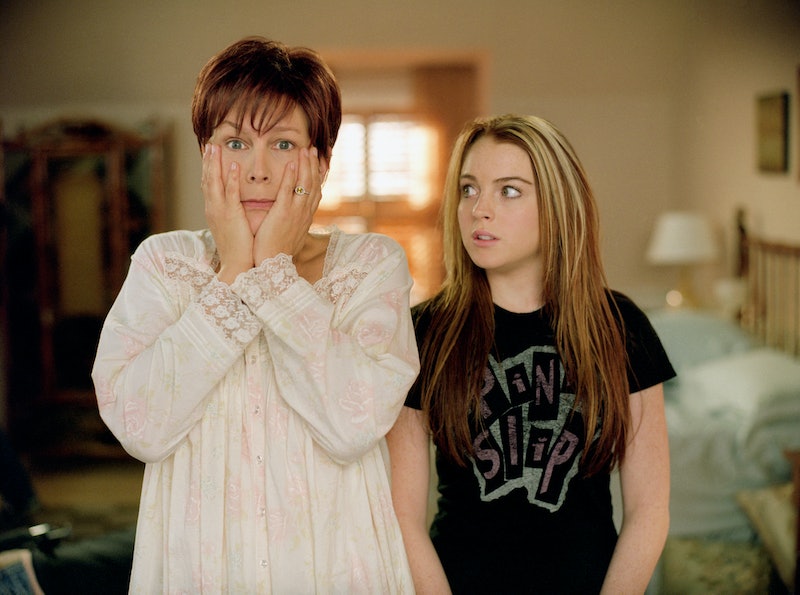 A firm favourite among us all, Disney’s 2003 remake of Freaky Friday may be coming back for a round two. The film famously depicts a combative mum and daughter, who end up swapping bodies during a very freaky Friday. During an appearance on U.S. talk show The View, Jamie Lee Curtis, who played the uptight mum in the family classic, revealed she has been pitching sequel ideas to the network. “I’ve already written to Disney, my friends at Disney. I’m in their new Haunted Mansion movie,” she said. “Creatively, I am wide open.”

And fear not, as Curtis is eager to have her former co-star and on-screen daughter Lindsay Lohan involved. The actor noted: “She [Lohan] just made a Christmas movie, I believe, and she got married… It’s all good. Bring it!”

Giving insight into what the sequel could entail, Curtis continued: “Let me be the grandma, let me be the old grandma who switches places. So then Lindsay gets to be the sexy grandma, who’s still happy with [my on-screen husband] Mark Harmon in all the ways you would be happy with Mark Harmon.” Remarking on the differences in their age since filming the original — Curtis is now 63 and Lohan is 36 — she added: “I would like to see Lindsay be the hot grandma, and I would like to see me try to deal with toddlers today. I want to be a helicopter parent in today’s world.”

If anyone can get the film made it’s Curtis, who is still in regular contact with her on-screen daughter. Whilst in Mexico City promoting her new movie Halloween Ends, in which she reprises the iconic role of Laurie Strode, the actor revealed she recently received a text from Lohan, who is currently in Ireland making the Netflix film Irish Wish.