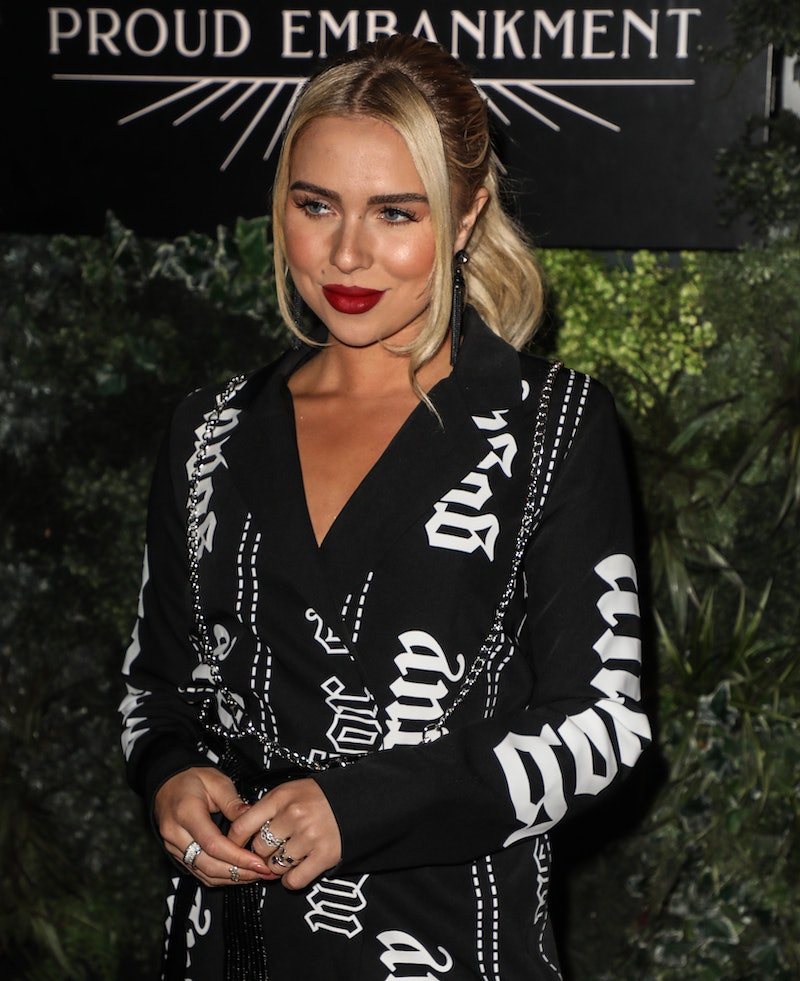 One of the rookies on Season 36 of MTV's reality game show The Challenge is Gabby Allen — a reality star who's best known for being on Season 3 of Love Island UK. After the fan-favorite finished in fourth place alongside her then-boo, Marcel Somerville, Gabby joined Series 22 of Celebrity Big Brother UK. She made it to the finals there, too. Even though she's new to The Challenge world, it's clear Gabby could be a force to be reckoned with on this Double Agents season.

Since leaving Love Island UK, Gabby's love life has been tumultuous, to say the least. After being cheated on by Marcel while they were on vacation together, the two split up. Gabby eventually began seeing Myles Stephenson, a member of the X-Factor-winning English R&B group Rak-Su. That relationship ended after rumors surfaced of Myles sexting with other women while he was dating her — a story that was confirmed by Gabby herself.

Following months of rumors, in August, Gabby confirmed she was in a relationship with Brandon Myers, a model and cast member from Ex on the Beach UK.

In addition to her blossoming relationship, Gabby works as a personal trainer. Since the coronavirus pandemic has forced lockdowns across the world, she's taken her talents to Instagram, posting at-home workout videos for her 1.1 million followers. To boost her reach, she even started a separate health and fitness page called Shape Up with Gabby Allen, which boasts more than 24,000 followers.

Although Gabby may seem sweet, she's no stranger to competition and credits her social media skills and relationship-building with her success on reality television experiences. Also, Gabby's background as a professional dance teacher and current job as a fitness trainer means there's a good chance she can hold her own when it comes to physical strength and endurance. Watch out, Challenge veterans!

More like this
What Exactly Is The Bish & Chips Show?
By Frances Stewart
Molly-Mae & Tommy Fury Shared The Cutest Gender Reveal Video
By Sophie McEvoy and Sam Ramsden
Kelly Mi Li Teased A Mysterious New Boyfriend In 'Bling Empire' Season 3
By Brad Witter
Ekin-Su & Davide’s ITV Travel Show Finally Has A Name
By El Hunt and Sophie McEvoy
Get Even More From Bustle — Sign Up For The Newsletter