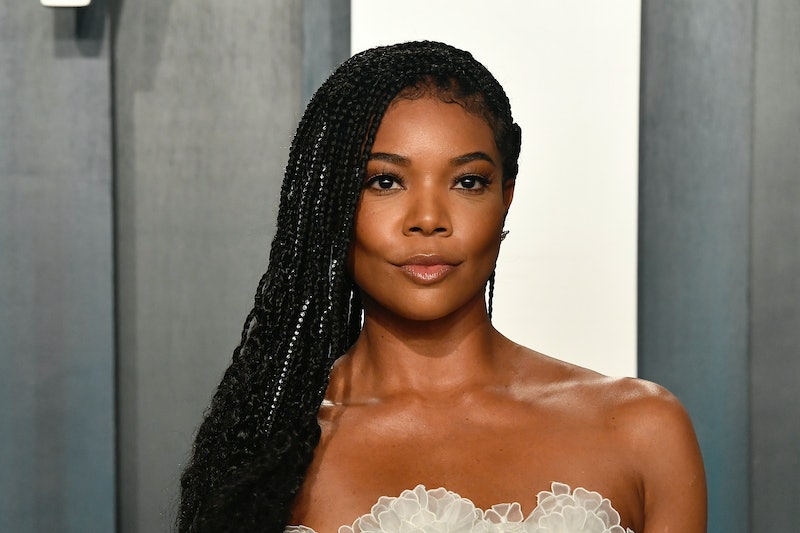 About a year after her controversial departure from America's Got Talent and her subsequent claims that the show created a toxic wok environment, Gabrielle Union isn't letting critics of her AGT lawsuit "gaslight" her about her experiences. In a new interview with Marie Claire, which was published just one week after she settled her discrimination suit with NBC Universal, the actor said she has no regrets for refusing to remain silence in the face of racist micro aggressions.

In November 2019, Variety reported that Union's contract with AGT had not been renewed after just one season as a judge, as the actor had expressed concerns over the "toxic" environment on set; in June 2020, the actor filed a discrimination and retaliation complaint against NBC Universal, Simon Cowell, and the show's production companies, citing racial discrimination and intimidation. Union explained to Marie Claire that while she originally signed on to judge the talent competition thinking it would be fun, producers soon inundated her with "excessive notes" about her appearance — most notably, she was allegedly told that her hairstyles were "too wild" for AGT's audience.

"I should be able to exist however the f*ck I want to exist, because if you’re hiring Gabrielle Union for my talent, then my talent is going to come out of my body in every way, shape, and incarnation that I can imagine," she explained about the "micro aggressions" of having her hair policed. "You’re getting more bang for your buck the more you allow me to exist as I see fit."

In addition to the excessive notes about her appearance, Union explained that she had to contend with some "wildly problematic behavior" from fellow judge and AGT producer Simon Cowell. In her complaint, Union also cited hearing racist jokes and comments from guest judge Jay Leno, health code violations caused by Cowell's incessant indoor smoking — Union is allergic to cigarette smoke — a lack of diversity on set, and allegations that NBC Entertainment Chairman Paul Telegdy attempted to "silence and intimidate" her against speaking out about everything she experienced. On Sep. 29, Union and NBC Universal released a joint statement stating they had reached an "amicable resolution," adding that the network "appreciates the important concerns" she raised with her complaint.

Before reaching that resolution, however, Union had to withstand accusations from skeptics who thought her complaint was filed out of revenge for being fired, and that the allegations weren't so bad. "That very sentiment is how all of this has been allowed to go on for centuries," she said. "That kind of gaslighting, I categorically reject. You are not going to gaslight me into minimizing my trauma, which is exactly what allows this to continue on for the next person."

While she often made herself as "small and palatable as possible" as a younger actor, Union said that she "emptied out my basket of f*cks" when she turned 40, and doesn't want to stay quiet any longer. "I cannot center fear in my life," she explained. "I can’t center functioning from a fear of scarcity. They say silence is violence, and I refuse to be complicit in my silence. I have to be fully present in my body and fully free."

Despite the "brutal" experiences she endured both on set and in the months after leaving AGT, Union hopes that her decision to speak out will inspire and empower other people who are in similar situations. "The more you are transparent and the more you speak truth to power, it creates more space for other people to claim their reality, to claim their pain, to claim their healing, and, if you want, to claim your justice," she explained.