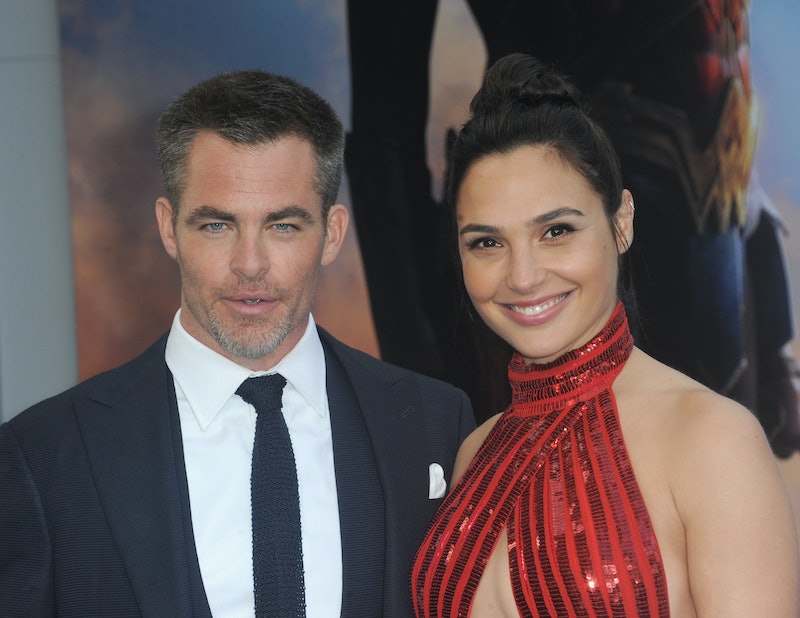 No wonder Diana Prince and Steve Trevor’s bond was so believable. In honor of Chris Pine’s 41st birthday, Gal Gadot shared behind-the-scenes Wonder Woman 1984 photos of the good friends joking around and laughing on set — apparently to the point of pain.

“To the one who can make me laugh till my stomach hurts,” she captioned an Aug. 26 tribute to her co-star, adding heart and stuck-out tongue emojis. “Thank you for helping me ruin the best takes.”

Ahead of the Wonder Woman sequel’s December 2020 release, Gadot also described the fun she and Pine had while filming their second blockbuster. “We laughed so much all the time, like literally, and I’m the easiest to break,” she told Entertainment Weekly of Pine, with whom she first shared the screen in 2017. “I’m super easy to get to laugh. He literally calls me ‘Giggles Gadot.’”

In the same interview, Gadot, who’s been married to Israeli businessman Jaron Varsano since 2008, explained that her and Pine’s natural partnership is what made Diana and Steve’s love story so unique. “With Chris, it was super organic and it was such an easy back-and-forth, it felt like a dance,” she added to the magazine, noting that they felt like they’d “created it on the spot.”

Ironically, director Patty Jenkins said she never even got Gadot and Pine together for a chemistry read prior to casting them in 2017’s Wonder Woman. “I was just so sure that he was the one that it wasn’t really until I was on set and then you saw the two of them together that you saw how great,” Jenkins told EW. “I don’t know that anybody ever expected that they would be so great that I think that they’re one of the great on-screen romances.”

Pine, for his part, similarly praised Gadot, explaining that “truly what you see is what you get” with the actor, whom he described as a “bubbly, bright, loving, kind, curious person.” The actor, who’s been dating British actress Annabella Wallis since 2018, added that he was “just continually blown away” by Gadot during their first film together and “even more in the second.”

The proof of their strong chemistry can also be found in outtakes. Gadot posted a compilation in March to promote the digital copy of Wonder Woman 1984, captioning it, “Ever wonder what filming with the most wonderful team looks like?” The behind-the-scenes moments are full of smiles, especially when Pine and Gadot are literally on the floor laughing at one point.

Although Gadot is already confirmed to star in a third Wonder Woman movie, Pine’s possible participation remains unclear given what happened to Steve in both the first and second films. Should he return, however, there are sure to be plenty more on-set laughs in store for the two actors.