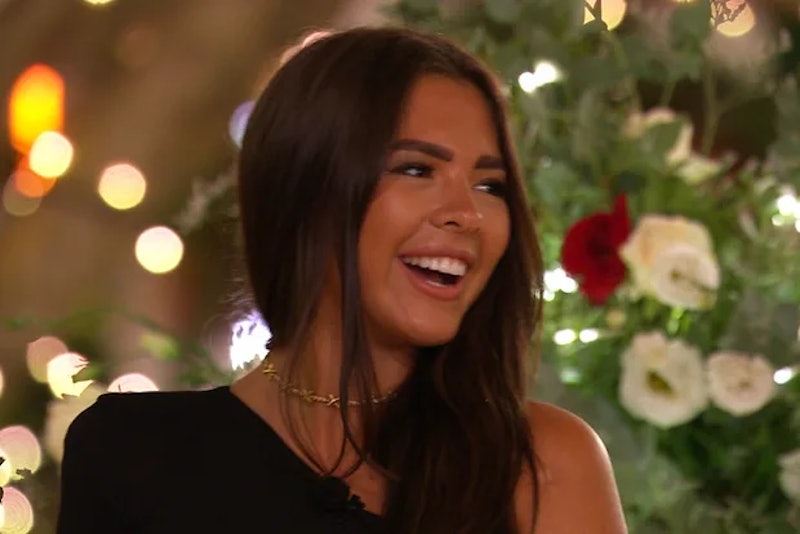 Forget about the small matter of finding love and winning the £50k prize money, for many Love Island contestants, the battle to become the show’s highest earner outside of the villa is the biggest challenge. And now all eyes are on 2022 runner-up Gemma Owen, who recently signed a deal with fashion house Pretty Little Thing. This sees Michael Owen’s daughter follow in the footsteps of Love Island’s most successful export, Molly-Mae Hague, who now serves as PLT’s creative director. But how else is Gemma Owen bringing home the pay checks? Read on to find out.

How Does Gemma Owen Make Her Money?

Owen has inked a deal with Pretty Little Thing, reportedly worth a lucrative six figure sum. As part of the year-long partnership, the former Islander will launch her own collections, create content for the brand’s social media channels, and help to set up PLT Marketplace, according to The Daily Mail. The new re-selling platform represents a bid to move away from Pretty Little Thing’s reputation for fast-fashion, which came under further fire after former Love Island bombshell Brett Staniland attended a protest calling for fair wages for all workers at the brand. This year, meanwhile, Love Island made a big switch, opting to deck Islanders out with a wardrobe of pre-loved clothes from eBay.

Taking to Instagram, Owen wrote: “PLT is a brand that I have followed the success of for many years. I’m a PLT customer, it’s been my ‘go-to’ brand in many instances. It feels like a dream to be able to help design and create my own collections with PLT and I can’t wait to get started working with the talented team at the PLT HQ that have already made me feel so welcome.”

During the first lockdown in 2020, Owen launched her own swimwear brand, OG Beachwear. According to publicly-available records, the company made a loss of £756 last financial year, but an insider recently told The Sun that Love Island may well help to boost her swimwear line’s profile back up again. “Weeks spent lounging about in a bikini is going to give her beachwear line the sort of boost most firms can only dream about and make her a huge star herself,” they said.

Since entering Mallorca’s best-known dwellings, Owen’s Instagram following has soared to 2 million, with OK! estimating that the influencer and dressage rider could charge around £8.8k per sponsored post. And of course there’s another upshot, too, as it means even more eyes on Owen’s swimwear venture.

Owen’s dad is former England player and Liverpool FC legend Michael Owen, worth an estimated £54m. The 19-year-old Islander still lives at home in her family’s £4m mansion in North Wales. Michael’s wealth most likely helped to get his daughter started in the world of international dressage, an expensive sport which requires a huge amount of investment between paying for horses, training and lessons, practice spaces, and travel to competitions around the world. Meanwhile Gemma’s mum Louise founded Manor House Stables back in 2007, and has been equally passionate about horse-riding since childhood.

Before entering ITV2’s notorious villa full of singles searching for love, Owen competed as an international dressage rider for Team GB, and is currently riding a horse called Sirius Black. The young athlete has three competition wins under her belt in total, and won £500 when she last nabbed first place at Keysoe International in 2020, according to FEI. The Liverpool Echo, meanwhile, estimated that Owen’s wage as a dressage rider was £136 per hour.

What is Gemma Owen’s Net Worth?

Owen’s exact net worth at this time is unknown. The reality star hasn’t revealed exactly how much her deal with Pretty Little Thing is worth, but the fact it’s in the six-figure ballpark, means the former Islander’s net worth is most definitely on the rise. And with her social media following growing by the day, it’s more than likely that Owen will begin earning even more money on that platform, too.

Suffice it to say, we doubt Owen is worried about missing out on the Love Island £50k winner’s check.

More like this
Twitter Can’t Get Enough Of The Romance In 'Ekin-Su & Davide: Homecomings'
By Sophie McEvoy
Here’s What Happened To Every 'Love Island' UK Couple
By Bustle UK
Mike Tindall’s High Earnings Amount To A Royal Flush
By Darshita Goyal
Chris Moyles Is One Of The Richest 'I'm A Celeb' Campmates
By Sam Ramsden
Get The Very Best Of Bustle/UK