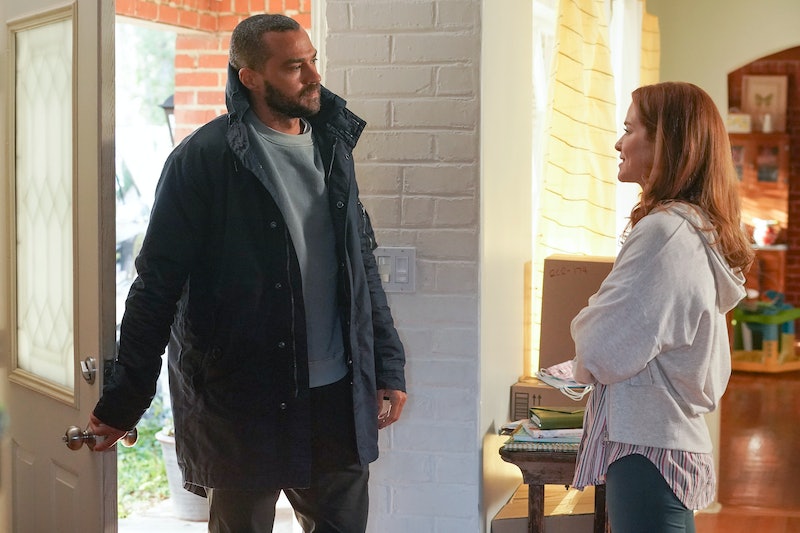 ABC/RICHARD CARTWRIGHT
By Grace Wehniainen
May 7, 2021

Spoilers ahead for Grey’s Anatomy Season 17, Episode 14. By the time Jackson and April shared that sweet hug in their May 6 reunion episode, having resolved to move to Boston together, Grey’s Anatomy fans were already dreaming of an East Coast spinoff for the beloved couple. The setup is too perfect not to: With Jackson heading up the Catherine Fox Foundation to help foster racial equity in medicine and April continuing her outreach with the unhoused, the hypothetical spinoff could see them live professionally and personally fulfilling lives together.

As of right now, the dream-team spinoff exists only in the hearts of the couple’s most ardent Japril shippers — and on Twitter. Shortly after the episode aired, user livkellyn91 wrote, “Can we now please get a #Japril in Boston taking over the world spinoff?!” and received a flurry of support from fellow fans. The most notable proponent was head Japril shipper herself, Sarah Drew, who simply replied to the tweet, “I mean... not a bad idea...”

Drew and Jesse Williams have some serious chemistry on Grey’s, with their latest episode proving that they could pick up right where they left off in terms of playful banter and more serious heart-to-hearts, too. Their characters also share plenty of history, having first stepped into the hospital all the way back in Season 6 when it was the newly minted Seattle Grace Mercy West. On Grey’s, that kind of tenure is something special: Due to a myriad of exits on the show (prompted by plotlines involving secret twins and car, truck, and plane crashes), only a handful of characters have been around longer.

Plus, Meredith may be OK, but the fate of Grey’s Anatomy is still very uncertain at this point. The idea of a spinoff for ABC — one that could all but guarantee a healthy viewership of longtime fans and attract some new ones — would make sense on a practical level.

Besides Drew’s playful nod to her spinoff-hopeful fans, no one from the Grey’s camp has mentioned a possible series. In a statement shared with People, Williams said that he was “immensely proud of our work, our impact and to be moving forward with so many tools, opportunities, allies, and dear friends.”

A spinoff may not be in the works just yet, but fans are still celebrating Japril’s reunion and the idea of them working together in a new locale.

Several Twitter users thought April’s “fingers crossed for new horizons” quote from the episode could point to a potential title for the dream spinoff.

Regardless of whether or not a spinoff happens (fingers crossed, of course), expect to see more bittersweet moments from Jackson when he officially says farewell in the May 20 episode of Grey’s. And bring some tissues — from the promo alone, it looks like Jackson will share an emotional goodbye with Meredith before he jets off to Boston.