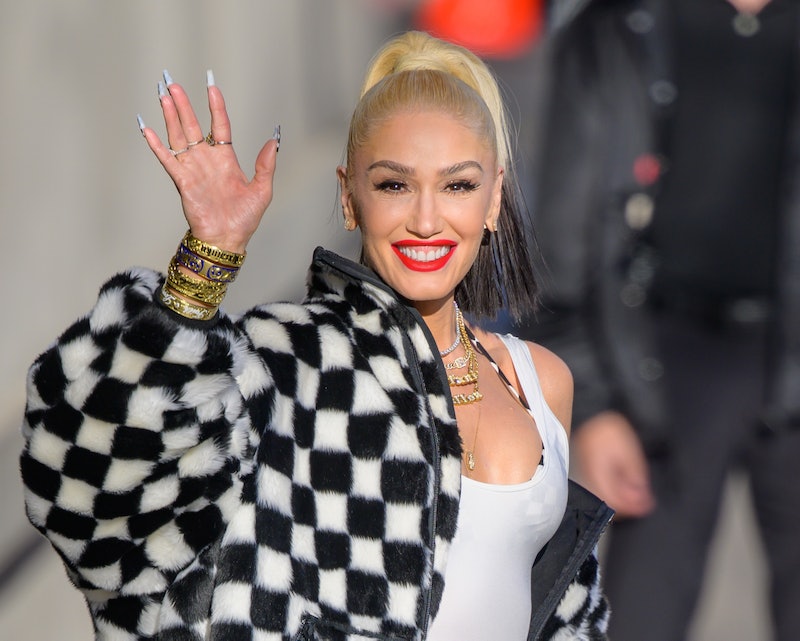 Gwen Stefani and Blake Shelton are one of the music industry’s most celebrated couples. Having met as co-judges on NBC’s The Voice in 2014, Stefani and Shelton finally tied the knot last summer. Their love story could have gone a lot differently, however, if Stefani landed a particular role in 2005.

During a recent appearance on The Ellen DeGeneres Show, a familiar anecdote of Stefani’s cropped up. When asked by DeGeneres if there was a movie role she auditioned for that people would be the most surprised about, the singer recalled the time she almost landed a role opposite Brad Pitt in Mr. & Mrs. Smith. Y’know, the film that became the catalyst for Pitt’s relationship with Angelina Jolie?

“Wow, that could have gone a whole different way!” DeGeneres exclaimed, to which Stefani replied: “That could’ve been a different story!” Forget Brangelina, it could just have easily been Brangani if the two shared a similar connection.

Stefani first revealed that she’d auditioned for the part during a 2008 interview with Vogue, where she spoke about how she connected acting to her energetic stage presence as a musician. “The whole acting thing really feels like something I could do. Whenever I’ve done it, whenever I had moments where it just works, it’s just like performing,” she said (via the Daily Mail). “You hit a moment. And that’s what movies are: a series of moments.”

She also told Howard Stern in 2016 that her aspirations of wanting to be an actress were overshadowed by her love of music.

While the musician may not have gotten that coveted role on Mr. & Mrs. Smith, she did find time to appear in episodes of Dawson’s Creek and Gossip Girl, as well as The Aviator and Zoolander. Stefani has also voiced characters in the MTV series King of the Hill and the first Trolls movie.