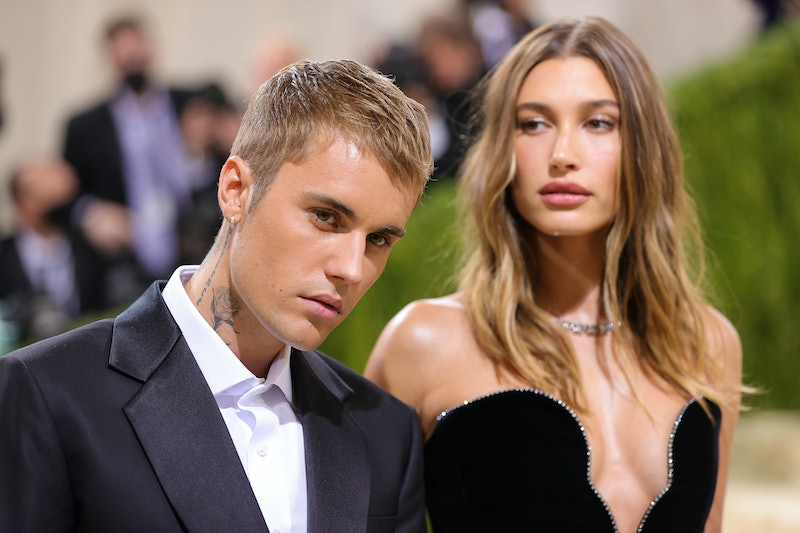 Just over three years into married life, Hailey Bieber has weathered plenty of rumors about her relationship with husband Justin Bieber. Because she knows the real stories, the 24-year-old model generally tunes out the noise — though there’s one recent rumor that she felt compelled to address during the Friday, Sept. 17 episode of the weekly 4D with Demi Lovato podcast.

“You have to know what the truth is behind everything. There’s so many narratives that float around about me, about him, about us together,” Bieber told Lovato. “There’s one big fat narrative that goes around that’s like, ‘Justin is not nice to her and he mistreats her.’ It’s so far from the truth. It’s the complete and utter opposite.”

In fact, Bieber added that she feels “lucky” that Justin is someone who is “extremely respectful” of her and makes her “feel special” every single day. “If the lie is, ‘They’re miserable in their relationship,’ well, the truth is that we’ve literally never been more obsessed with each other and we have so much fun together,” she said, noting that “everybody around who knows us personally would say the same thing.”

Indeed, Ireland Baldwin recently defended her cousin after multiple viral TikTok videos claimed Bieber cried on the Met Gala 2021 red carpet in response to the crowd chanting the name of Justin’s ex, Selena Gomez. (At one point, the model did inexplicably put on sunglasses, which she wore in several photographs, before entering the iconic New York City fashion event on Sept. 13. The clip also showed Justin appearing to mouth the words “Don’t cry, don’t cry” to his wife.) “They’re one of the happiest and most in love couples I’ve ever gotten the chance to be around,” Baldwin commented on one TikTok video. “They don’t care about them.”

That wasn’t the only rumor the couple sparked that evening, which also happened to be their three-year wedding anniversary. After Justin posed with his hand on Bieber’s stomach, pregnancy speculation began to swirl, though a source close to the couple denied that they’re expecting their first child and claimed that fans had simply read too much into an innocent pose.

The endless public scrutiny does get to Bieber sometimes. She shared with Lovato that she sometimes has “low days” when she thinks, “This is too much and all the things people are saying, I can’t take it today.” However, she added that “Justin does a good job” of supporting her. “He’ll come in and be like, ‘Well, the truth is this, the truth is that you’re good and you’re secure and you’re loved and all of your friends love you and your family loves you and I love you,’” she explained.

And those opinions seem to be the ones that matter most to her.

More like this
Justin & Hailey Bieber's Bond Is "Unbreakable" Amid His Ramsay Hunt Diagnosis
By Bustle Editors
Selena Gomez Is Fine Being Single, But She Still Manifested Romance On 'SNL'
By Martha Sorren, Jake Viswanath and Jack Irvin
Bachelor Nation's Blake Horstmann Is Dating 'Love Is Blind' Star Giannina Gibelli
By Jake Viswanath and Radhika Menon
Evan Rachel Wood Has Stayed “Good Friends” With Ex Katherine Moennig
By El Hunt
Get Even More From Bustle — Sign Up For The Newsletter